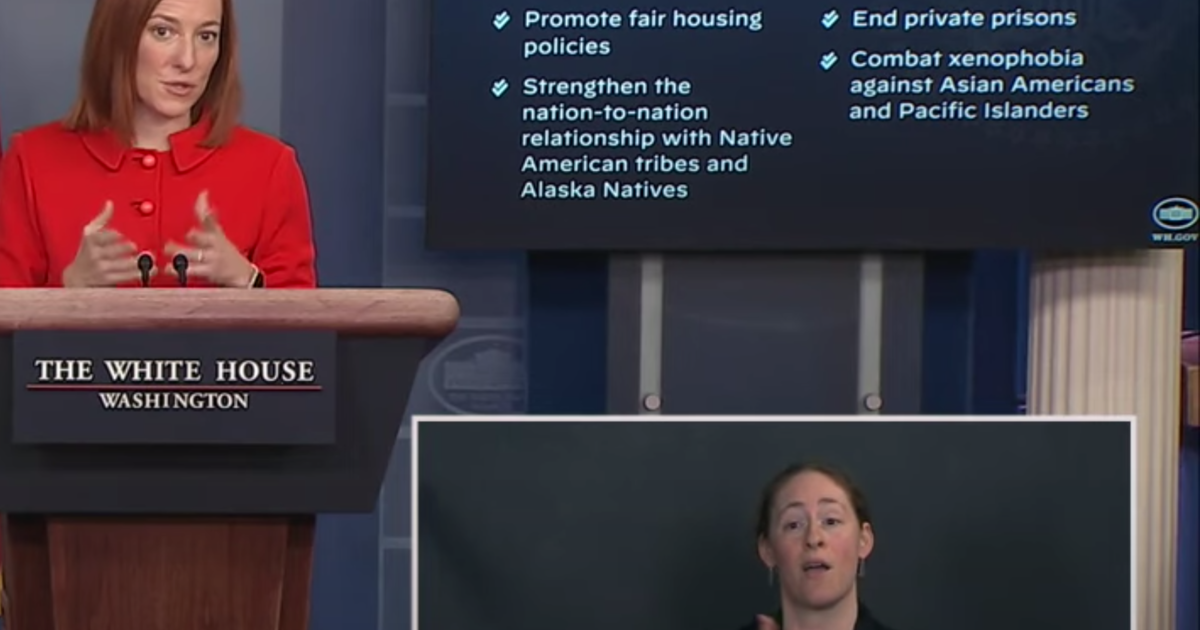 An American Sign Language (ASL) interpreter will attend every daily White House press briefing, Biden administration press secretary Jen Psaki announced on Monday. The decision, which has already been celebrated by advocates, will make the briefings more accessible to those who are deaf or hard of hearing.

Psaki announced the effort at the beginning of Monday’s briefing, saying it’s part of the Biden administration’s accessibility and inclusion efforts. On both Monday and Tuesday, an interpreter appeared on-screen alongside those speaking at the televised briefing.

“The president is committed to building an America that is more inclusive, more just, and more accessible for every American including Americans with disabilities and their families,” Psaki said on Monday.

The National Association of the Deaf called the move a “historic win.”

“There is more work to be done, but this is a great day for inclusion and access for the deaf and hard of hearing community,” the association said in a statement.

The Trump administration was also ordered to make an interpreter feed available to all television networks so they could show the interpreter in their live feeds, the AP said.

“Sign language and accurate captioning are both essential and crucial to ensuring all deaf and hard of hearing people are well informed and are able to make better decisions on how to stay safe from the pandemic,” NAD CEO Howard A. Rosenblum said in September. “The judge’s order sets a great precedent to achieve this goal of full accessibility.”

October 1, the date the order went into effect, was “the first time in history that any President of the United States has provided live American Sign Language (ASL) interpretation for any televised press briefing,” according to the NAD.