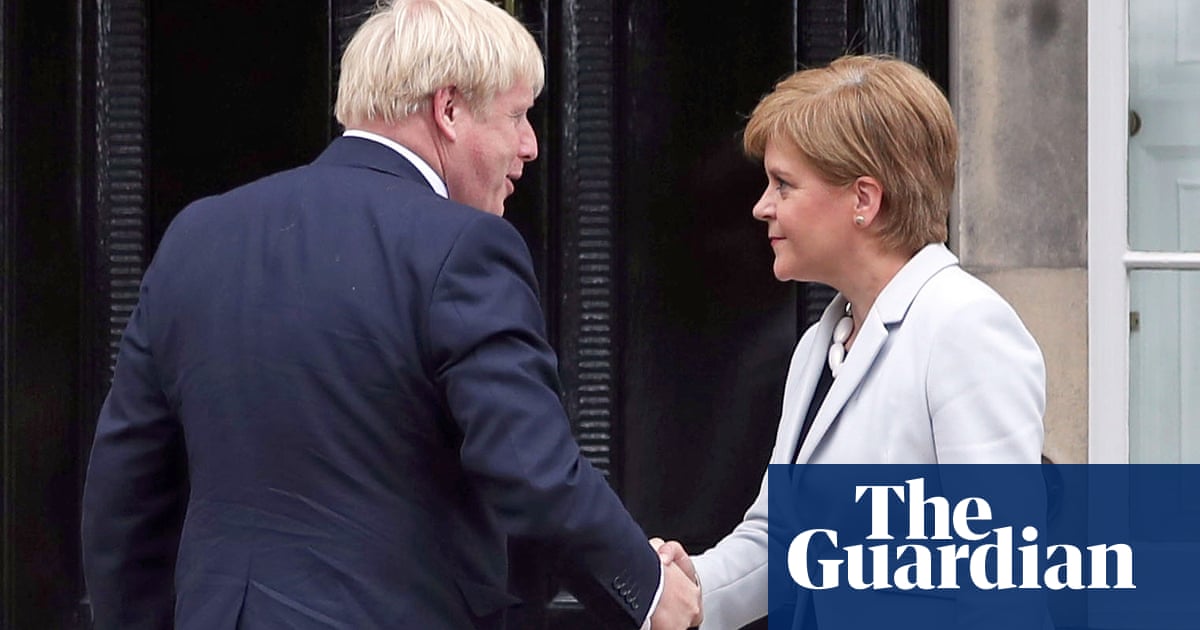 Nicola Sturgeon has questioned whether Boris Johnson’s planned trip from London to Scotland on Thursday is “genuinely essential”, suggesting his visit makes it harder to convince the public to stick to travel restrictions.

At her daily briefing, when she also warned that the UK government’s hotel quarantine plan for travellers “does not go far enough”, Scotland’s first minister said that while she was sure the prime minister and his advisers would take care to make sure no laws were broken, “we all have to make judgments on what we genuinely think is essential”.

Sturgeon said: “People like me and Boris Johnson have to be in work for reasons I think most people can understand, but we don’t have to travel across the UK. Is that really essential right now? We have a duty to lead by example and if we are going to suggest that we don’t take these rules as seriously as we should it gets harder to convince other people.”

She insisted that she was not saying the prime minister was not welcome in Scotland.

Sturgeon said she was concerned the UK government’s quarantine plan for international travellers from high-risk countries did not go far enough, describing it as “minimal” and claiming it left “far too many points of entry for the virus”.

She said she was not going to pre-empt the prime minister’s announcement on Wednesday afternoon but added: “I do have a duty at this point to say that I am concerned that the proposal does not go far enough and I’ve made that point very strongly in the four nations discussions that we’ve just had today.”

Sturgeon said while the Scottish government would initially emulate the UK government’s steps on enhancing quarantine arrangements, “we will be seeking urgently to persuade them to go much further and indeed to move to a comprehensive system of supervised quarantine”.

She said that, given all the practical issues involved, her preference was for consistent quarantine rules across the UK, but that if no agreement could be reached her government would set out its own additional measures next week.

She said the public should not be booking holidays overseas.

Sturgeon also paused the briefing for a few moments of silence to remember those who had lost their lives to Covid-19. Referring to the UK death toll of over 100,000 deaths, she said: “These numbers should make anyone in a position of authority – and I know they certainly make me – think very hard about what we could have done and what lessons we must continue to learn.”