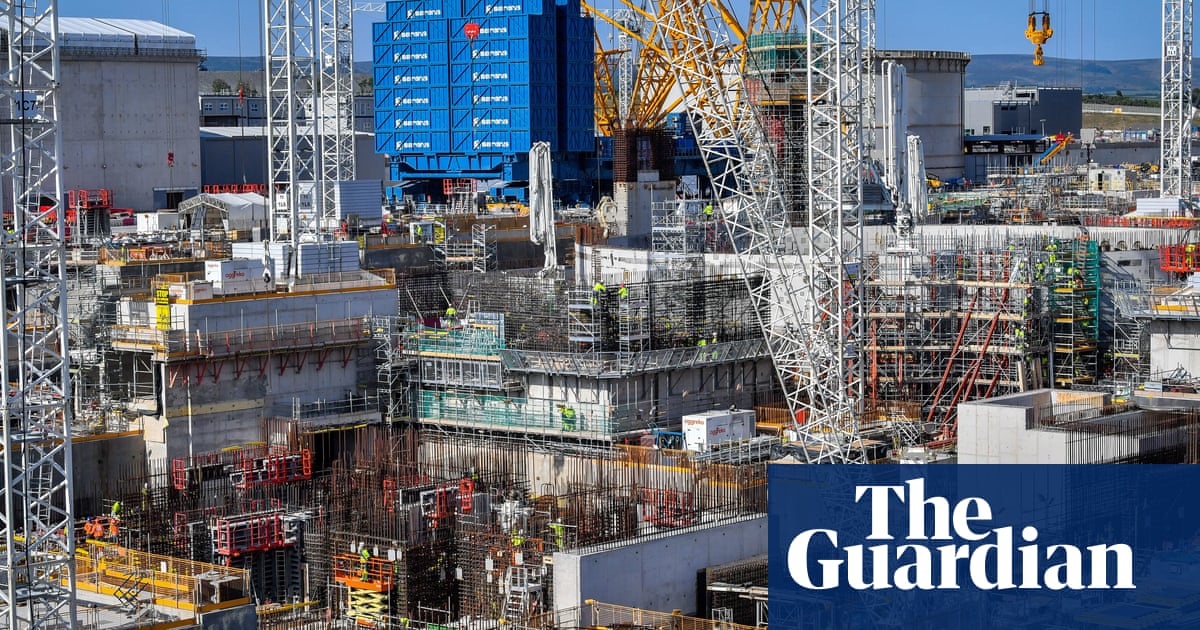 The Covid-19 pandemic could delay construction of the Hinkley Point C nuclear reactor by six months and raise its costs by £500m, according to its developer.

The fresh delays are expected to take the cost of the UK’s first new nuclear power plant in a generation to £23bn, EDF Energy said, and delay its launch to the summer of 2026.

Prior to the coronavirus outbreak, Hinkley Point was expected to start up by the end of 2025, at a cost of between £21.5bn and £22.5bn. However, EDF Energy, which is owned by the French state, said the pandemic had caused delays of three months last year and was expected to lead to similar delays in 2021.

“Ten months after it began, we are still facing the full force of the pandemic,” Stuart Crooks, the managing director of Hinkley Point C, said in a video message to employees.

He said that despite increasing the number of workers on the 160-hectare (400-acre) site in Somerset from below 2,000 to more than 5,000, physical-distancing requirements “still limit the number of people we can safely have on site at any one time”.

The Covid-19 delays have led to the second major cost increase for Hinkley in under two years after EDF Energy admitted in 2019 that construction costs had climbed by up to £2.9bn because of delays.

Hinkley Point’s costs have risen by £5bn in the last five years. It will cost almost double the amount to build as first thought in 2008, and will begin generating electricity almost a decade later than the original start date of Christmas 2017.

Crooks said: “None of this extra cost is carried by British consumers.”

The rising cost of the project will be shouldered by EDF Energy, which agreed a guaranteed price of £92.50 for every megawatt-hour of electricity produced by Hinkley, which remains unchanged by the delays.

EDF Energy is still estimated to make a return of between 7.1% and 7.2% on its investment, which will be paid back through energy bills. The nuclear plant is expected to add between £10 and £15 a year to the average energy bill for 35 years, making it one of the most expensive energy projects undertaken.

The government is in talks with EDF Energy to build a second nuclear reactor project with its junior partner, China’s CGN, at Sizewell in Suffolk to consolidate what it has learned from the construction of Hinkley Point.

However, ministers are unwilling to repeat a similar financing deal for Sizewell after fierce criticism from MPs, consumer groups and green activists, and hope to find a new funding framework to support the plans.