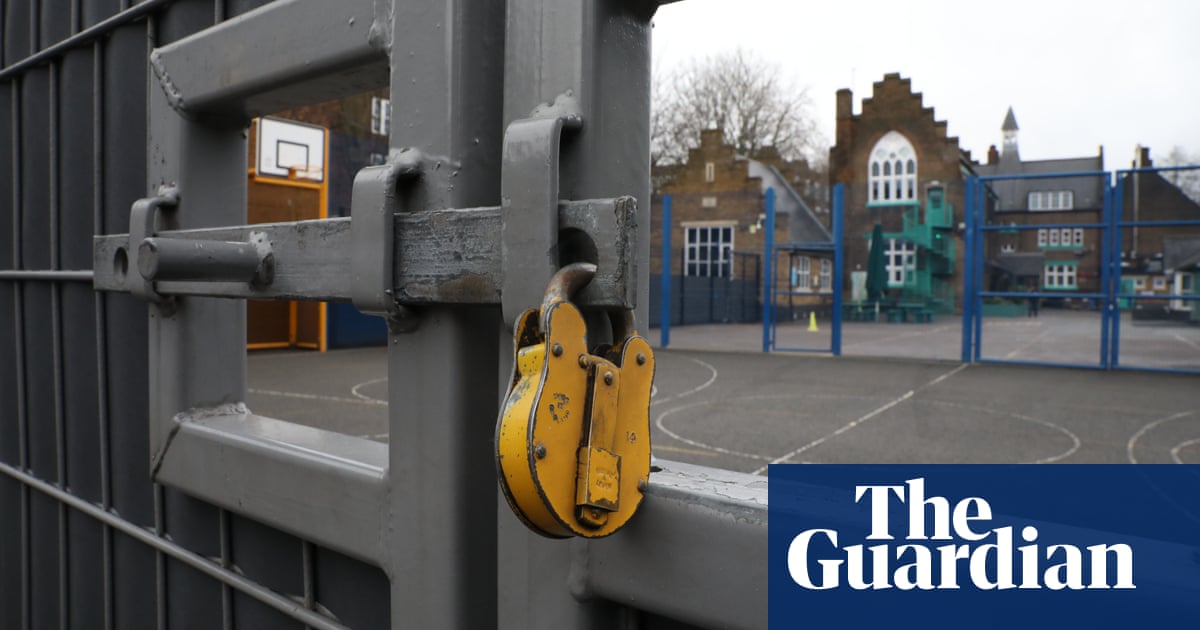 Boris Johnson has said he hopes to begin reopening England’s schools from Monday 8 March, and the date could be confirmed next month.

The prime minister said a firm decision would be taken in the week of 22 February, after the spring half-term – the date by which he had originally hoped schools would reopen.

He said the government would have a clearer picture by then of how the vaccines are helping to contain transmission of the virus and cut hospital admissions.

Johnson promised that in the week of 22 February the government would set out a “gradual and phased approach towards easing the restrictions in a sustainable way”, adding: “The first sign of normality starting to return should be pupils going back to their classrooms.”

He said: “By then we will know much more about the effect of vaccines in preventing hospitalisations and deaths, using data from the UK but also other nations such as Israel. We will know how successful the current restrictions have been in driving down infections.

“We will also know how many people are still in hospital with Covid, which we simply can’t predict with certainty today. So we will then be in a better position to chart a course out of lockdown without risking a further surge that would overwhelm the NHS.”

He said the 8 March date was based on the thinking that if the NHS is successful in vaccinating the four most vulnerable groups by 15 February, these people will have had three weeks to develop immunity.

The prime minister said he had sympathy “for parents and for carers who’ve spent so many months not only home schooling but meeting the myriad needs of their children from breakfast to bedtime.”

He said the government would extend free school meals over the February half-term, and provide a “catch-up premium” to facilitate extra teaching for children who have missed out on months in the classroom.

Johnson was delivering a Covid update to the House of Commons a day after official figures confirmed that more than 100,000 people have now died with the virus in the UK.

Marking that fact on Tuesday, the prime minister said: “We truly did everything we could, and continue to do everything that we can, to minimise loss of life and to minimise suffering.”

He told MPs on Wednesday that the best way of honouring the memory of those who had died was to “persevere against this virus with ever greater resolve”. He announced that 6.8 million people had now been vaccinated: 13% of the adult population.

Johnson confirmed that passengers from the countries already facing the toughest travel restrictions to the UK would now have to quarantine in government-provided accommodation. “They will be met at the airport and transferred into quarantine,” he said.

The Labour leader, Keir Starmer, had earlier called for all teachers and school support staff to be vaccinated during the February half-term, to help expedite the reopening of schools.

Johnson has promised to set out more details of how and when the lockdown will be eased in the coming weeks.

Teachers in England ‘should pick vulnerable pupils for early return’

The closure of schools across England was announced on 4 January alongside the lockdown, just a day after they had been allowed to open across most of the country.

The prime minister’s announcement on Wednesday came as no surprise to headteachers, who had been anticipating a further delay in reopening schools.

Geoff Barton, the general secretary of the Association of School and College Leaders, said: “Everybody agrees that getting all children back into class is vital as soon as possible, but this clearly cannot be rushed in such desperate circumstances, and we understand the government’s decision to extend the lockdown restrictions.

“What is crucial is that the government ensures that full reopening is done in a way which is safe and sustainable, and which inspires the confidence of education staff and the public.”