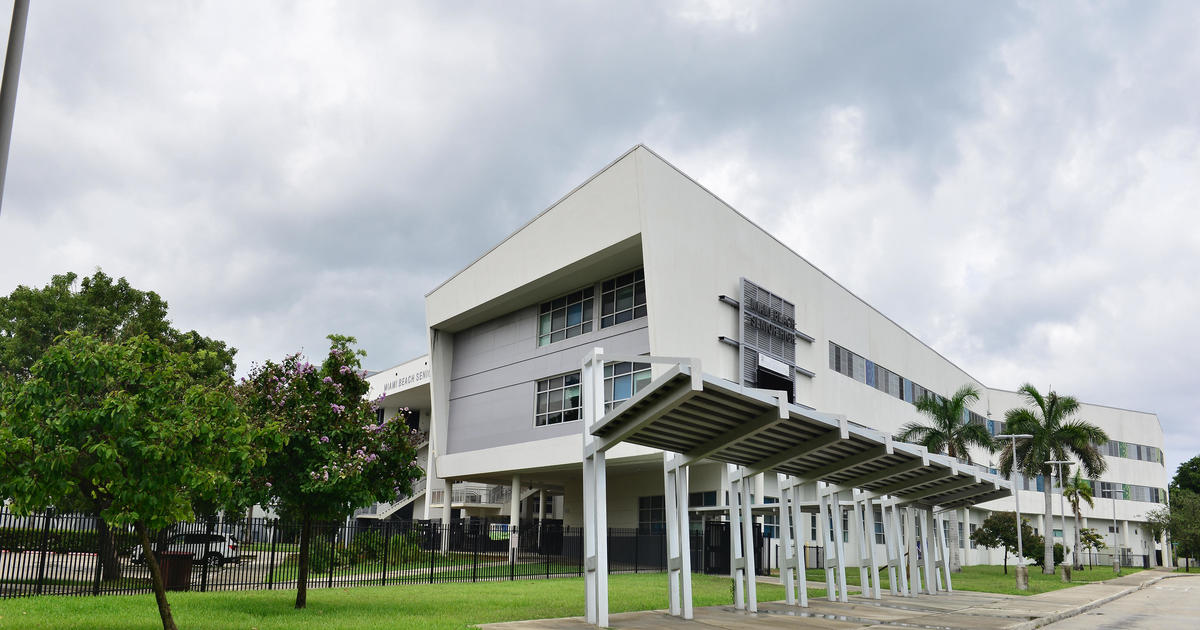 President Biden’s goal to reopen a “majority” of schools in his first 100 days does not apply to high schools, the White House confirmed to CBS News on Tuesday, and it’s not clear whether or when the White House will weigh in on a timeline for reopening the nation’s secondary schools.

Mr. Biden’s 200-page COVID-19 “national strategy” released last week and his statements to the press Monday only cite K-8 schools in his push to reopen “most” schools in his first 100 days.

“The United States is committed to ensuring that students and educators are able to resume safe, in-person learning as quickly as possible, with the goal of getting a majority of K-8 schools safely open in 100 days,” Mr. Biden’s “national strategy” released last week said.

The White House on Tuesday night reiterated that it is “prioritiz[ing] getting K-8 schools safely reopened,” omitting any mention of goals for reopening the nation’s high schools, which are also absent from its 200-page strategy.

High schools are only broadly mentioned in Mr. Biden’s “national strategy” in one paragraph that refers broadly to a presidential memo directing FEMA “to authorize and guarantee full access to disaster relief and emergency assistance for K-12 schools…”

The president is calling for “strong public health measures” to be in place so that his goal to reopen schools by April can be met.

“It should be a national priority to get our kids back into school and keep them in school,” Mr. Biden said on December 8. “If Congress provides the funding…[and] if states and cities put strong public health measures in place that we all follow, then my team will work to see that the majority of our schools can be open by the end of my first 100 days.”

The sharper focus on K-8 was not included in the “roadmap to reopening schools safely” Mr. Biden released during the general election. The White House explained why it’s focusing on younger children, arguing that they have had more trouble with remote learning and getting them back in the classroom will help their parents return to work.

“The President wants to see all kids safely back in school. He also understands that reopening is not a light switch. The truth is that remote learning has been particularly difficult for younger children. Further, if younger children safely resume in-person learning, it will greatly alleviate parents’ child care challenges and could potentially boost our economy by getting more parents back into the workforce,” a White House spokesperson told CBS News in a statement, “So we are going to prioritize getting K-8 schools safely reopened as quickly as we can, with a continued goal of getting all kids back to school.”

The White House spokesperson did not respond to CBS News’ inquiry about when high schools should be open again.

More than 70% of students nationwide are now using some form of remote learning and almost 20% are learning completely online, according to the National COVID-19 School Response Dashboard.

A possible reason for the differing goals in returning elementary and high school students to the classroom is the concern that older students may spread COVID-19 more than younger students, though this has not been cited by the White House. The World Health Organization (WHO), which the U.S. rejoined last week at Mr. Biden’s direction, summarized studies in October that suggested there have been more COVID-19 outbreaks in high schools than elementary schools.

Also on Tuesday, three Centers for Disease Control and Prevention researchers published analysis in the Journal of the American Medical Association Network finding, “[t]he preponderance of available evidence from the fall school semester has been reassuring insofar as the type of rapid spread that was frequently observed in congregate living facilities or high-density worksites has not been reported in education settings in schools.”

“Children absolutely need to return to in-school learning for their healthy development and well-being, and so safety in schools and in the community must be a priority,” American Academy of Pediatrics President Dr. Lee Savio Beers said on January 5 in a statement calling for additional resources for schools to reopen. “We know that some children are really suffering without the support of in-person classroom experiences or adequate technology at home.”

Concerns about students’ mental health has pushed some school districts to open more quickly. In Nevada, Clark County has seen 3,100 student mental health alerts since March and twice as many student suicides in 9 months as there were in the entire year before, according to a New York Times report a few days ago. The district, fearing a continued rise in student self-harm and suicides, has approved a phased-in return for elementary school grades, even though Las Vegas COVID infection and death rates remain high.

These stay-at-home statistics have intensified the debate about reopening schools, as some frustrated parents concerned about the effectiveness of remote learning find themselves pitted against some teachers (and their unions) who refuse to return to the classroom, citing their ongoing safety concerns.

When he discusses reopening schools, Mr. Biden underscores the importance of congressional passage of his $1.9 trillion COVID-19 relief legislative package, which includes hundreds of billions of dollars in direct financial assistance to schools, and state and local relief funds, to pay for school safety measures during the pandemic.

“The work to reopen schools is inherently local, and the Administration will be a partner to those on the ground who are steeped in the work of safe reopening,” Mr. Biden’s national strategy states. In that vein, the president has detailed how federal money could be used for additional resources like “regular” COVID-19 testing and vaccinations for teachers, providing additional personal protective equipment, hiring additional teachers, nurses and counselors, and even expensive school infrastructure improvements like updating ventilation systems.

In the interim, Mr. Biden’s Jan. 21 executive order “supporting the reopening and continuing operation of schools,” mentions high schools (referred to as “secondary schools”) six times alongside elementary schools, but the executive order only directs the education and health and human services secretaries to provide guidance and data on secondary school reopening.

This executive order contains no guidelines on high school reopening alongside K-8 schools.

But further guidance on high school reopenings may be coming, since the White House national strategy promises to deliver “a handbook that helps schools and local leaders implement the precautions and strategies necessary for safe reopening.”

The White House national strategy does offer one other possibility for getting kids into physical classrooms this year: “Summer school.”