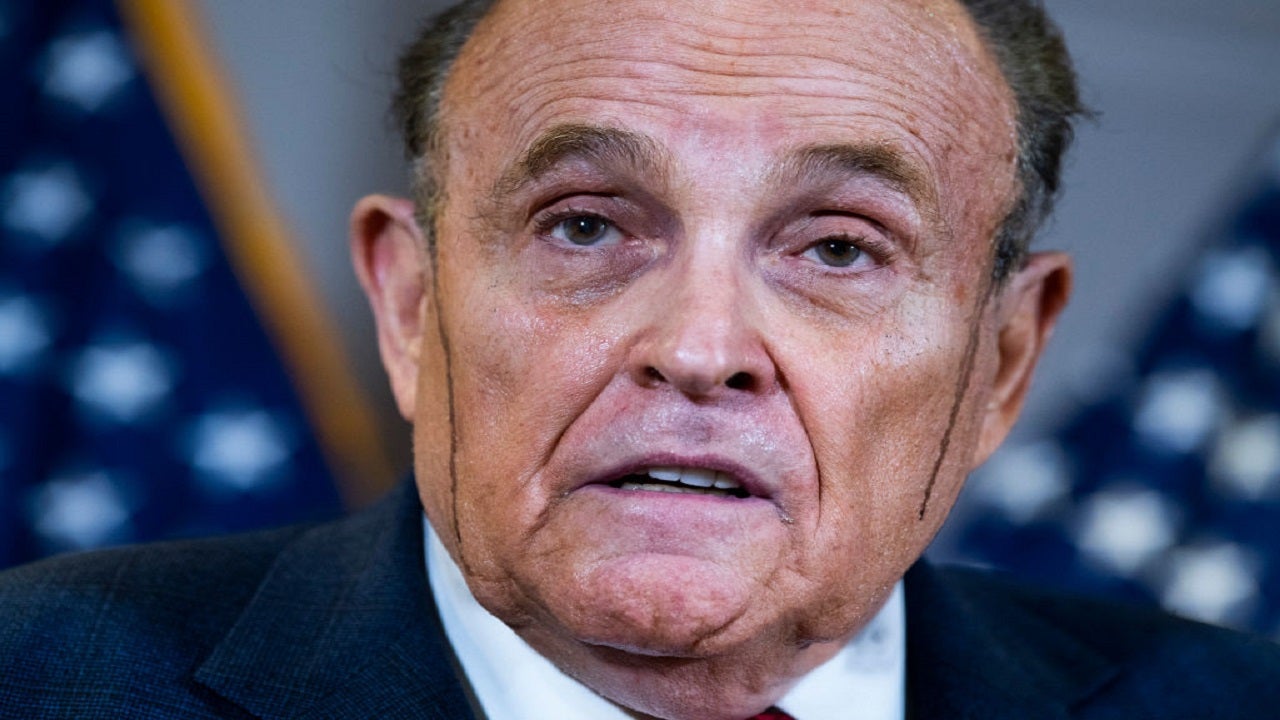 Dominion Voting Systems filed a defamation suit Monday against Trump lawyer Rudy Giuliani over false claims he made about rigged votes during the 2020 election campaign.

Dominion, one of the country’s largest voter technology firms, seeks $1.3 billion in damages over statements made by the former mayor of New York City on his podcast, in television appearances and in press conferences.

“Just as Giuliani and his allies intended, the Big Lie went viral on social media as people tweeted, retweeted, and raged that Dominion had stolen their votes. While some lies — little lies — flare up on social media and die with the next news cycle, the Big Lie was different,” attorneys for the company wrote in the lawsuit filed in Washington, D.C., circuit court.

“The harm to Dominion’s business and reputation is unprecedented and irreparable because of how fervently millions of people believe it,” the suit said.

The complaint alleges Giuliani carried out “a viral disinformation campaign” rife with “demonstrably false” allegations, in part to enrich himself via his podcast and legal fees.

Giuliani has faced vehement criticism of his efforts to reverse Biden’s win. Earlier this month, the chairman of the New York State Senate’s judiciary committee filed a formal request to strip Giuliani of his law license.

The suit also lists how Giuliani continued to make false claims on Jan. 6, the day Trump supporters overran the Capitol. On Twitter, in a YouTube video and in a speech that day with Trump, Giuliani said, without evidence, that he knew an expert who examined Dominion voting machines and saw changed votes. “This election was stolen,” Giuliani said, the complaint noted.

“For Dominion — whose business is producing and providing voting systems for elections — there are no accusations that could do more to damage Dominion’s business or to impugn Dominion’s integrity, ethics, honesty, and financial integrity,” the lawsuit said. “Giuliani’s statements were calculated to — and did in fact — provoke outrage and cause Dominion enormous harm.”

The company faced so many threats and complaints that one of its top executives went into hiding, the suit said.

Earlier this month, Dominion sued Trump ally and attorney Sidney Powell for defamation. She had claimed Dominion was created in Venezuela to enable dictator Hugo Chávez, who died in 2013.

“Dominion was not founded in Venezuela to fix elections for Hugo Chávez,” the suit says. “It was founded in 2002 in John Poulos’s basement in Toronto to help blind people vote on paper ballots.” The suit also noted the company’s United States headquarters are in Denver. Powell has not publicly commented about that suit.

Giuliani has stood by his allegations of fraud, saying as recently as last week that his statements were protected by the Constitution’s guarantee of free speech.

Giuliani said he was being persecuted for “exercising my right of free speech and defending my client.”

“These lies have had an incalculable amount of damage on Dominion and our country,” Dominion legal counsel Thomas Clare said in a statement. “We will hold him [Giuliani] and the many that have abetted him, accountable for their profiteering lies.”

Rudy Giuliani Is Sick With COVID-19