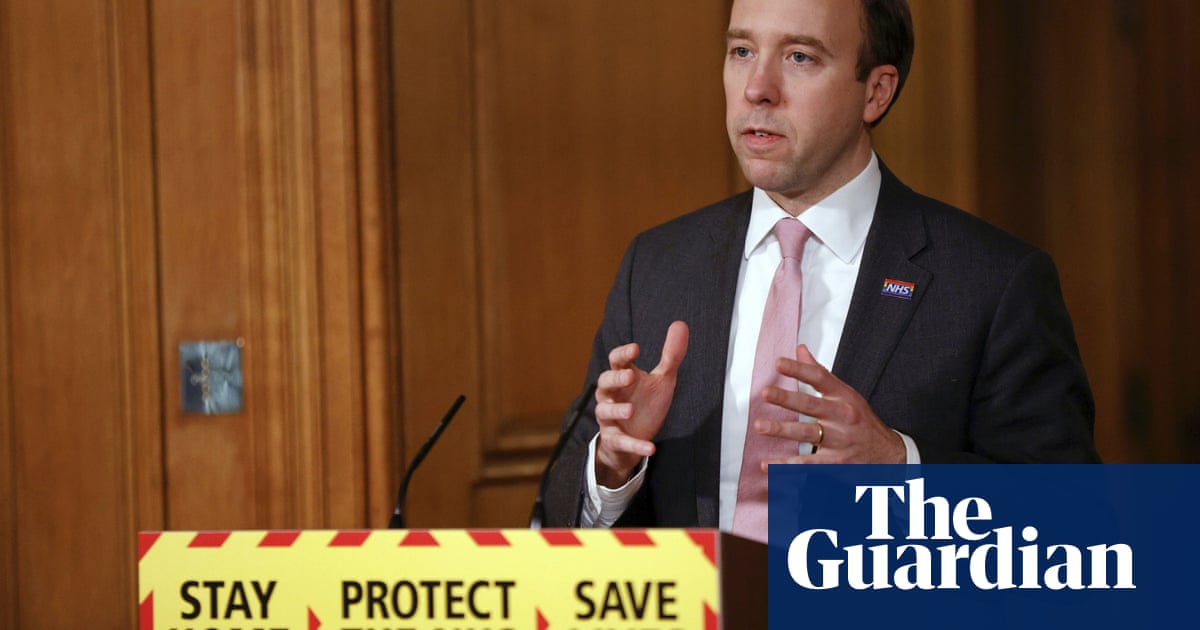 The health secretary, Matt Hancock, has fired a coded warning shot at MPs seeking a roadmap out of Covid restrictions, saying the pressure on the NHS is too great, with hospital admissions still almost double the April peak.

The deputy chief medical officer, Jenny Harries, said people “need to keep these figures in proportion”, adding that there was a serious risk to health services, especially in winter. “We are not out of this by a very long way,” she said.

MPs from the Covid Recovery Group (CRG) have piled pressure on the government in recent days to set out the next step to lifting restrictions in England, calling for measures to begin to ease from 8 March after the most vulnerable groups have been vaccinated.

“There are more people on ventilators than at any time in this whole pandemic,” Hancock said. “Of course, I understand the yearning people have to get out of this. We have to look at the facts on the ground and we have to monitor those facts.

“Everybody wants to have a timeline for that. But I think most people understand why it is difficult to put a timeline on it, because it’s a matter of monitoring the data and the facts. This is a state-contingent, not a time-contingent question.”

Public Health England’s Susan Hopkins warned at the Downing Street press conference that the UK was “far away” from herd immunity and that death rates and hospital admissions would need to fall much further before the government could start re-examining a return to the tiered system of restrictions.

The UK has recorded 22,195 further cases – the lowest daily figure for more than a month. The number has not been this low since 20,263 new cases were recorded on 14 December. Week on week, new cases have fallen by 25%.

Hancock says lockdown lifting will be judged by looking at a combination of the death rate, the number of hospital admissions, the threat posed by new variants and the progress of vaccine distribution. “This is not a moment to ease up. The success of the vaccine rollout means we cannot put this progress at risk,” he said.

However, he suggested early discussions were taking place about which tiers would replace the national lockdown once it was lifted. He said: “We are looking at this question right now and we are looking at the impact that the different tiers had, and we’re also looking at where we found transmission happened. That is a question that will be driven by the science.”