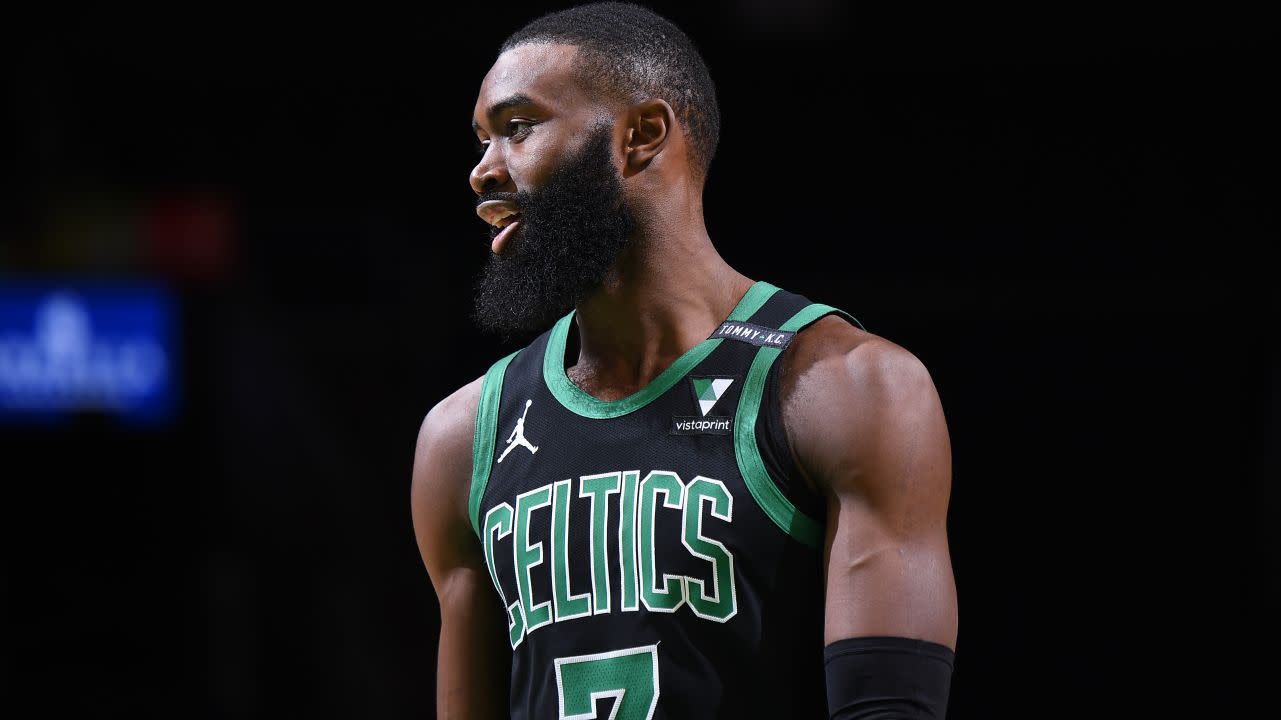 It’s not easy to find an NBA player performing at a higher level than Jaylen Brown right now.

The Boston Celtics guard scored 42 points in a loss to the Philadelphia 76ers on Friday night, and he followed that up with another excellent performance Sunday night versus the Cleveland Cavaliers.

The 24-year-old star set a single game NBA record for the most points ever scored in less than 20 minutes of playing time.

Jaylen just scored the most amount of points (33) for a player that played less than 20 minutes in the game in NBA history.

Here’s a closer look at the other high-scoring games in fewer than 20 minutes played:

Brown has now scored 30 or more points in a game five times this season. The only two 40-point games of his career also have come this season, including his career-high 44 points versus the Memphis Grizzlies in December.

Brown is not only playing at an All-Star level, he’s a legitimate MVP candidate right now when you consider how much he’s carried the Celtics offensively with Kemba Walker and Jayson Tatum both missing several games this season.