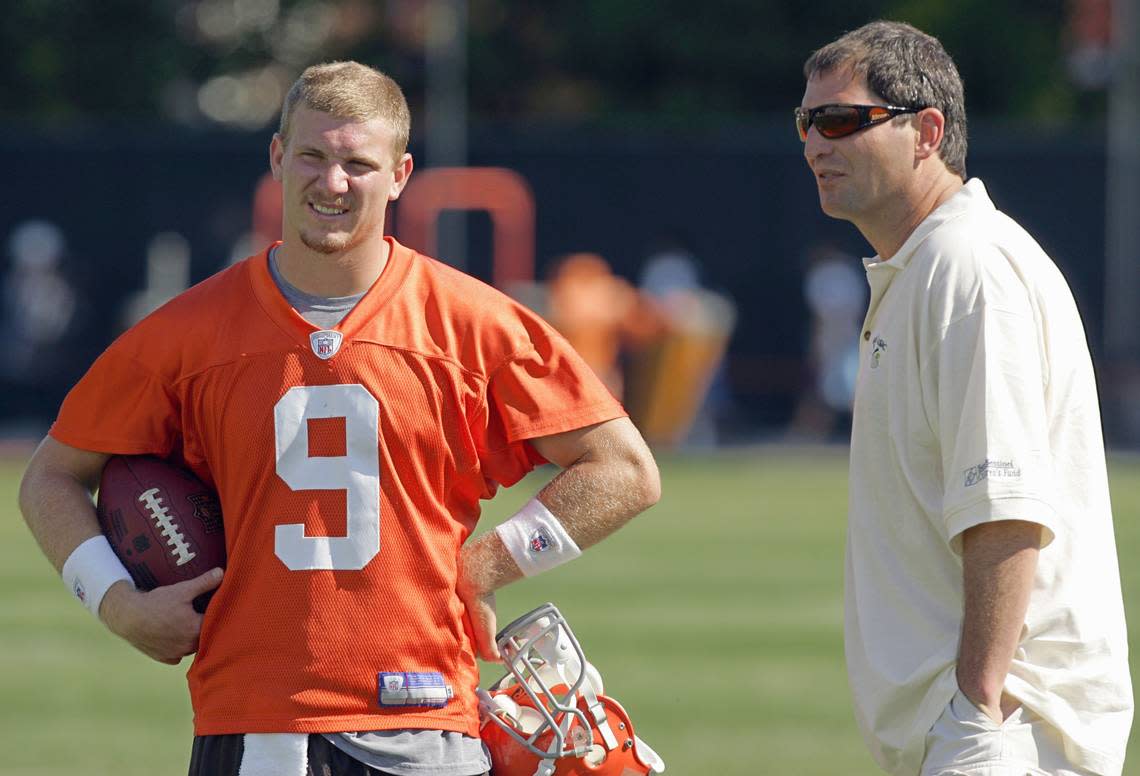 Central Michigan offensive coordinator and former NFL quarterback Charlie Frye will be the Dolphins’ new quarterbacks coach, replacing Robby Brown, who served one year in that role. The Dolphins parted ways with Brown on Saturday.

Frye “has great chemistry with him and understands how to craft plays around his skills,” Brooks said on Twitter.

“Don’t underestimate the value of that previous relationship and connection. Frye is one of the best teachers and communicators that I’ve been around. He is OUTSTANDING with young QBs and he simplifies the game in a way that makes it easy for them. A+ hire with Tua’s long-term development in mind.”

Brown, in fact, worked with quarterbacks on game day only during the first half of the 2020 season. Dolphins tight ends coach George Godsey took over that role during the final two months.

It’s unclear if Flores has added additional candidates or whether he has made a hire and simply not announced it.

Frye, a third-round pick by the Browns out of Akron in 2005, started 23 games in a five-year NFL career, including three seasons with Cleveland, one in Seattle and one in Oakland. He was 7-16 as a starter, with a career 69.7 passer rating, 17 touchdowns and 29 interceptions.

Under Frye and head coach Jim McElwain, Central Michigan finished 3-3 and 44th in the country in total offense in 2020.

Besides the offensive coordinator position, Flores has at least one other opening to fill: defensive line coach. Marion Hobby and the Dolphins parted ways after the season – in what was portrayed as a mutual decision – and Hobby has since taken the same job with the Cincinnati Bengals.

The Dolphins coaching staff will coach one of the teams at the Senior Bowl in Mobile, Alabama, beginning on Monday.