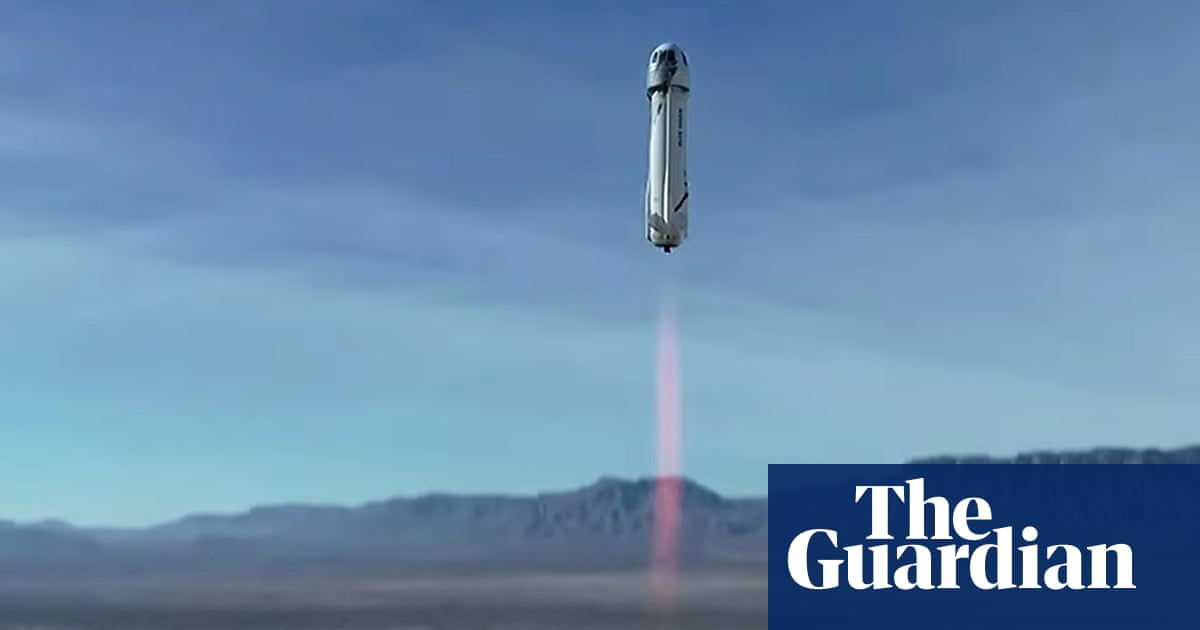 Jeff Bezos’s space travel company, Blue Origin, says it is “getting really close” to flying humans after the successful completion of its 14th mission into space on 14 January.

The New Shepard rocket blasted off at 1717 GMT (1117 CST) from the company’s private launch site in west Texas, carrying an upgraded crew capsule containing a test dummy dubbed “Mannequin Skywalker”. Following its separation from the booster, the crew capsule reached an altitude of 66 miles (107km) above mean sea level, placing it 4.3 miles (7km) higher than the Kármán line, the official boundary between Earth’s atmosphere and outer space.

The New Shepard programme is designed to take six space tourists on a sub-orbital flight where they can experience about three minutes of weightlessness. The total flight time for this particular test was 10 minutes and 10 seconds. During that time, the capsule was made to rotate at 2 to 3 degrees a second, so that future passengers can experience a 360-degree view during their flight.

On its return to Earth, the booster made a controlled touch down on its landing pad, while the crew capsule used parachutes and retro thrusters. After the flight, Ariane Cornell, Blue Origin’s director of astronaut and orbital sales said: “We’re getting really close to flying humans.”