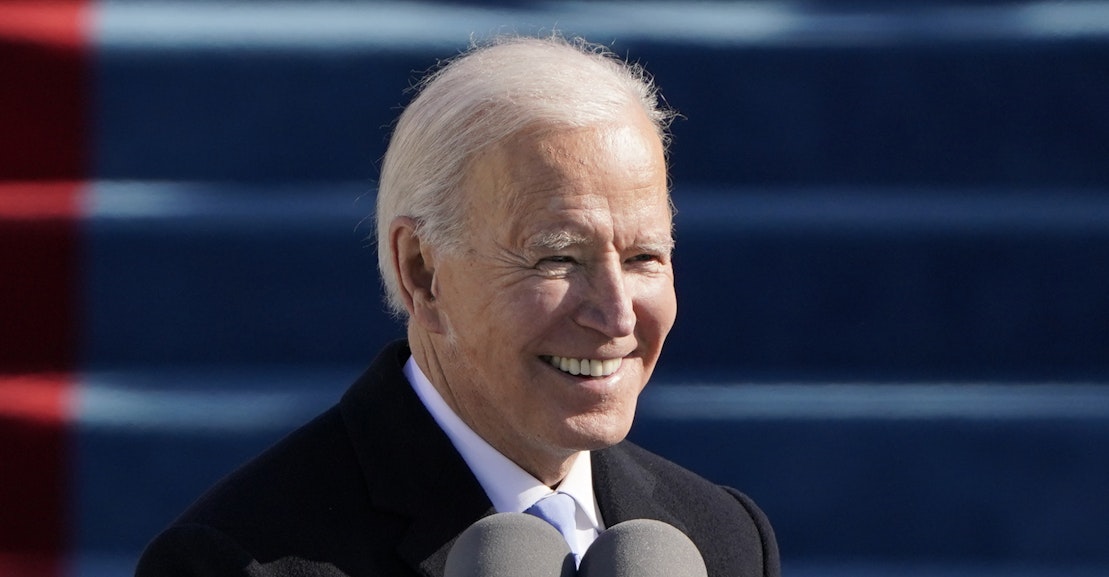 In the Capra version, you would then get a close-up of a white couple at home in Ohio or Montana, with a QAnon coffee cup visible in the background, as they say to one another, “You know, that Biden guy sounds like a straight shooter. Let’s give him a chance.”

Instead, there is reality, 2021 style. And Biden acknowledged this pessimistic outlook when he admitted, “I know speaking of unity can sound to some like a foolish fantasy these days.”

The days ahead may offer a honeymoon period—not so much for Biden, as is the presidential norm, but for democracy itself. There are some Republicans in Congress, even if they wouldn’t publicly admit it, who were scared straight by the assault on the Capitol. These Republicans might have quietly nodded when Biden said, “Politics doesn’t have to be a raging fire destroying everything in its path.”

There were moments when it seemed that Biden’s speech was addressed to an audience of one: Senate Republican leader Mitch McConnell. You could hear it lines like, “In the work ahead of us, we are going to need each other. We need all our strength to persevere through this dark winter.” Biden served with McConnell in the Senate for more than two decades. And the hope endures that Biden has read the legislative mood correctly—and that McConnell will, in the short run, actually listen to his “better angels.”