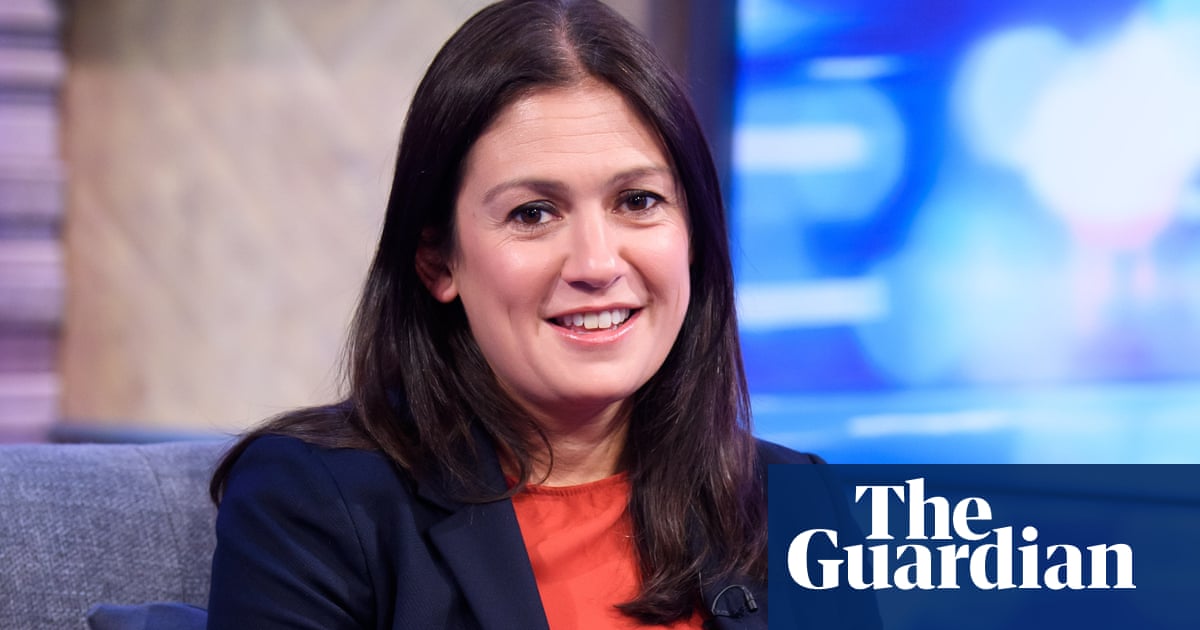 Joe Biden won the US presidency as a “woke guy” who proudly defended trans rights and Black Lives Matter but also set the agenda on economic recovery, the shadow foreign secretary, Lisa Nandy, has said as Labour seeks to build new alliances with the Democrats.

In a Guardian interview ahead of the 78-year-old president’s inauguration, Nandy said the Democrats were looking to her party as a dependable partner and that Labour would seek to use the relationship to improve UK interests damaged by Boris Johnson. “On every occasion he’s managed to trash our reputation as a country that is reliable, dependable and values-driven,” she said.

Nandy had been due to attend Biden’s inauguration on Wednesday but pulled out once England entered its third Covid lockdown. She hinted that Biden was an inspiration for how a Labour leader could win without compromising on progressive values and being drawn into culture wars.

“Joe Biden – he’s a woke guy, he appointed an amazingly strong woman of colour who is also pro-choice as his running mate, he mentioned the trans community in his victory speech, he stood up for the Black Lives Matter protesters, he spoke out about the policing of that movement, and he’s never shied away from standing up for his values,” Nandy said.

Nandy said it was clear Biden had not healed US divisions but his victory was “a source of hope for a lot of progressive parties around the world”.

She said she believed UK voters would not be drawn easily into febrile conspiracy-fuelled politics and that the US election showed there was a “ceiling” for the amount of disruptive politics that voters would tolerate in a pandemic.

“They want a government that they can trust to actually get a grip, not just on the health crisis but on the economic fallout which is already affecting people across this country and across America.”

However, she drew parallels between the US and the UK Conservative party’s efforts to stoke tensions, referencing the Charlottesville protests where white supremacists were given some endorsement by the president.

“Two years later we had the prime minister here trying to start a culture war over a statue of Churchill and also exactly the same pattern of behaviour in relation to trans rights … In 2019, No 10 was polling the red walls to see if it could start a culture war in northern towns over LGBT rights.”

Nandy said she was aware the launch of two explicitly rightwing TV channels, one under Rupert Murdoch and another fronted by Andrew Neil, were targeted at constituencies like hers in Wigan, with a strapline of “being for the underserved and unheard … which is a deliberate targeting of voters in constituencies like mine where you’ve had 40 years of economic decline and repeated attempts by the far right to get a foothold”.

While Labour wants to explore the Democrats’ electoral strategy, she said the party could more importantly act as a channel for improving UK relations with the Biden administration.

“I wouldn’t underestimate how deep the strength of feeling about Boris Johnson goes, particularly with members of the administration who previously served under President Obama,” she said.

Nandy said the UK public should not underestimate senior Democrats’ private disdain for Johnson, which has been heightened by concerns over Brexit and Northern Ireland.

She said the Biden administration had communicated ways to repair relations, including a major push from the UK ahead of the G7 and Cop26 climate summit to persuade Australia and India to make binding climate targets, as well as taking a firmer stance on Russia and disinformation.

Nandy said it was her understanding from conversations with Democrats that Alok Sharma’s appointment as full-time president of Cop26 was a “direct request from the US” as a demonstration of seriousness.

She said it was not just Johnson’s perceived closeness to Trump, who dubbed his UK counterpart “Britain Trump”, but actions taken by the UK in recent months. “I think the Democrats feel, in the conversations we’ve had with them, that it’s not clear what Britain wants out of the special relationship any more,” she said.

“They are genuinely quite baffled about why the British government took cooperation on military, security, defence and foreign policy off the table in negotiations with the EU,” she said. “The great strategic value of Britain to the United States is that we have a close relationship with both the US and the EU on those matters.”

Russia and the spread of disinformation are another key target for Nandy where there is a wedge between the UK and the Biden administration. The intelligence and security committee report, published six months ago, has seen none of its 15 recommendations implemented by government.

“We’ve got great big gaping holes in our defences,” Nandy said. “The City of London still operates as a haven for dark money that sustains the regime that Dominic Raab is railing against. Yet nothing has been done – that’s heard both in Russia and in the US.”

Nandy said she would back sanctions against key Russian figures named by dissident leader Alexei Navalny, imprisoned this week in Moscow following a poisoning attempt blamed on the Kremlin.

“In the end, if you don’t clean up the corrupt networks and dirty money, then you continue to sustain the regime that Alexei Navalny has spent his entire life fighting against,” Nandy said.