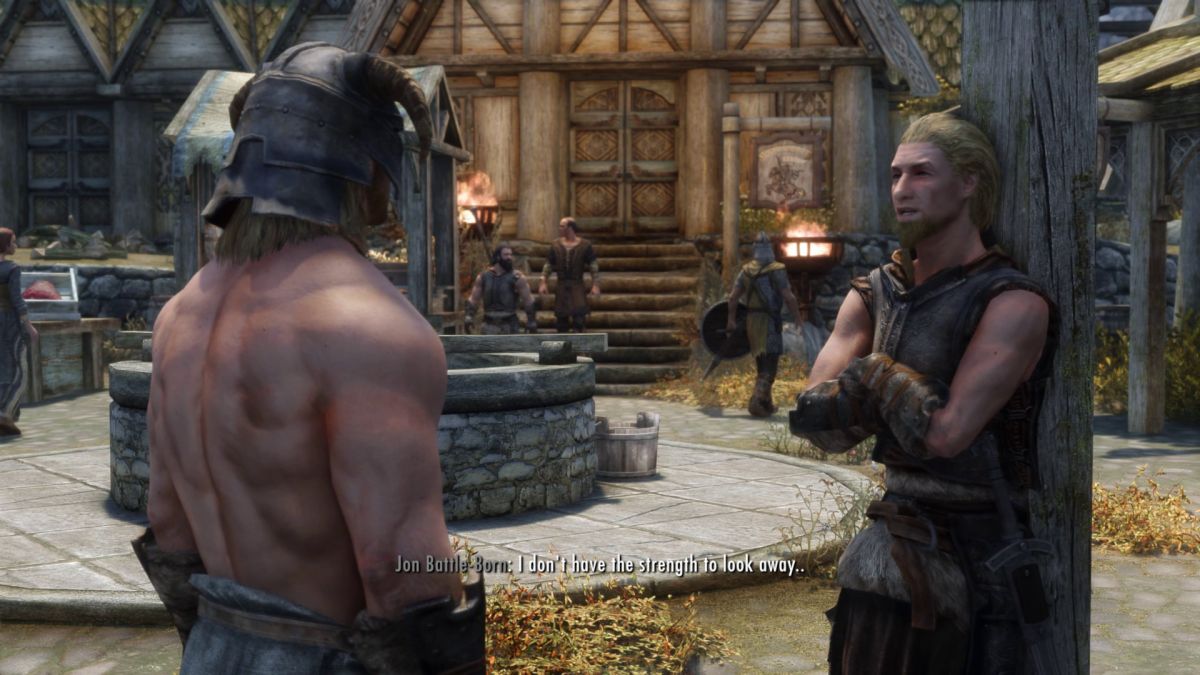 The blessed warrior who slew Alduin and brought an end to Skyrim‘s civil war shouldn’t have to worry about their body image. At least, that’s the reckoning of modder Everglaid’s Positive Undressed Reactions mod, which turns the citizens of Tamriel into adoring fans of your rippling pecs.

As spotted by PCGamesN, the reactions mod uses spliced-together voice lines to imbue Skyrim’s guards, merchants and villagers with a deep sense of admiration for the Dovahkiin’s body, should they strut into town wearing naught but their undies. While that’s a recipe that could easily come across as a bit creepy, the modder has kept responses as light-hearted as possible—with lines written to be surprised, embarrassed, and impressed, with zero “vulgar and degrading” comments.

“I tried to avoid anything that could come off as an unwanted advance,” Everglaid writes on the mod’s Nexus page. “Even vanilla has worse stuff!”

Instead, NPCs will shower you with fawning lines praising the gods for your figure, a flustered merchant expressing that they don’t have the strength to look away. One particularly eloquent stranger might talk about how “the gods took their sweet time with that one.” To save you the embarrassment, the mod also removes any voice lines from the base game that imply the character is unattractive. Who needs that negative energy, anyway?

Positive Undressed Reactions is currently only available for Skyrim Special Edition, though Everglaid is looking at porting it back into the 2011 original. Paired with a mod that lets you hug it out with the game’s gruff northerners, and your Dovahkiin need never feel sad or lonely again.