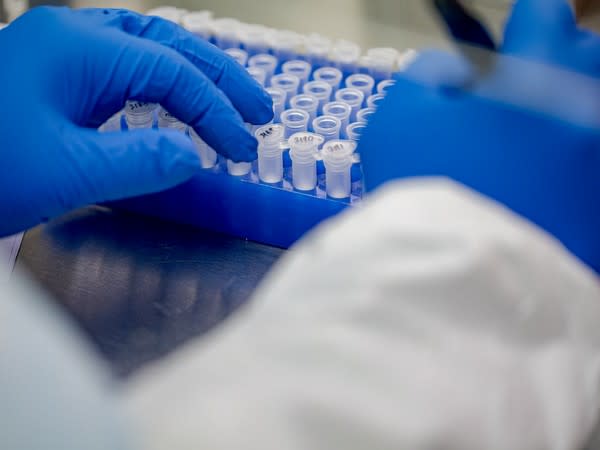 Canadian Michael Woods says he hopes to ride in the Tour de France ahead of the Tokyo Olympics this summer. “Certainly I think the big question (that) revolves around the Olympics is the quarantine,” Woods told reporters during the Israel Start-Up Nation’ teams virtual news conference Monday in Girona, Spain. “If there is a quarantine, then we’ll have to do a bit of a rethink about the Tour de France. But at the moment I believe that the Tour de France is the best way to prepare for the Olympics, particularly for me. I always go well after a Grand Tour (event) so I really hope to do the Tour in preparation for the Olympic Games.” The Tour is scheduled for June 26 to July 18. The Olympic men’s road race is slated for July 24. Despite breaking two ribs in a crash, Woods finished 32nd in 2019 in his debut at the Tour de France. He did not race in the 2020 edition. The 34-year-old from Ottawa, who now makes his home in Andorra with his wife and daughter, left the EF Pro Cycling team at the end of 2020 to join Israel Start-Up Nation, which is co-owned by Canadian-Israeli entrepreneur Sylvan Adams. There is plenty of Canadian content on the team. The WorldTour roster also features Ottawa’s Alex Cataford, and Montreal’s Guillaume Boivin and James Piccoli. There are another three Canadians on the squad’s developmental roster. Montreal’s Paulo Saldanha serves as the team’s performance director. British star rider Chris Froome, who has won seven Grand Tour events including four editions of the Tour de France, has also joined Israel Start-Up Nation with Ireland’s Dan Martin a holdover from the 2020 squad. Woods, who says his entire schedule is based around the Olympics, plans to start competition at the end of February. His schedule so far includes Italy’s Tirreno–Adriatico (March 10-16), Spain’s Vuelta al País Vasco (April 5-10) and the Ardennes Classics in April. He points to the three Ardennes races — the Amstel Gold Race (April 18 in the Netherlands), La Fleche Wallonne (April 21, Belgium) and Liege-Bastogne-Liege (April 25, Belgium) — as his secondary target behind the Olympics. Woods was 55th at the road race at the 2016 Rio Olympics, but in many ways it was a miracle he competed at all. Woods crashed twice in the lead-up to the Rio Games, breaking his hand in three places at Liege-Bastogne-Liege and suffering a partially displaced fracture of his left femur at the Tour of Poland. Despite the rocky road to Rio, where he threw up mid-race, he says the Olympics were still memorable. “Rio was an amazing experience for me,” he said. “It was kind of like a life-goal realized. There were quite a few moments at that Olympics where I just had to pinch myself, moments where I couldn’t believe I was there, couldn’t believe I had made it considering where I’ve come from.” A former elite middle-distance runner, Woods came to cycling late after a series of foot injuries ended his running career in 2011. He turned to the bike and his raw talent was spotted by Saldanha, who urged him to quit his day job as a bank teller to pursue the sport. Adams helped finance him in the beginning and, after buying into the Israeli team, said he had a job waiting for him once the new squad ramped up. Woods says his Olympic experience proved to be a revelation. “On the plane ride after, coming home, going back to Spain, I started realizing maybe I’d set the bar too low — that maybe I shouldn’t just be trying to make the Olympics but actually trying to do something bigger. Even though I only finished 55th, I knew — particularly because of my injury but also just what I had done in the lead-up and what I did after — that I was capable of doing something bigger. “It ignited this fire in me, that’s made me focus more on trying to actually win it and win a medal at these coming games.” Woods had surgery after the Spanish Vuelta last fall to remove screws from his right femur, broken in a crash in March at the Paris-Nice race. He still has a pin the length of his femur. Woods’ cycling resume include a victory in the 2019 Milano-Torino one-day race, stage wins at the 2018 and 2020 Spanish Vuelta, a bronze medal in the road race at the 2018 world championships, a second-place finish at the 2018 Liege-Bastogne-Liege and third-place at the 2020 Fleche Wallonne. — Follow @NeilMDavidson on Twitter This report by The Canadian Press was first published Jan. 18, 2021 Neil Davidson, The Canadian Press