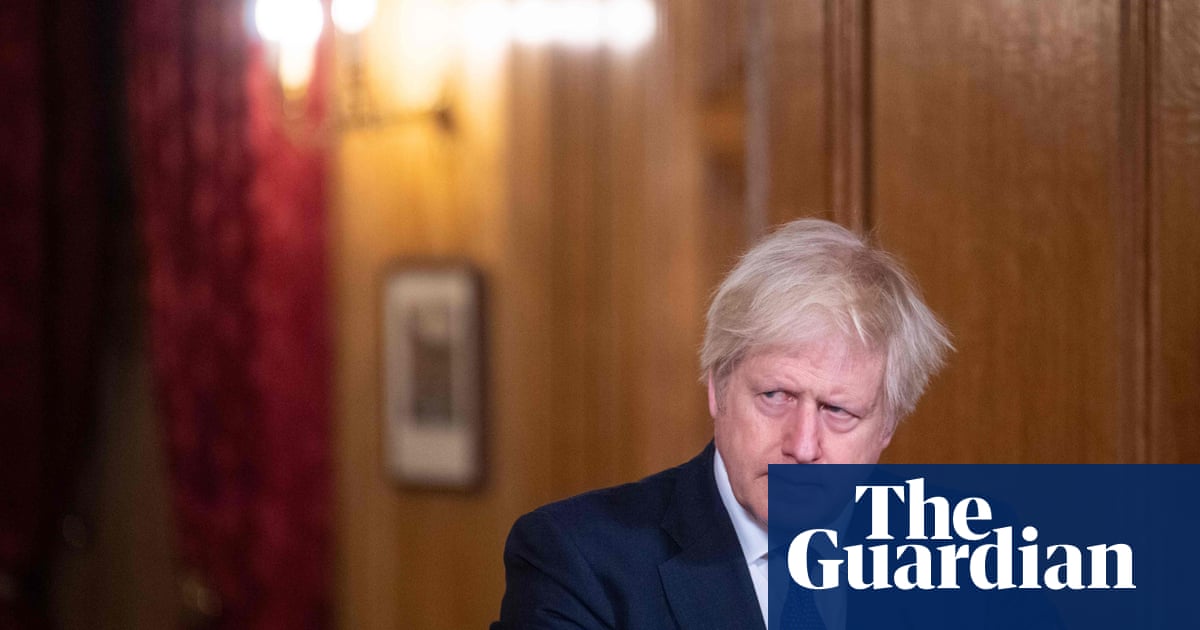 Boris Johnson cannot claim to be “levelling up” the UK if he persists with a planned cut in universal credit for 6 million families, an influential thinktank has said, as pressure mounts on the prime minister over the issue from within his own party.

The Resolution Foundation joined opposition parties, anti-poverty campaigners and many Conservative MPs in urging the government to extend the £20-a-week uplift introduced during the first wave of the pandemic.

In its annual Living Standards Outlook report published on Monday, the foundation said the increase was critical in protecting the poorest households from the worst economic impacts of Covid in 2020, and warned refusing to extend it would contribute to a 730,000 increase in the number of children in poverty.

Karl Handscomb, senior economist at the Resolution Foundation, said: “The living standards outlook for 2021 looks bleak at present – but the government can directly improve it.”

“Deciding if the £20 a week uplift to universal credit should be extended will determine whether millions of households are able to enjoy any sort of living standards recovery next year. And looking further ahead, the decision on whether to keep the UC boost will help define whether this is to be a parliament of ‘levelling up’ living standards, or pushing up poverty.”

Conservative backbenchers representing 65 Northern seats, many of them ex-Labour “red wall” constituencies, have joined calls for the prime minister to cancel a planned reduction in the benefit.

Carlisle MP John Stevenson of the Northern Research Group told the Guardian: “While we are still in the pandemic, we’ve still got the consequences of coming through furlough – the implications of that – it would be far better to have a stable UC environment.”

Labour has called an opposition day debate on the issue in the House of Commons on Monday, but Johnson has ordered his own MPs to boycott the vote rather than risk a significant rebellion.

In an extraordinary message sent to Conservative MPs, the prime minister claimed that after a previous opposition day debate on free school meals, Labour had used its “army of momentum trolls last time to misrepresent the outcome and to lie about its meaning and frankly to intimidate and threaten colleagues”.

He suggested the government would continue refusing to take part in what he called “vacuous opposition day debates” until Labour stopped “playing politics” and “inciting the worst kind of hatred and bullying”.

The debates are non-binding but they are a way for the opposition, which cannot set the agenda in the Commons, to raise questions of the day – and they can embarrass the government by forcing its MPs to take sides on an uncomfortable issue.

Labour’s deputy leader, Angela Rayner, told the Guardian the electorate would punish the Tories if they go ahead with the £20-a-week reduction in the incomes of 6 million families. “The voters will remember,” she said.

“A lot of people are going to remember this because it’s not a little tweak here or there. It isn’t about, I can’t afford to send the kids on holiday. This is about, I’m going under, and I’m going under because of this government’s priorities and what they’ve done to me,” she said.

Recounting the story of a constituent who was a care worker who had gone back to work after being in intensive care with Covid because he was struggling to make ends meet, she added: “We’ve got to stop this cut to universal credit because it’s affecting our frontline key workers. It’s affecting people and families that need it the most.”

It is understood the chancellor, Rishi Sunak, is considering a range of options for his 3 March budget, with any final confirmation likely to be delayed until after it is clear whether lockdown restrictions can begin to be lifted. “No decision has been made,” said the Treasury.

Sunak regards the uplift as an emergency measure, and it is understood that once the economy has begun to reopen, he would like to see the resources shifted towards helping the unemployed back into work.

But Stevenson, who said he has 8,500 UC claimants in his Carlisle constituency, many of them in work, said: “I understand that the government cannot make any commitment to making it permanent. I completely get that because we’ve got to look at the finances. I just think, continue it at least for the foreseeable future. That allows us to get a better understanding where we are, keeps people in a good place.”

When Johnson was asked about universal credit at last week’s hearing of the liaison committee of senior MPs, he said: “I think that what we want to see is jobs. We want people in employment and we want to see the economy bouncing back.

“And I think most people in this country would rather see a focus on jobs and a growth in wages than focusing on welfare but clearly we have to keep all these things under review.”

The foreign secretary, Dominic Raab, said on Sunday that the government was hoping some rules could be loosened in March, depending on the success of the vaccine rollout and whether cases of the virus have begun falling consistently. Ministers are also waiting to see whether the vaccine prevents transmission of the disease.

Johnson has never precisely defined what “levelling up”, one of the key themes of his election campaign, actually means, or how he will measure whether he is succeeding.

Conservative thinktank Onward also called on Monday for the chancellor to consider reforming the tax system, including by making council tax fairer, to close the gap between north and south.

Onward’s director, Will Tanner, said, “if we don’t use the tax system as well as spending we’ll be trying to level up with one hand tied behind our back. If levelling up is to succeed, we need to use the tax system to drive regional growth too.”