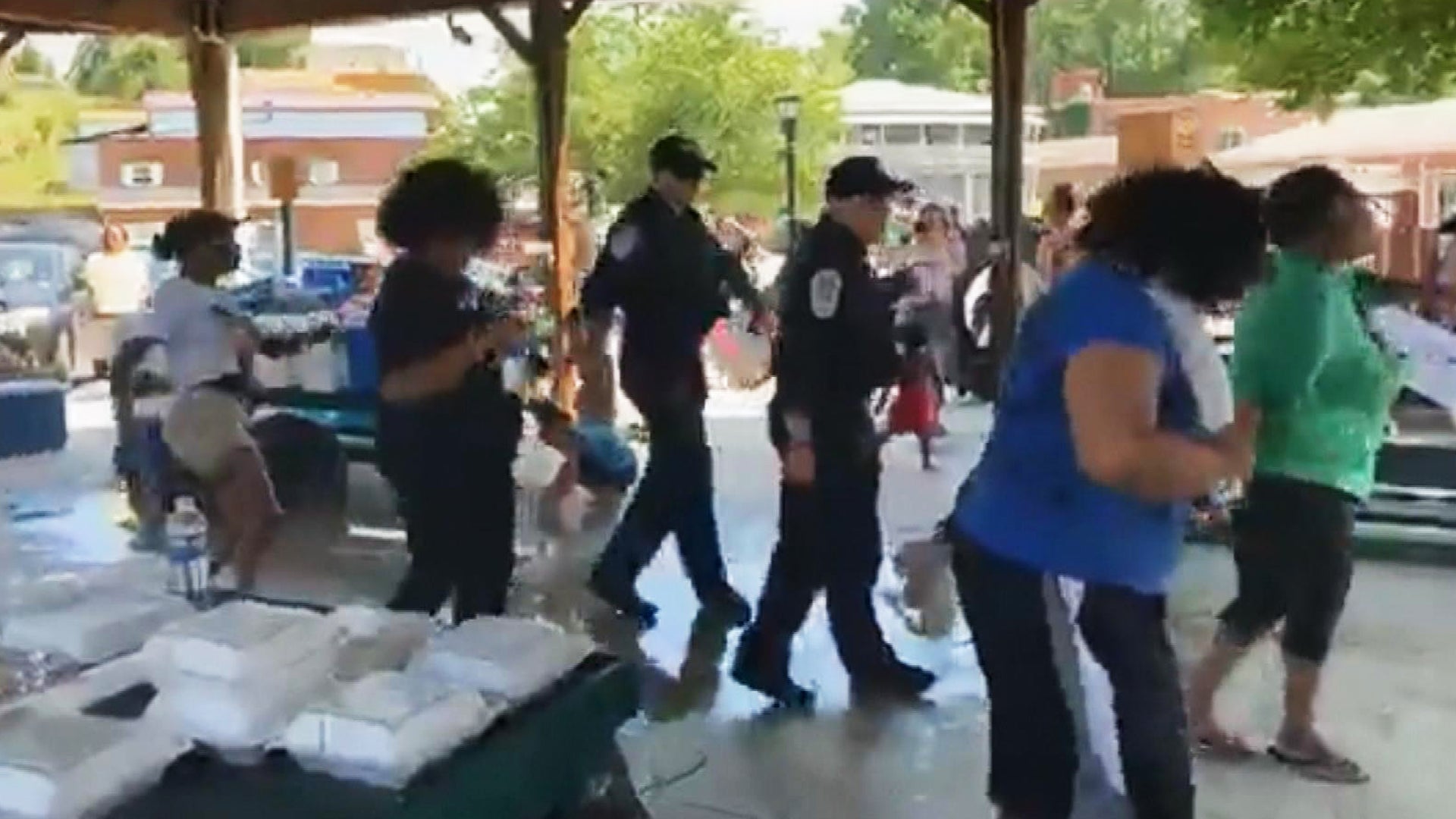 In preparation for inauguration day, the National Guard has deployed 25,000 soldiers to the U.S. Capitol. Routes to the Capitol have been completely barricaded and military helicopters and drones can be seen flying overhead in the days leading up to President-elect Joe Biden’s swearing in as the country’s 46th President.

Barbed wire was also installed on top of the fencing surrounding the Capitol.

Daniel Hokanson, the National Guard Bureau chief, told Inside Edition that the federal arm is working in coordination with the Secret Service and the FBI. He added that they are screening all personnel who are coming in.

Meanwhile, new videos are emerging from the day the Capitol was breached on Jan. 6, nearly two weeks ago.

Rioters shouting “Fight for Trump!” echoed outside of the senate chambers.

One man was caught pretending to use a phone to call Speaker of the House, Nancy Pelosi.

“Can I speak to Pelosi? We’re coming!” he says before referring to Pelosi as an expletive. He then turns his ire on the vice president. “Oh, Mike Pence? We’re coming for you too f***** traitor.”

Another woman allegedly stole Pelosi’s laptop and with the intent to sell the item to the Russians, according to the FBI.

The FBI was actively searching for this woman, who was also seen allegedly shepherding in rioters into the building.

She was reportedly turned in by a previous romantic partner, who identified her to authorities as 22-year-old Riley June Williams, a home care worker from Harrisburg, Pennsylvania.

Williams “intended to send the computer device to a friend in Russia who then planned to sell the device to Russia’s foreign intelligence service,” according to the FBI.

The FBI arrested two Virginia police officers, identified as Jacob Fracker and James Robertson. Both were seen while off-duty at the Capitol and were charged with violent entry and disorderly conduct on Capitol grounds and knowingly entering or remaining in any restricted building or grounds without lawful authority.

“I definitely felt betrayed,” Craighead told Inside Edition. “it was more like a slap to the face, honestly. They were at almost all of our protests. They made sure they were peaceful. And to see them at a riot, it’s just mind-blowing.”

A New Mexico politician was also among those arrested by secret service agents for allegedly participating in the assault on the Capitol. The politician allegedly led “Cowboys for Trump.”

Trump supporters remain certain that the inauguration of Biden will never happen.

“We’re not going to allow it,” Couy Griffin told inside Edition. “There will never be a Biden presidency.”

The presidential inauguration is scheduled for Wednesday.