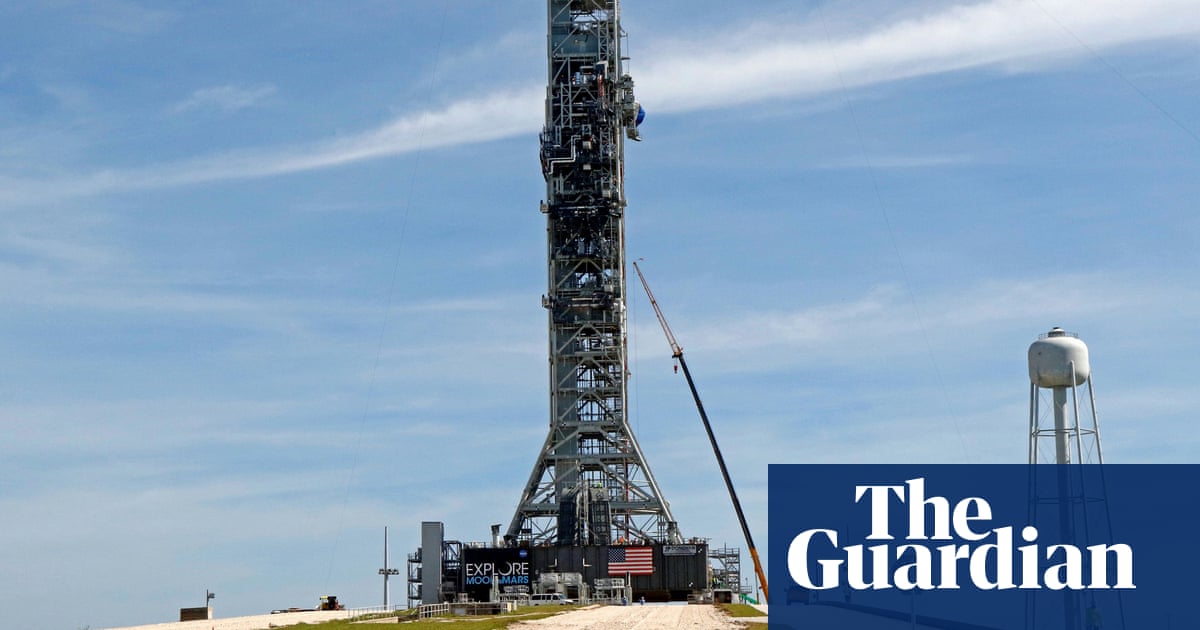 It is seen as a vital step before a first unmanned launch later this year under Nasa’s Artemis program, a Trump administration push to land humans on the moon again by 2024.

“This is a once-in-a-generation kind of test,” Jim Maser, Aerojet Rocketdyne’s senior vice-president of space, told Reuters. “This will be the first time four RS-25s fire together at the same time.“

The expendable, super heavy-lift SLS is three years behind schedule and nearly $3bn over budget. Critics have long argued for Nasa to transition from the rocket’s shuttle-era core technologies, which have launch costs of $1bn or more per mission, to commercial alternatives promising lower costs.

It costs as little as $90m to fly the less powerful Falcon Heavy from Elon Musk’s SpaceX, and some $350m per launch for United Launch Alliance’s legacy Delta IV Heavy.

While newer and more reusable rockets from both companies – SpaceX’s Starship and United Launch Alliance’s Vulcan – promise heavier lift than Falcon Heavy or Delta IV Heavy, potentially at lower cost, SLS backers argue it would take two or more launches on such rockets to launch what SLS could carry in one mission.

Nasa and Boeing engineers have stayed on a 10-month schedule for the Green Run “despite having significant adversity this year”, Boeing SLS manager John Shannon told reporters this week.

Shannon cited five tropical storms and a hurricane that swept over Stennis, as well as a three-month closure after some engineers tested positive for the coronavirus in March.