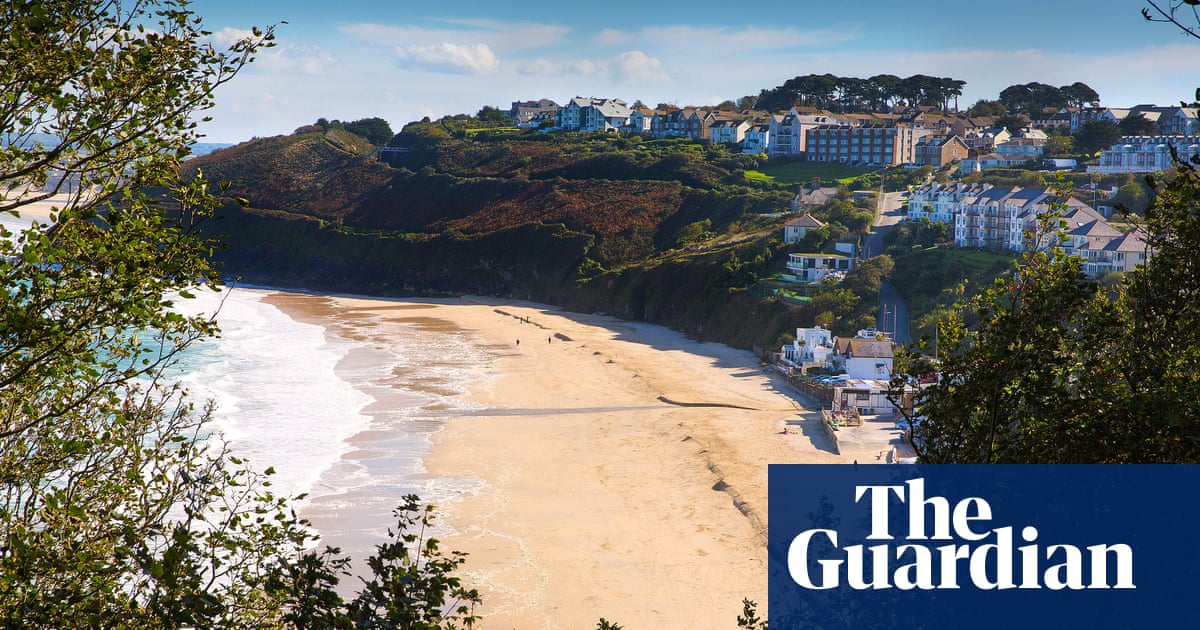 The tiny seaside resort of Carbis Bay in Cornwall has been chosen to be the venue of the G7 summit in June, with the village now expecting an influx of foreign visitors.

The 125-acre Carbis Bay Estate – which encompasses a luxury hotel, an award-winning restaurant and a spa – will be the main location of the summit, but the seaside village will be supported by neighbouring St Ives a mile away, along with other towns across the region.

The incoming US president, Joe Biden, is among those expected to attend the three-day summer meeting, along with leaders of the other G7 nations – Canada, France, Germany, Italy, the UK and Japan – and representatives from the EUuropean Union.

Boris Johnson said Cornwall was “the perfect location for such a crucial summit” and, after referring to the role the region’s tin and copper mines played in the Industrial Revolution, said: “This summer Cornwall will again be the nucleus of great global change and advancement.”

The prime minister said: “Coronavirus is doubtless the most destructive force we have seen for generations and the greatest test of the modern world order we have experienced. It is only right that we approach the challenge of building back better by uniting with a spirit of openness to create a better future.”

Visit Cornwall estimates the summit could bring a £50m boost to the regional economy from immediate benefits and projected tourism growth.

Julian German, leader of Cornwall council, told local press: “We want a lasting legacy that maximises inward investment, translating our moment on the global stage into trade.” He cited the county’s hope to contribute to sectors such as “space and satellite, floating offshore wind and other sources of clean energy, and globally significant geo-resources including lithium to power our future”.

Malcolm Bell, chief executive of Visit Cornwall, said he hoped to raise its profile globally as a tourist area. “The G7 Leaders’ summit will shine a spotlight on our very special place and the worldwide exposure is promotion we could never buy,” he said.

Johnson has also invited Australia, India and South Korea to attend as guests, in an apparent effort to convert the annual summit into a meeting of 10 leading democracies – an idea that has been circulating in US thinktanks for nearly a decade.

It is due to be the first in-person meeting of world leaders for nearly two years, after the US-hosted G7, the 46th, was cancelled because of the pandemic and the Saudi-hosted G20 meeting moved online last year.

The last time the UK hosted the summit, in 2013, the venue was a resort in County Fermanagh, Northern Ireland. This time round, the attendees will be right next to the renowned Carbis Bay beach which was the site of scenes in the fifth series of Poldark.

With so many world leaders expected to be based in the seaside resort for the weekend, a major security operation will be in place.

Devon and Cornwall police’s chief constable, Shaun Sawyer, said: “We have been preparing for this event for several months, including speaking with colleagues who have managed similar events, so we can ensure that we continue to effectively serve our local communities in the run-up to, during and after the event.”

The total number of deaths within 28 days of a positive Covid test result in Cornwall is reportedly 218, making it one of the least affected regions in the UK, although cases have been rising steeply.