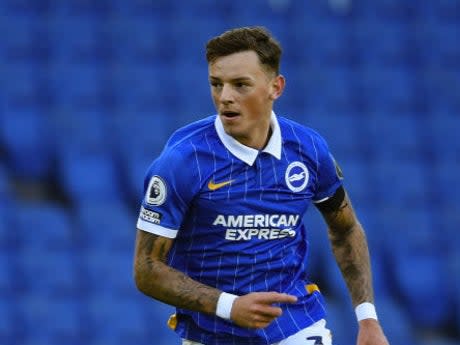 Ole Gunnar Solskjaer signalled the start of the second wave of his clear-out at Manchester United on Wednesday when defender Timothy Fosu-Mensah completed a £1.8 million move to Bayer Leverkusen. United moved to the top of the Premier League on Tuesday night thanks to a 1-0 win at Burnley and could extend their lead over Liverpool to six points on Sunday if they become the first side to win at Anfield in the top flight for almost four years. Solskjaer is hoping to accelerate his rebuild at Old Trafford this year with two to three more quality additions at the same time as shifting the deadwood he has been gradually filtering out since he took charge in December 2018. Fosu-Mensah became the latest casualty when the Holland defender joined Leverkusen on a three-and-a-half year contract that ties him to the German club until June 2024. The 23-year-old made 30 senior appearances for United following his move from Ajax in 2014 but has not survived Solskjaer’s latest planned overhaul. Nigeria striker Odion Ighalo, an emergency loan signing last February, will leave Old Trafford when his loan expires on Jan. 31. United are open to offers for defender Marcos Rojo and goalkeeper Sergio Romero this month, although the Argentine pairing will leave at the end of the season when their contracts expires if they fail to secure moves during the winter window. Rojo – who started just five league games since being awarded a new contract nearly three years ago – has attracted some tentative interest from Boca Juniors but, while there are thought to be clubs weighing up moves, the costs involved will have to work. Despite reports of loan interest from Nice in Jesse Lingard, United have had no contact with the Ligue 1 club and are not pushing the England midfielder out of the door this month, with Solskjaer of the view he could still have a useful squad role to play. However, Lingard could be encouraged to seek a move in the summer as the 28-year-old bids to resurrect his flagging career. United will also listen to offers for Phil Jones, who has not played for the first team for a year, even if the England centre-half’s dire injury record and £120,000 a week wages will not make him easy to shift this summer unless he indicates a willingness to move on in a bid to kick-start his own stalled career. Right back Diogo Dalot and midfielder Andreas Pereira, currently on loan at AC Milan and Lazio respectively, are two more players United are likely to seek permanent buyers for. Amad Diallo finally arrived in Manchester on Wednesday after being granted a visa following his projected £37.2 move from Atalanta. United are paying an initial £18.2 million for the 18-year-old Ivory Coast winger, who is initially likely to gain experience of English football with the club’s Under-23s. United adopted a similar approach with Facundo Pellistri, another teenage winger signed on deadline day last October. Meanwhile, midfielder Nemanja Matic has demanded total concentration against Liverpool as United bid to make it 10 wins from 12 in the league. “We have played 17 games [and] we are top of the table. That shows something,” he said. “We didn’t play five or six games and you can say maybe it’s lucky. But after 17 games, definitely it is not lucky, definitely there is quality. “But we cannot relax, we need to be concentrated until the end – to go game by game. In football, the next one is always important; the next one is the biggest final, and we will see.”