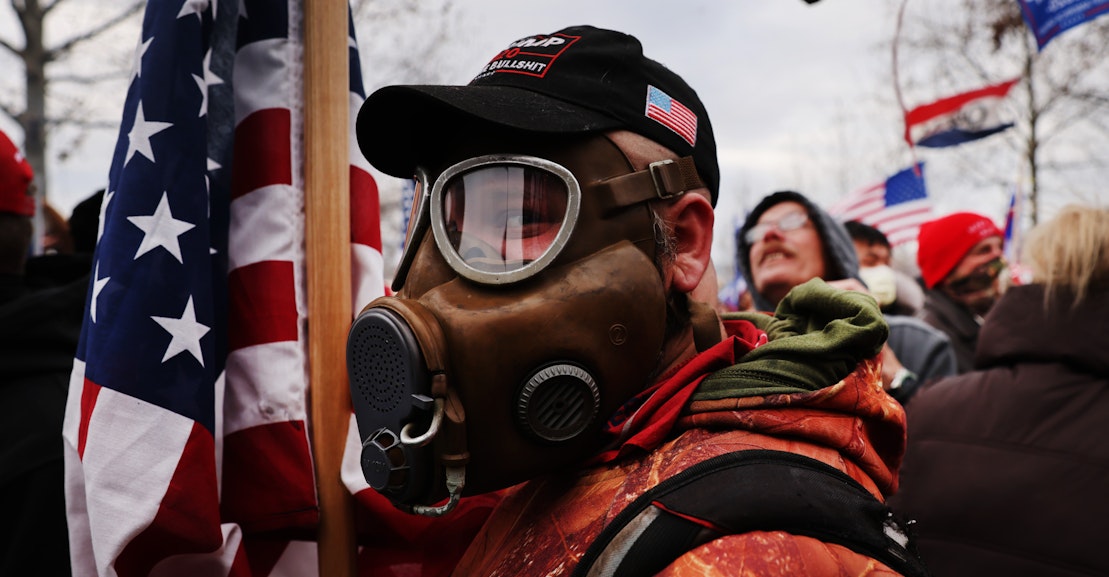 The invasion of Iraq may well have been the moment when bald-faced lies became the favored tool of Republican governance. If you could get away with lying to go to war, you could get away with anything. It was late in Bush’s tenure that Stephen Colbert coined the term “truthiness” in the pilot episode of The Colbert Report, referring to things that are true if you just ignore the facts. The barb was aimed squarely at Fox News, who more than anyone fomented American xenophobia and gave the GOP a broad base they could consistently lie to without consequences.

The truthiness only accelerated with the election of Barack Obama, whose very presence in the Oval Office inspired that cosplay revolution dress rehearsal, the Tea Party. Ostensibly about fiscal responsibility, the Tea Party quickly proved itself to really be about deciding who was and was not American. The president was clearly not American in their eyes, giving rise to the birtherism conspiracy theory—that he was born in Kenya—upon which Donald Trump built his political empire.

But it wasn’t just people of color who were othered. The list of un-Americans grew to include journalists, health professionals, academics, Californians, socialists, all Democrats, RINOs, and even former Trump officials who were heroes at dawn and traitors at dusk. The day patriots-cum-terrorists marched on the Capitol building like a dystopian Woodstock, we saw the definition expand to their own leaders. Some of the rioters were reportedly looking for Mike Pence, with plans to hang him from a makeshift gallows at the foot of Capitol Hill.

It took 20 years for this withering cult of xenophobia and racism to conclude that most of America was not American, to get to the point where patriotism meant beating a police officer with an American flag. But we didn’t lose anything in the Capitol Hill riots that we didn’t already lose the day we gave the Bush administration a pass on the Iraq War. We did not respond to 9/11 by building a better world; we responded by tearing ours down. We are reaping today what we sowed then.