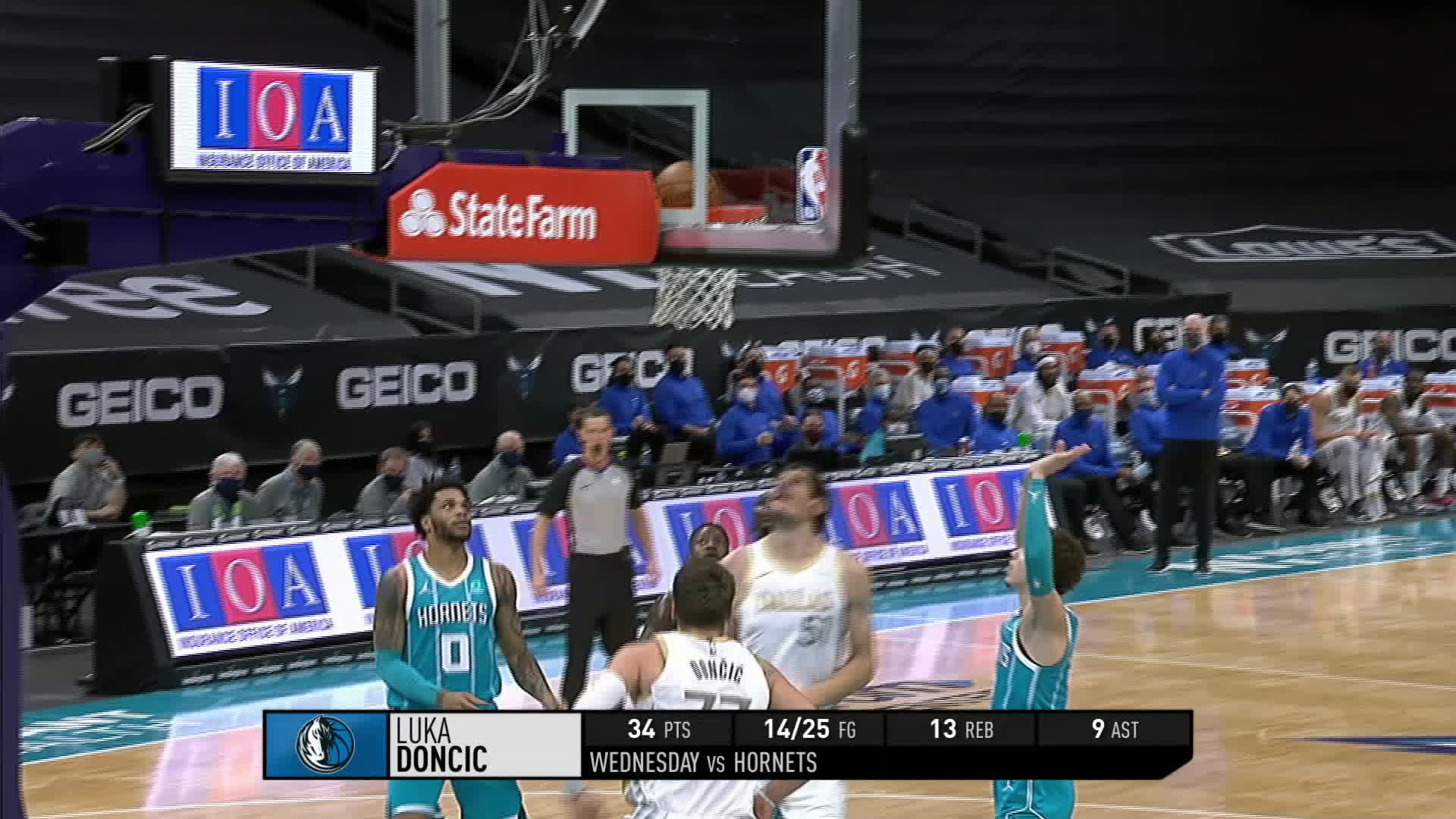 Luka Doncic had 34 points, 13 rebounds, nine assists and a career-high four blocks, Kristaps Porzingis scored 16 points in his return from a knee injury and the Mavericks beat the Charlotte Hornets 104-93 on Wednesday night. ”When both of those guys are out there at the same time it’s a game changer for us,” said Mavericks coach Rick Carlisle, who became the 16th coach in NBA history to reach 800 career victories.