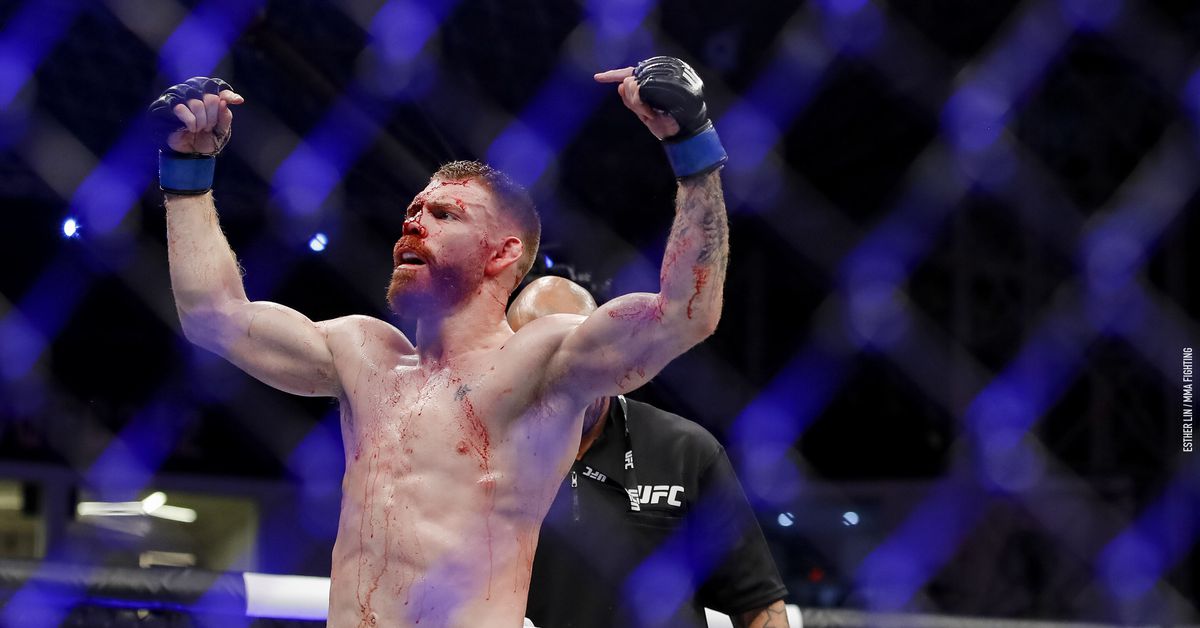 Paul Felder hears a lot of rumors in his line of work, but there’s one in particular that definitely has him amused.

The UFC lightweight contender and commentator spoke to the media ahead of UFC Fight Island 7 this Saturday, and he was asked for his thoughts on the pending return of Nate Diaz, one of the promotion’s most popular fighters.

More specifically, Felder was asked if he is the mystery opponent for Diaz’s supposed 2021 comeback.

“No, my God, I’ve had so many people tag me and say, ‘UFC in the works, Paul Felder vs. Nate Diaz in the works,’” Felder said. “When are they gonna call me and tell me about that that because you want to talk about getting motivated and excited, I would absolutely love that fight. Like [Dan] Hooker even said about it, I’ll fight him ‘85, 205, it doesn’t matter, that’s a fight you take.

Diaz made no appearances last year after fighting twice in 2019, where he defeated Anthony Pettis by unanimous decision at UFC 241 and then lost to Jorge Masvidal by third-round doctor stoppage in a battle for the “BMF” belt at UFC 244. Those were Diaz’s only two fights since 2016, the year that saw him skyrocket in popularity thanks to two high-profile duels with Conor McGregor.

Suffice to say, Diaz will likely be looking for another marquee opponent when he returns and while Felder would jump at the chance to be that name, he wonders if a matchup with top contender like Justin Gaethje is more likely to be in the works for Diaz.

“I don’t know,” Felder said.” I know [Charles] Oliveira said he didn’t want to fight Gaethje, maybe Justin [for Diaz],” Felder said. “I have no inside information on this, by the way.”

“I’m thinking Justin, but if he slips on a banana peel and can’t do it, I’d be down,” he added.

One thing Felder won’t do is take the fight on less than a week’s notice, which he did in his most recent outing to save a Nov. 14 main event when a staph infection knocked Islam Makhachev out of a meeting with Rafael dos Anjos. Felder dropped a decision to dos Anjos and while he’s proud that he went the distance with a tough opponent, that kind of short-notice move isn’t something he’s planning to repeat.

Ideally, his next fight will still be against someone in or around the UFC’s top-10. Felder doesn’t expect to be in the mix for the lightweight title at the moment with the likes of Dustin Poirier, Conor McGregor, Dan Hooker, Michael Chandler, Oliveira, and Gaethje just yet, but he still hopes to compete for a UFC championship before his career is through and that mission resumes once he ends his current skid.

“You know me, I’m always down for whatever comes my way,” Felder said. “We’re still waiting to see right now, but obviously I’m still in the game, I’m still fighting. My back’s up against the wall a little bit for myself and my career. I know there’s some controversy behind [the Dan Hooker fight] and then the last one I took on five days’ notice, but it’s still a loss. It’s still two in a row.

“I think it’s the second time that I’ve been on a two-loss skid and the last time I came back with a vengeance, so hopefully I can muster that up and get out there. But I’m not there yet, I can’t throw my name into the top-five with those guys quite yet because you’ve got to win a fight.”