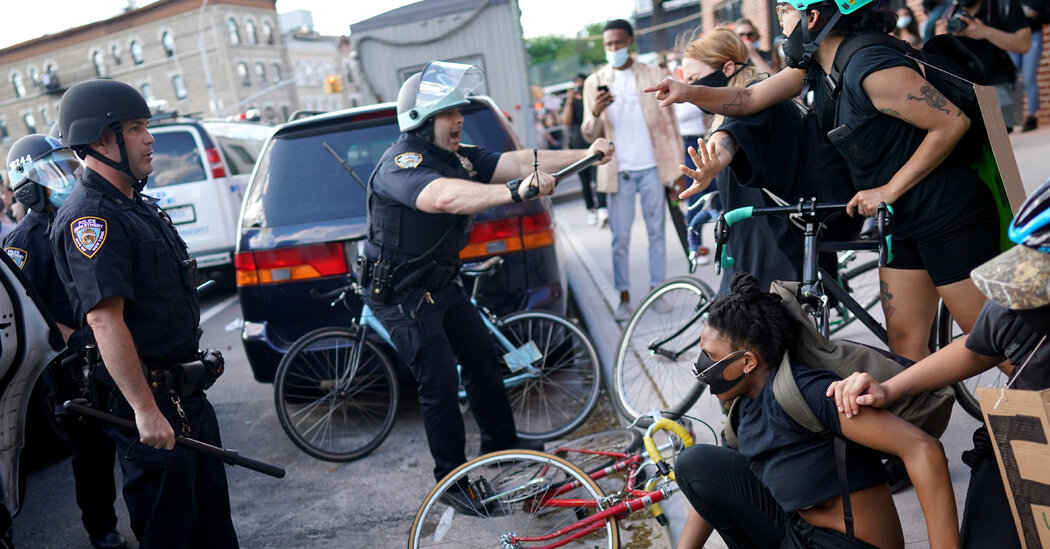 The New York State attorney general sued the New York City Police Department on Thursday over what she said were widespread abuses in how officers handled the protests that erupted last summer after the killing of George Floyd in Minneapolis.

The attorney general, Letitia James, wants a federal monitor to oversee the department’s policing tactics at future protests, and a court order to declare that the policies and practices the department used during the protests last year were unlawful.

An investigation by the attorney general’s office found that police officers beat protesters with batons and bicycles, used a dangerous containment strategy called kettling, and arrested legal observers and medics.

The Police Department, the city’s Law Department and a spokesman for Mayor Bill de Blasio did not immediately return emails seeking comment about the lawsuit.

At a news conference on Thursday, Ms. James said the tactics demonstrated a pattern of illegal and harmful practices that the mayor and Police Department had failed to prevent through discipline, policies and training.

“There was ample ability and opportunity for the city and N.Y.P.D. leadership to make important changes to the way that officers interact with peaceful protesters, but time and time again, they did not,” Ms. James said. “They did not train, they did not supervise, they did not stop officers who engaged in this misconduct. And they did not discipline them either. Instead, they failed the people of the City of New York.”