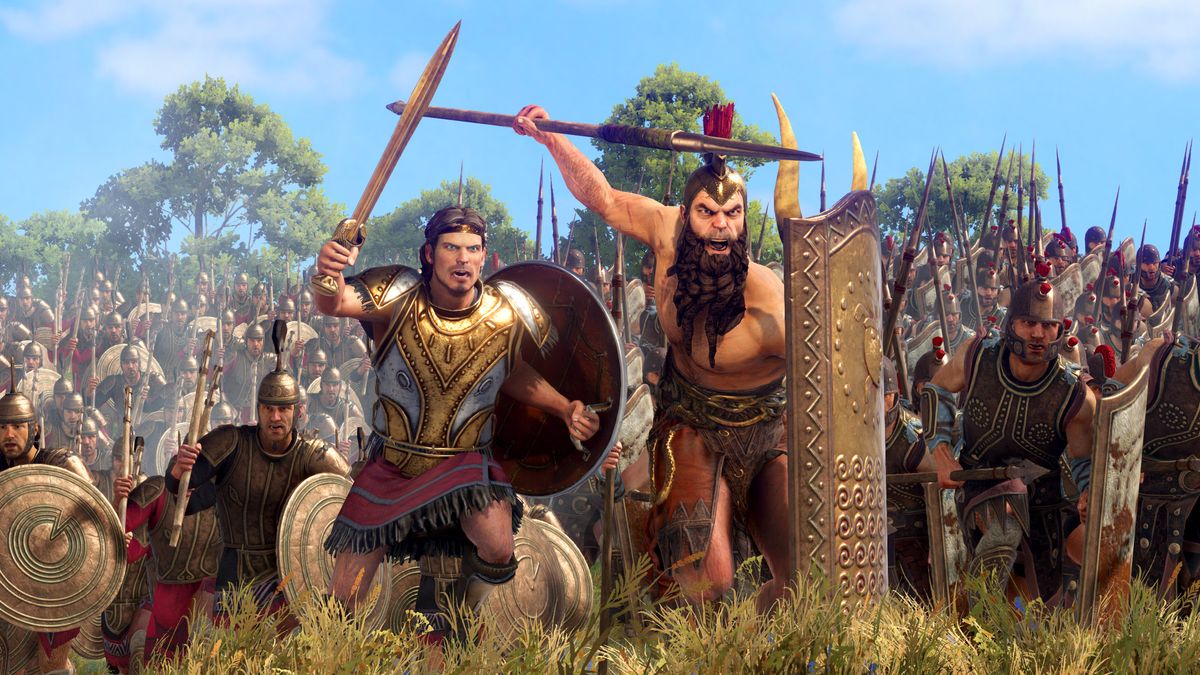 A hulking giant and his dashing young boyfriend are coming to A Total War Saga: Troy with the game’s next piece of DLC, Ajax & Diomedes.

This month’s DLC also introduces Paragon units, “extra-special” units that may come with powerful auras, abilities, or simply smack up enemies a whole lot harder. Diomedes, for instance, can train up any sort of Paragon he likes under the watchful tutelage of the Epigoni, while Ajax can round out his roster by recruiting units like the brutally powerful myrmidons.

A new Thebes battle map and a special Troy-conquering event (Stealing The Palladium) are also arriving as part of the DLC. There’s a few goodies for folks who don’t pick it up, mind, with a free update introducing Hephaestus, the God of Blacksmiths and Volcanoes—letting you more easily replenish units with equipment and bolster armies with Divine Craftsmen.

Ajax & Diomedes arrives on the Epic Games Store this January 28, and will come to Steam when the game’s Epic exclusivity wraps up later this autumn. Sure, Troy’s pantheon isn’t as saucy as Hades, but I look forwards to seeing folks using the game’s photo mode to snap some candid pics of these buff Greek bros.