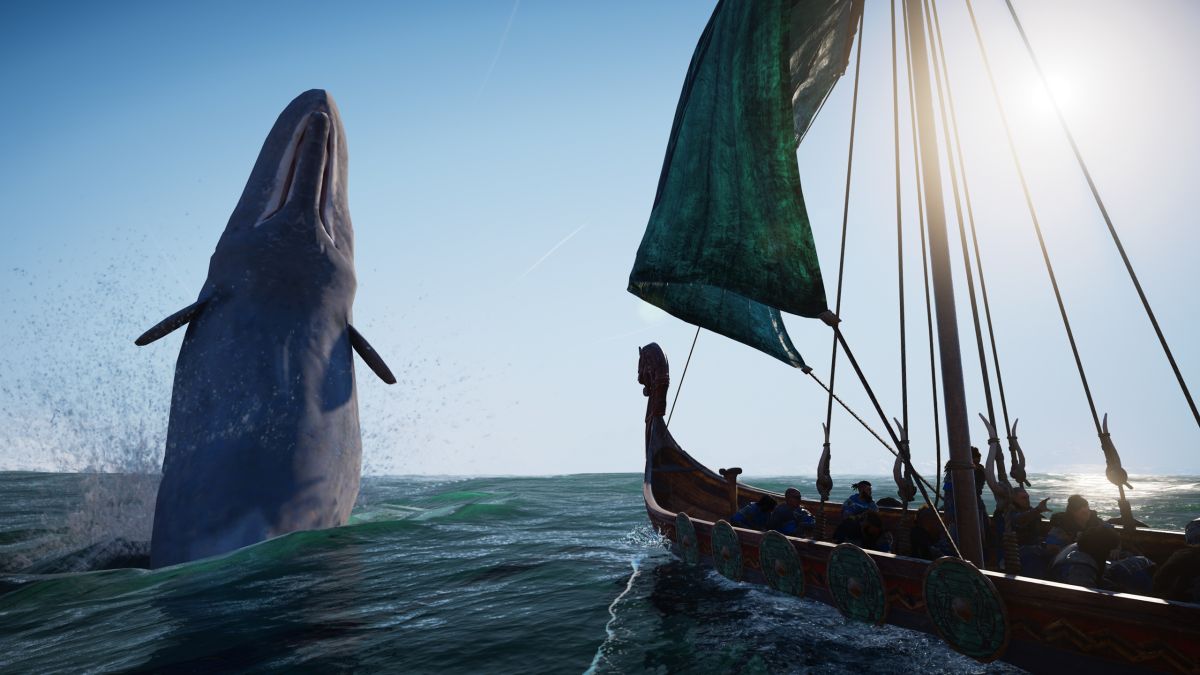 A new patch for Assassin’s Creed: Valhalla is now live on PC, fixing dozens of issues large and small. War cries will no longer “repeat or loop oddly”, Eivor won’t start gliding after you blow a horn and start walking left-foot-first, and NPCs won’t run screaming from a raid and then casually return to the scene a few moments later.

Among the more significant changes is “addressed an issue that removed Bjorn from the ship’s crew.” Bjorn is a character you meet in the Way of the Berserker mission, after which he should become recruitable at your settlement: but for various players, he was replaced by a random NPC or simply couldn’t be hired. Well now he can.

There are a huge number of small mission fixes, AI tweaks, and squashed bugs in the full patch notes. What I love about these is discovering the odd behaviours that the majority of players won’t come across, but were clearly happening enough for Ubisoft to take notice. So this patch “addressed an issue where whales would sometimes start their fleeing behavior mid-air.” Valhalla’s ocean has whales and, as the above image shows, they’ll breach. So some Vikings have been out sailing, a whale breaches next to their ship and then, mid-air, abruptly starts fleeing.

In Vinland, until this patch, you could kill NPCs by throwing corpses at them. This area also featured a boat that, unperturbed by gravity, simply floated: it has now been grounded. Some guards would watch Eivor burn their mates with oil jars, and shrug their shoulders: no longer. What’s the ultimate riddle? “Addressed an issue that prevented players from completing Clues and Riddles.” One you can’t solve.

Check out our Assassin’s Creed: Valhalla review or to cut to the chase and read about why it was PCG’s RPG of 2020.