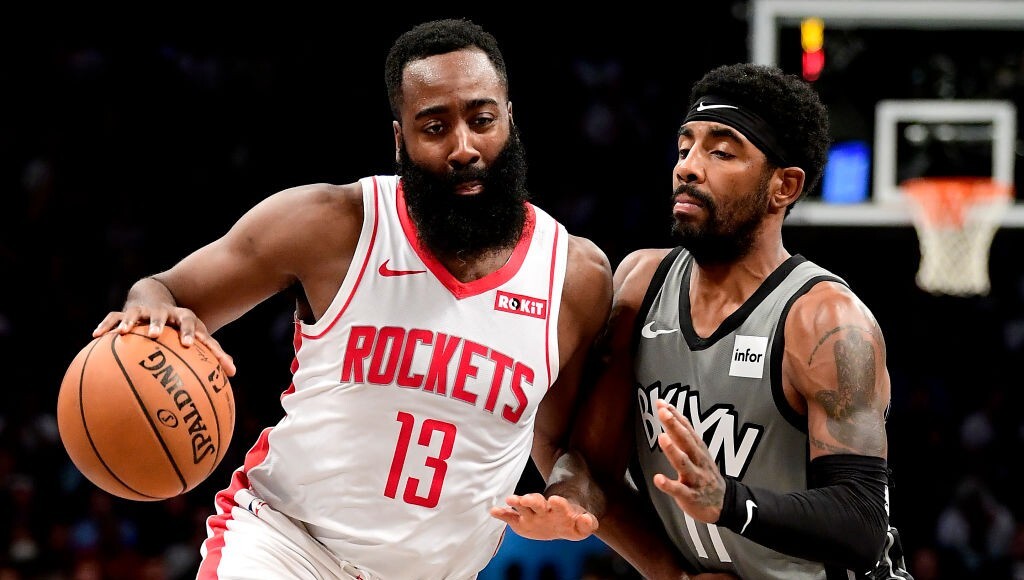 James Harden’s tenure as a member of the Houston Rockets has come to an end. According to Adrian Wojnarowski and Shams Charania, Harden, who has wanted out of Houston in recent months, is headed to the Brooklyn Nets.

Earlier in the day, a report had emerged that the Nets were willing to offer as many as seven first round picks for Harden, which, given Houston’s general lack of future first rounders from their own trades made it a very enticing package. In the end, the two teams brought in the Cleveland Cavaliers to bolster the deal with an additional first round pick, making it four picks and four swaps going to Houston, with Taurean Prince and Jarrett Allen going to Cleveland, while Caris LeVert headlines the package going to Houston, per ESPN’s Wojnarowski.

However, LeVert won’t be long for Houston as the Rockets and Pacers will swap LeVert for Victor Oladipo, per The Athletic’s Charania, as Houston gains some star power and the Pacers swap out their disgruntled star for the up-and-coming LeVert.

The full deal looks as such:

For Harden, he joins what now has to be considered the frontrunner in the Eastern Conference, re-teaming with former OKC teammate Kevin Durant and Kyrie Irving (whenever he returns from his personal leave) to form a trio that is unmatched in the East and really in the NBA. He also reunites with his old coach Mike D’Antoni, who will know as well as anyone how to deploy the superstar on the offensive end.

Harden joined the Rockets ahead of the 2012-13 season in a trade with the Oklahoma City Thunder. While he served as the team’s sixth man in his old digs, Harden was immediately given the keys in Houston and turned them into a hyper-efficient offensive juggernaut. He made the All-Star Game in every year that he played for the franchise and made top-2 MVP finishes the norm, taking home the league’s Most Valuable Player award in 2018.

While he is perhaps the most efficient offensive player to ever live, the Rockets have never been able to get over the hump with Harden at the helm. The team came close a number of times, but also had a number of high-profile meltdowns — they famously were up, 3-2, on the Golden State Warriors in the 2018 Western Conference Finals before a Chris Paul hamstring injury (and an historically bad shooting night in Game 7) led to their demise, and the following year, they could not topple the Dubs in the conference semis despite Kevin Durant going down with a calf injury when the series was tied at two games each.

The inability to get over that hump reportedly played a major role with him wanting out, with a report surfacing on Wednesday that part of the reason Harden wanted to leave town was that he could not envision the Rockets toppling the Los Angeles Lakers. But this past offseason, turmoil in Houston proceeded his wanting out — Mike D’Antoni and Daryl Morey both left the franchise, while the Rockets opted to trade Russell Westbrook for John Wall. The first two men, in particular, advocated for creating a Harden-centric culture, building a franchise around his gifts as an offensive player.

That, ultimately, may be the biggest question facing Harden in his new digs. Houston’s decision to make Harden the sun, the body around which its entire franchise orbited, rubbed some (like Westbrook) the wrong way, and he is now headed to a place where the culture likely will not be as Harden-centric as his now-former franchise.

The Nets send out a significant amount of talent and draft capital, but certainly have to feel like the East favorites at this moment with the firepower they can deploy come playoff time. Losing Allen is a significant blow to their frontcourt rotation and one would expect they might need to tinker with their roster further on the buyout market or at the trade deadline, but their core is unbelievable.

The Rockets, one would think, will be looking to lock Oladipo up on an extension given that they made him the centerpiece of the trade along with the draft picks, and with Oladipo, Christian Wood, John Wall, and the rest there’s some reason for optimism that they’ll continue to be competitive this year.

The Pacers get a terrific young player in LeVert who fits a lot of what they could use offensively in replacing Oladipo, who went from having little to no trade market this offseason to netting them a player some believe could be an All-Star. And the Cavaliers step in to provide an additional (late) first round pick for next year courtesy of the Bucks as well as salary filler in Exum and in exchange bring in a terrific young big in Allen and a solid wing in Prince who very well could be flipped at the deadline to a contender in need of 3-and-D assistance.