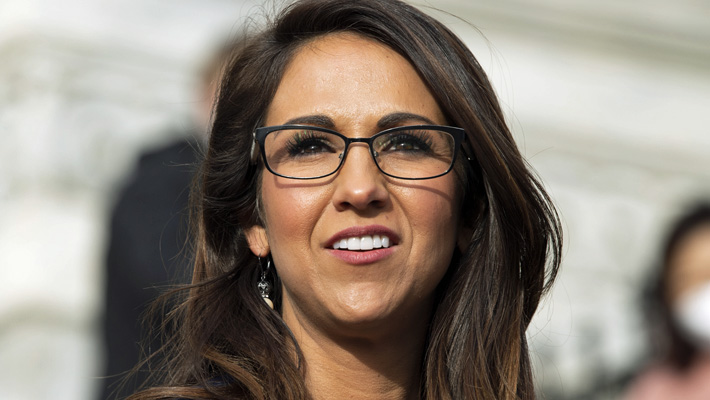 Colorado Rep. Lauren Boebert hasn’t been in Congress very long, and she’s already made a name for herself. The freshman representative burst onto the scene by vowing to carry her Glock every time she’s on the floor of Congress, which quickly put her on the radar of the Capitol police. She followed that up by live-tweeting Nancy Pelosi’s exact location during last week’s violent insurrection. When that very same insurrection led to metal detectors being installed in the Capitol building, Boebert, once again, drew national attention by refusing to comply with the officers working the security gate and throwing a tantrum when they attempted to search her purse.

Less than 24 hours later, Boebert is at again. This time she made Sarah Palin trend after Twitter users couldn’t help but notice the similarities between the two while Boebert issued a rambling defense of Donald Trump during Wednesday’s impeachment hearing. Boebert took particular aim at Alexandria Ocasio-Cortez, who was a direct target of last week’s violent coup attempt. Via New York Post:

“What about the gentlewoman from New York who defended the looting by saying looters just wanted loaves of bread? Well, the last I checked, Best Buy and Teslas and stores of the like do not produce baked goods. Where’s the accountability for the left after encouraging and normalizing violence?” she said.

Sarah Palin if she fell in a vat of chemicals and became a shitty Batman villain.

Lauren Boebert is the Sarah Palin of Ted Cruz

Rep Boebert is like if Wario had a Wario, and the original Wario was Sarah Palin. I will not be explaining myself further.

Speaking of Twitter, Boebert took to Instagram to reveal that her account was locked this week with no explanation given as to why. However, within hours of Boebert sharing news of her Twitter suspension, the lock was reversed with Twitter saying the suspension was a “mistake.” Her account is currently active. For now.