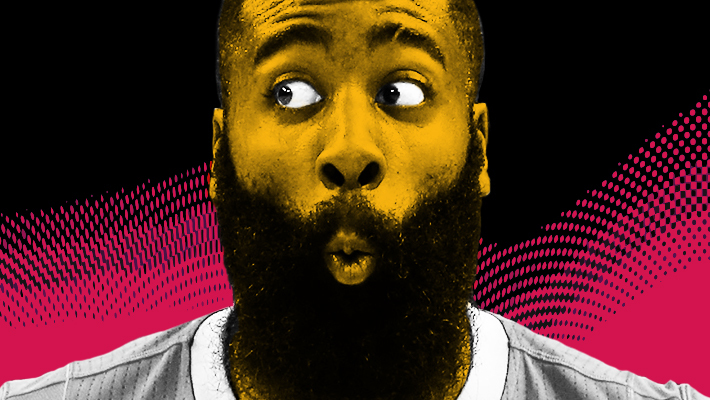 Wednesday saw some very important national news take place and also a very big NBA trade that flipped the basketball world on its head, as James Harden was dealt to the Brooklyn Nets in a four-team trade that also brought Victor Oladipo back to Houston, sent Caris LeVert to Indiana, and Jarrett Allen to Cleveland (who kicked in one of the picks going to the Rockets).

It was a wild trade that felt like it kept growing and growing by the minute, with additional details streaming out until the complete picture was finished. As the rumors began swirling on Wednesday that a deal was going to get done either with the Sixers or with the Nets, after Harden’s incendiary press conference on Tuesday night burned just about every bridge remaining in Houston, players around the league joined fans in waiting for the news to break.

Bradley Beal, who is considered the next top player who could potentially end up moving in a trade — albeit he has not pushed his way out of Washington in the way Harden did Houston — had a pretty funny sequence of one-word tweets that basically summed up how everyone viewed the stream of news that went from rumor to blockbuster in what felt like record time.

The rest of the league likewise took notice, as pregame naps were interrupted and the NBA world recognized that everything had been flipped on its head.

Right before my nap huh . Most entertaining sport in the business

Trump impeached twice and a trade all in one day. 2021 shaping up to be a great year after all . Blessings

Andre Drummond, meanwhile, had a laugh at jokes about the Cavs continuing to add big men to the roster.

It’ll be interesting to see what kinds of dominoes fall in the wake of the Harden trade, as you would think this would apply further pressure to East contenders to chase other opportunities — such as maybe being more aggressive in pursuing someone like Beal. For now, it turned a random January afternoon into the same kind of feeling as the opening day of free agency — with a second presidential impeachment also happening at the same time.