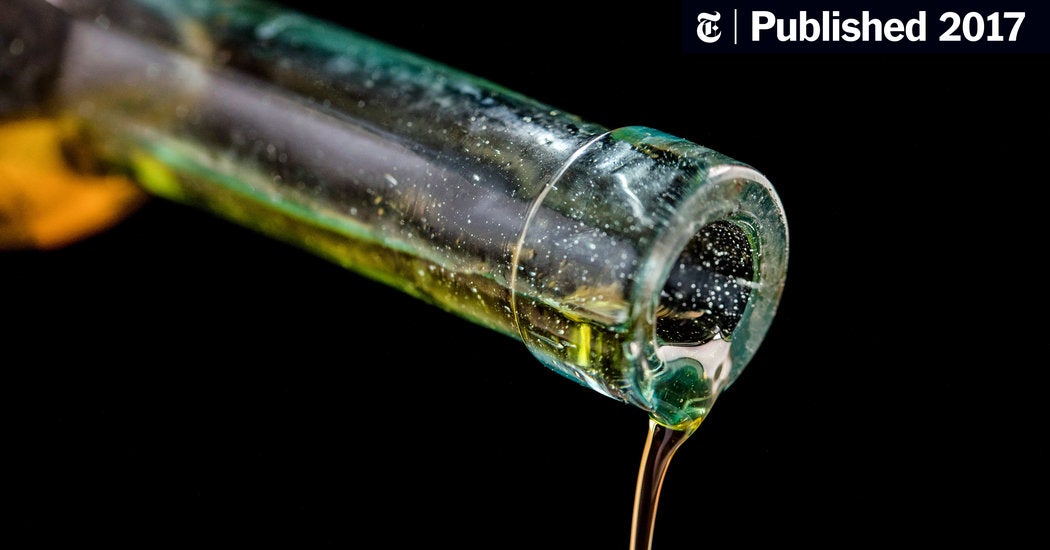 Q. Is it better to cook with coconut oil or olive oil?

A. In terms of health impacts, it is better to cook with olive oil.

Compared to a tablespoon of olive oil, a tablespoon of coconut oil contains about six times the amount of saturated fat, nearly meeting the daily limit of about 13 grams that the American Heart Association recommends. High saturated fat intake has been tied to increased levels of LDL, or “bad,” cholesterol, which raises the risk of heart disease.

“Between the two, olive oil is a better choice, since monounsaturated fats can have a beneficial effect on your heart when eaten in moderation and when used to replace saturated and trans fats in your diet,” said Annessa Chumbley, a registered dietitian and spokeswoman for the A.H.A., in an email. Earlier this year, the organization issued an advisory that firmly reiterated its guidance to consumers to replace saturated fats with unsaturated fats to help prevent heart disease. Consumers were also urged to keep in mind the bigger picture of an overall healthy eating pattern.

But of course, we don’t eat fats or cholesterol or antioxidants — we eat food. So while coconut oil certainly isn’t the magic bullet some claim, there’s no need to avoid it completely, especially if it is used instead of butter or shortening in baked goods or to impart flavor in something like a curry dish. As a general rule, though, cooking with olive oil is the better choice for overall health.

Do you have a health question? Ask Well