From the Department of Commerce reported:

The U.S. Census Bureau and the U.S. Bureau of Economic Analysis announced today that the goods and services deficit was $63.1 billion in October, up $1.0 billion from $62.1 billion in September, revised. 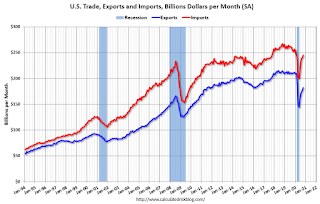 Both exports and imports increased in October.

Both imports and exports decreased sharply due to COVID-19, and have now bounced back (imports more than exports),

The second graph shows the U.S. trade deficit, with and without petroleum. 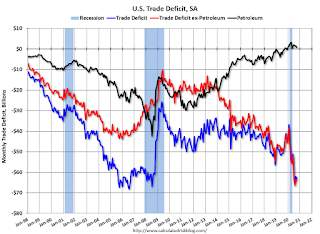