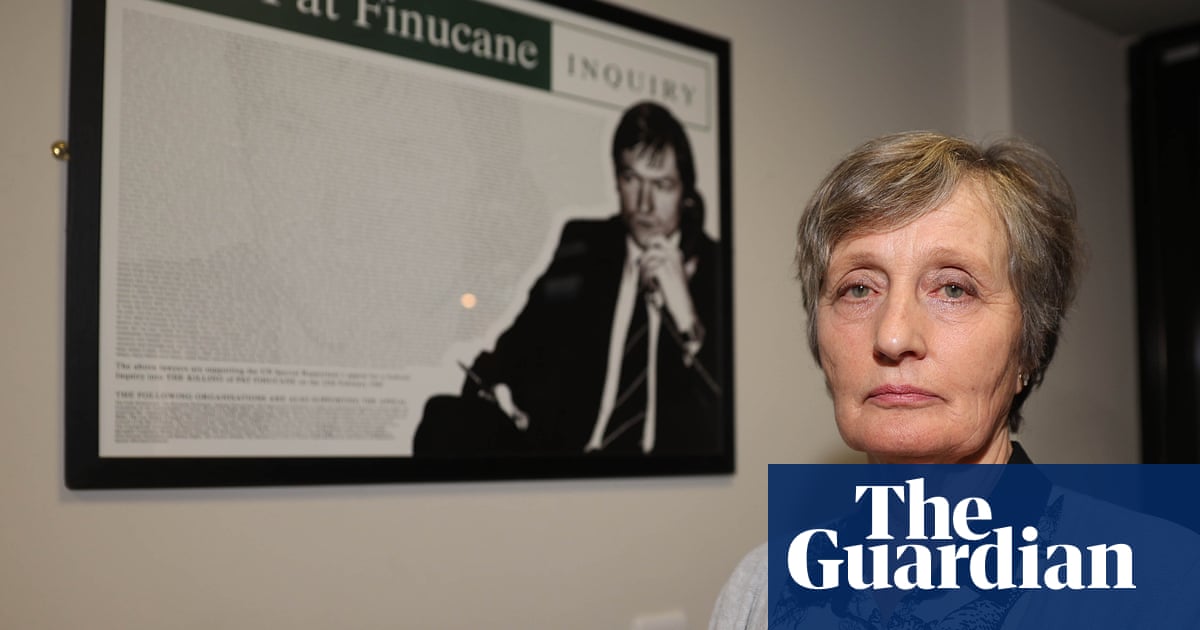 The European court of human rights has issued a stinging rebuke to the UK over its failure to enforce the court’s judgments involving security force killings and suspected collusion cases in Northern Ireland.

In a resolution published on Thursday, the Council of Europe, which oversees the ECHR, expressed “profound concern” at the government’s failure to effectively investigate legacy cases from the Troubles, including the 1989 murder of the Belfast solicitor Pat Finucane.

The committee of ministers made a formal request for the UK to provide further information on several cases by 25 January. It comes only days after the Northern Ireland secretary, Brandon Lewis, refused to hold a public inquiry into Finucance’s death.

The solicitor was shot dead by loyalist gunmen in front of his wife and three children. It later emerged that Brian Nelson, who directed the attacks, was an agent controlled by the British army’s force research unit.

The committee of ministers regularly assesses the implementation of ECHR judgments. It has become increasingly concerned over what it sees as the UK’s failure to enforce rulings requiring effective investigations into controversial killings during the Troubles.

The resolution relates to eight separate Northern Ireland judgments handed down by Strasbourg judges, some dating back to 2001, which the committee believes have been sidelined or not enforced by the UK.

As well as the ruling in Finucane’s case, they include the ECHR decision on Gervaise McKerr, who was shot dead, along with two others, in 1982 by Royal Ulster Constabulary officers. Their car was riddled with 109 rounds as they drove through County Armagh.

The resolution says that “in these judgments, the [ECHR] found procedural violations of article 2 [the right to life] of the [European convention on human rights] due to various shortcomings in the investigations into the deaths …”

The deaths were “in Northern Ireland in the 1980s and 1990s, either during security force operations or in circumstances giving rise to suspicion of collusion in their deaths by security force personnel”.

The committee said it accepted that many measures had been adopted following the judgments, but “questions are still outstanding, particularly regarding the functioning of the Office of the Police Ombudsman of Northern Ireland, … delays in inquest proceedings in legacy cases [and because] the historical enquiries team was disbanded in 2014”.

The resolution highlighted “information provided very shortly before” its last meeting by the UK government over its refusal to hold a public inquiry into Finucane’s killing. A UK supreme court judgment in 2019 also criticised the investigation into his death as inadequate.

The Strasbourg committee said it would consider whether to reopen its assessment of the case. It also “recalled with profound regret that the inquests and investigations in the cases of McKerr, Shanaghan, and Kelly and others [from the 1980s] have still not been completed”.

The statement concluded by calling “upon the authorities to follow up on their previous commitments to publish and introduce legislation in the United Kingdom parliament to implement the Stormont house agreement to address legacy issues.

“[It also] decided to resume examination of these cases, and all relevant developments [at its next meeting in March] and invited the [UK] authorities to submit detailed information on all of the above issues by 25 January 2021.”