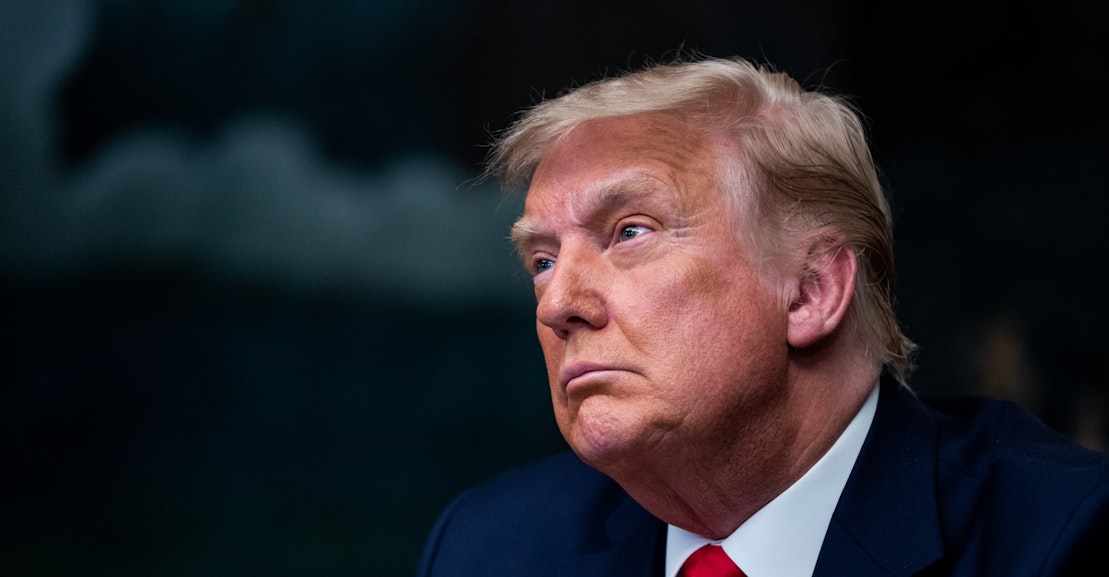 Yes, the speech he gave on Wednesday was unprecedented, destructive, and grotesque. But it was also plodding and dull, a resuscitation of a familiar list of grievances that he’s already spent a month tweeting. The president has reached a stage in his career analogous to Lenny Bruce reading court documents from the stage, except that Bruce had legitimate injustice to discuss; Trump has none. Instead, we are treated to familiar, unsubstantiated allegations of dead people voting and ornate conspiracies. At this point, Trump is losing the spotlight to people who seem to have arrived straight from some deranged improv comedy troupe or who are desperate to be portrayed by Chloe Fineman on Saturday Night Live.

The media’s newfound antipathy to the president will test one of the president’s own theses, that the media, in a tailspin prior to his candidacy, desperately needs Trump’s uncanny showmanship in order to survive. It’s true that cable news networks have had a record November thanks to the election and its aftermath. But the fact that Trump can’t generate interest in his latest videotaped rant, even after an extended period of time in which he mostly kept himself out of the camera eye, put this thesis to the test and only demonstrated that it’s possible for the media to be very discerning and selective about their Trump coverage.

Whether networks can continue to be this disciplined after Trump leaves office—and particularly if he announces a 2024 campaign before or during Biden’s inauguration—is another question entirely. Biden has promised and, thus far, largely delivered on an administration that will exponentially decrease the constant news-churning drama of the last four years. Should Trump emerge as a 2024 frontrunner, networks might be jolted back into a frame of mind where he becomes Biden’s vibrant foil.

But it’s also possible that Trump got his thesis about the press’ dependency on his antics backward. It is definitely the case that the media has benefited tremendously from Trump’s ability to turn American politics into a constant car crash. Trump’s buffoonery was, for a long while, novel and insane enough to be profitable; as the media pointed more and more cameras at Trump, he extracted more and more legitimacy. Now that Trump is just raging against the dying of the light of his political career and promoting a slew of genuinely bonkers conspiracy theories, the act’s grown stale outside of a few right-wing media niches. Trump may have hoped that forty-six minutes of frothing might have gotten cable news to pay attention to him the way it once did. Instead, it gave the media the opportunity to demonstrate a new-found discipline and an ability to avert their gaze from what was once thought of as a profitable trainwreck.