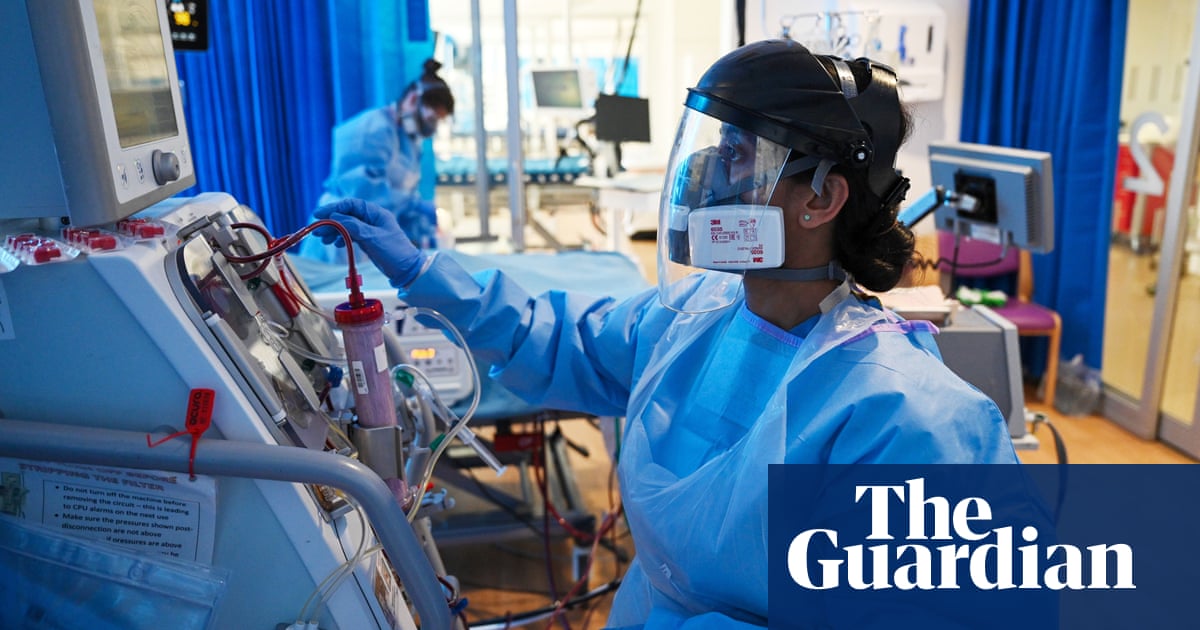 NHS staff will no longer be among the first people to be vaccinated against Covid-19 after a rethink about who should be given priority.

The change is likely to disappoint and worry health service staff, some of whom had already booked appointments to get immunised.

Frontline personnel were due to have the Pfizer/BioNTech vaccine when the NHS starts rolling it out, probably next Tuesday, after the Medicines and Healthcare products Regulatory Agency approved it on Wednesday.

Separately, NHS bosses warned the 800,000 doses that comprise the UK’s first consignment from Pfizer’s manufacturing plant in Belgium may be “the only batch we receive for some time”, raising questions about how soon further supplies will arrive.

NHS Providers, which represents health service trusts in England, on Thursday confirmed health service staff had been moved back in the queue for who gets immunised in the next few weeks. It follows new UK-wide guidance on priority groups issued by the Joint Committee on Vaccination and Immunisation and the uncertainty over when the rest of the 5m-strong initial batch of doses that ministers ordered will reach the UK.

The JCVI reiterated its previous stance that people in care homes and staff and over-80s must be the first groups of people to have the Pfizer/BioNTech jab, with health workers next in line.

Chris Hopson, the chief executive of NHS Providers, detailed the new order in a series of tweets. He said: “JCVI prioritisation clear. Care home residents and their carers. Then over-80s and frontline health/care workers.

“Yesterday’s combination of JCVI prioritisation/MHRA authorisation conditions [on the vaccine’s licence] therefore changes previous, unofficial, assumption [that] hospitals would concentrate initially on staff.” Hospitals across England had expected to immunise their staff first and begin planning to do that from next week.

Whether care home residents and staff on the one hand or NHS personnel on the other should be prioritised for the first doses caused tension on Wednesday behind the scenes between NHS England and Downing Street.

The decision means even doctors and nurses who were due to have the vaccine in their hospital may now face a potentially lengthy delay before doing so, unless their underlying health or role in the NHS means they get one, he said separately.

“Our expectation is that the small number of NHS staff who have been booked for a vaccine will receive it, but hospitals will review those bookings in light of the JCVI guidance on prioritising the most at-risk staff.”

Hospitals will begin to inoculate care home staff by inviting them to come in for a jab, and over-80s by giving the vaccine to those in that age group who are either already an inpatient or attending an outpatient appointment.

However, Hopson confirmed that, as the Guardian reported on Wednesday, the logistical complications the Pfizer/BioNTech vaccine involves means the UK’s 400,000 care home residents will have to wait. It needs to be stored and transported at -75C and all 975 doses in each batch used within six hours of the batch being opened. That makes it unsuitable for use in care homes, because of the small numbers of residents and staff.

The MHRA is reviewing the conditions it attached to the vaccine’s licence and is expected to approve the sub-division of the 975-dose batches into smaller quantities, but not for about two weeks.

“MHRA and NHS currently validating/working on process to enable splitting of boxes of 975 doses into smaller parcels,” Hopson tweeted. If the MHRA approves splitting, then healthcare workers will take smaller batches from hospitals to care homes and start administering jabs there.

NHS staff will only be able to get the vaccine if there are any doses still unused after those three groups have been immunised, which may prove unlikely, given the limited number of doses arriving initially. Hopson said: “If there are vaccine doses left over, hospitals will then vaccinate staff based on defined risk/already booked.”

The Royal College of Nursing warned the change in the priority groups was leaving NHS staff confused. “We understand why care home staff and residents are being given top priority given the level of risk they are facing. But mixed messages around when health and care staff will receive the vaccine is creating a significant amount of confusion on the frontline,” said Mike Adams, its director for England.

Meanwhile, the NHS in England is finalising a public information campaign to advise people who are keen to have the vaccine not to inundate GP surgeries asking for an appointment in the wake of the excitement its approval has generated.

“We want to stop the public bombarding their GP with requests for the vaccine. So there’ll be a campaign which basically says ‘we’ll contact you, don’t contact us’, which stresses that people in the priority groups will be contacted to arrange their vaccination, in the way that people are when they’re being offered the winter flu jab,” said a source with knowledge of the plan.