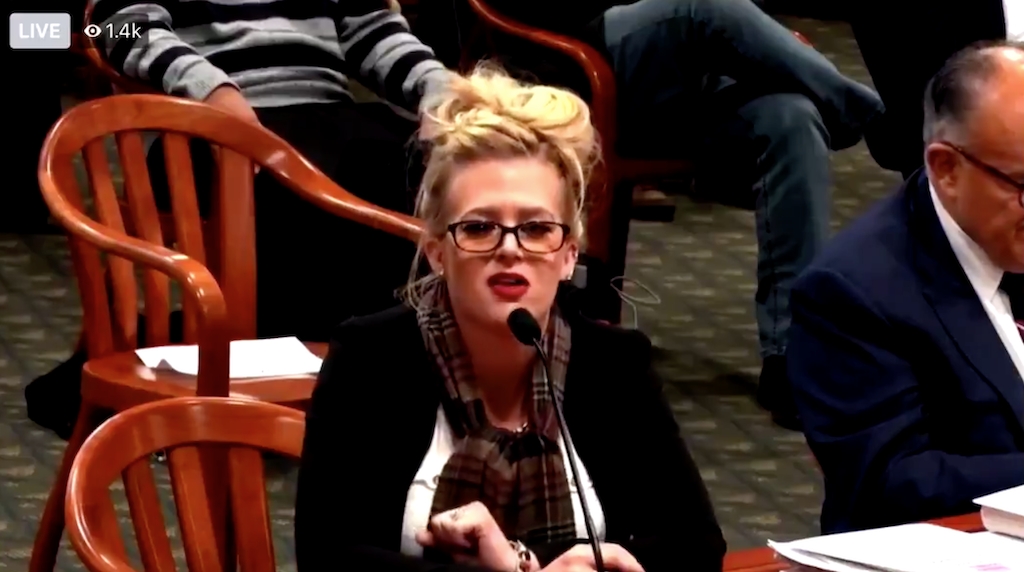 For the last month, Donald Trump’s legal team has been going around the nation’s courts, alleging widespread voter fraud. And they’ve lost every case apart from one. Not only that, they’ve inspired widespread mockery, from their bungled press conferences to their typo-ridden lawsuits. They can’t do anything right. The same day one “Elite Strike Force” lawyer actually told Republicans to not vote in Georgia’s Senate runoff, a star witness at a hearing in Michigan captivated social media — and, of course, not in a good way.

According to The Detroit News, Trump team attorneys Rudy Giuliani and Jenna Ellis attended a Michigan House Oversight Committee hearing, during which they pushed the same discredited claims that have been shot down everywhere else. They also had guests.

One of them — a blonde woman who appeared to a poll watcher — made many bold claims, including that one country’s poll book was off by “over 100,000.” When Representative Steve Johnson patiently explained that they weren’t seeing any evidence of that in the poll books, she replied, “What did you guys to do to…do something crazy to it?” She claimed that she “signed something saying if I’m wrong I can go to prison.” She was sarcastic, she was aggressive, she was condescending, she slurred her speech. Social media was in love.

Others were also convinced she’d had something before testifying.

She sounds like she’s drunk at the end of the night arguing with the bartender over how many cosmos should be on her tab.

Many simply could not believe what they were seeing.

When the studio kept you waiting in the lobby 40 minutes late, and you know they’re never gonna buy this pitch anyway. https://t.co/xpypTxNGmW

Some pointed out that even Rudy “Melting Goo” Giuliani had to calm her down at one point.

Many weren’t sure if they weren’t actually watching sketch comedy.

A Rick and Morty writer claimed it was actually her.

While the woman inspired a lot of jokes, some sort of admired her.

In any case, Trump appears to be no closer to conceding than he was almost a month ago, and not his team nor their army of poll watchers has offered any concrete evidence. Until he does, all any sensible person can do is laugh at them.