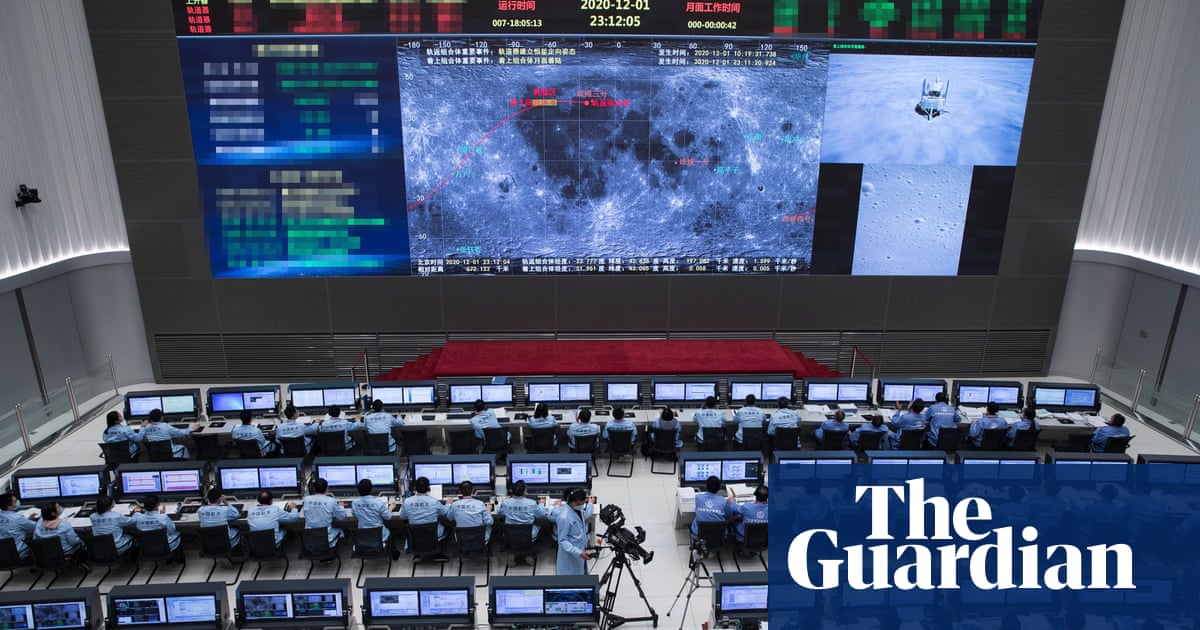 China has successfully landed a probe on the moon. There, the unmanned Chang’e-5 will prepare to collect the first lunar samples gathered since the Soviet Union’s Luna 24 mission in 1976. Here is everything you need to know:

Why has China gone to the moon?

Beijing wants to become a space superpower alongside the US and Russia, the only two countries to have so far collected lunar samples.

President Xi Jinping hopes to operate a permanent space station called Tiangong (heavenly palace) – planned for as early as 2022 – and send astronauts to the moon, as part of what he calls the country’s “space dream”. The first prototype, Tiangong-1, was launched in 2011 and completed its mission before China lost control of the craft and it crashed into the ocean in 2018. A space laboratory called Tiangong-2 launched in 2016 and made a controlled re-entry in 2019.

As part of China’s space plans, it launched a new rocket and prototype spacecraft in May, called the Long March 5B. China hopes that one day craft like these will take a crew of six to the space station.

The Chang’e-5 mission provides an opportunity to test equipment and procedures before the next Tiangong phase.

What will the moon rocks be used for?

The 2kg of material – dust and debris – the probe is expected to collect will help scientists learn about the moon’s origins, formation and volcanic activity on its surface, according to AFP.

Xiao Long, a planetary geologist at the China University of Geosciences in Wuhan, told Nature that the samples could “rewrite the history of the moon” if they show that there was still volcanic activity on the moon’s surface 1bn-2bn years ago. Previous lunar material suggests this activity stopped around 3.5bn years ago, according to Nature.

Moon dust is also pretty weird stuff, and understanding it is important for the future of space exploration. If you want to know more, this article in Wired, “why moon dust could cloud our lunar ambitions” is worth reading.

How will the probe collect the lunar samples?

The Chang’e-5, named after the Chinese moon goddess, comes equipped with a lander and ascender. These have now separated from the rest of the craft and touched down near the 1.3km-high Mons Rümker, a volcanic area in a previously unexplored part of the Oceanus Procellarum (Ocean of Storms), the dark spots that form the head of the moon rabbit we can see from Earth. This spot is thought to be one of the last volcanically active areas of the moon.

Next, the craft will drill two metres into the ground, scoop up the lunar material, store it in the ascender at the top of the craft, and lift off. It will then dock with the rest of the orbiting spacecraft, to which the samples will be transferred before the ascent vehicle is jettisoned.

The spacecraft will then re-enter Earth’s atmosphere and parachute down into northern China’s Inner Mongolia region.

How long will this mission take?

Chang’e-5 needs to complete its mission within one lunar day, the equivalent of 14 days on Earth, so that it does not have to withstand too many of the moon’s extreme overnight temperatures.

What could go wrong?

Clive Neal, a geoscientist at the University of Notre Dame in Indiana, told Nature the lander could crash, topple over, or the samples could fall out as it moves. The spacecraft also still has to make the journey back to Earth and land smoothly in Inner Mongolia later this month.