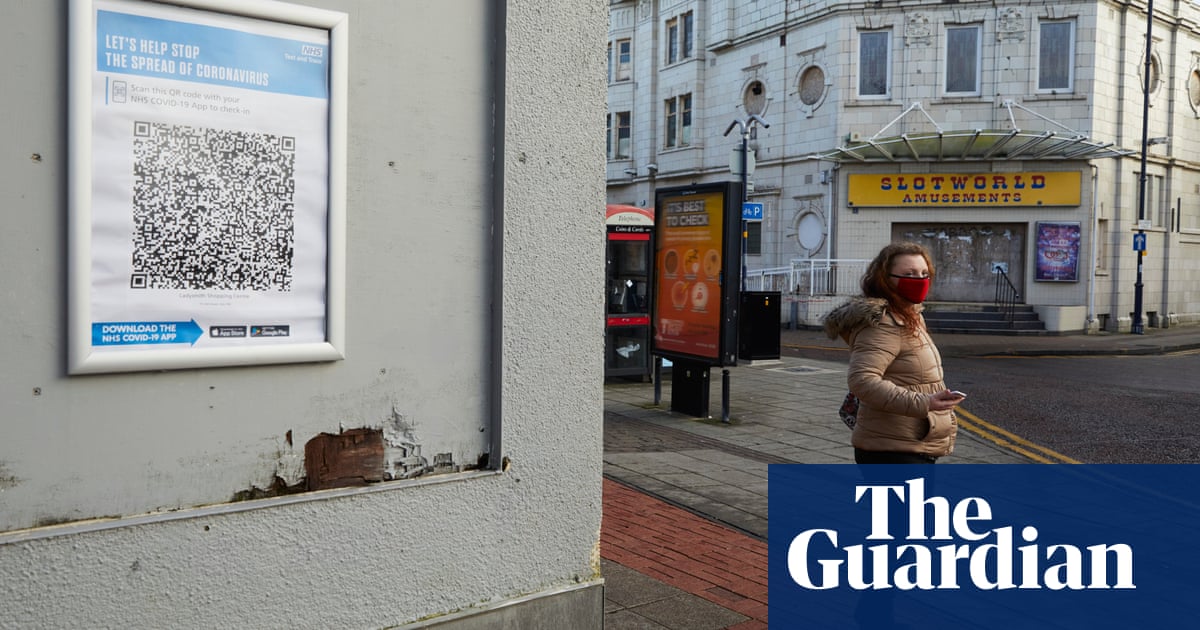 There are certain places in Britain that are used to being at the top of all the wrong league tables – seaside towns with the highest rates of deprivation, former industrial powerhouses now better known for their unemployment levels than the ships they once made.

Tameside is not one of them. One of Greater Manchester’s less famous boroughs, it is home to 226,000 people who live in a collection of former industrial towns and villages on the border with Derbyshire, overlooked by the Saddleworth moors and Peak District hills.

It may come as something of a shock to them to learn that Tameside is now the Covid death capital of the UK, with proportionally more residents having died with coronavirus than anywhere else in the country.

As of Tuesday, 500 people had died with Covid on their death certificate in Tameside this year, amounting to 221 people per 100,000. Of those 500, 396 passed away in hospital, 78 in a care home, 15 at home, nine in a hospice, one in “another communal establishment”, and one elsewhere.

It is not the first time Tameside has made headlines for macabre reasons. Hyde, a local town, was home to Harold Shipman, Britain’s most prolific serial killer, a GP who killed at least 250 of his patients over 23 years. For a while until their arrest, the Moors murderers, Ian Brady and Myra Hindley, also lived in Hattersley, a Tameside suburb.

But why has this district been so hard hit by Covid? Being old is the main risk factor for coronavirus and Tameside has slightly fewer over-75s than the English average (7.71% of the population, compared with 8.49%). But life expectancy is short, with men dying three years younger than the England average (77.6 instead of 79.6) and women living to an average of 80.2 instead of 83.2.

Statistics from Public Health England show the health of people in Tameside is generally worse than average, with high levels of smoking, obesity and physical inactivity. A disproportionate number of Tamesiders die from cardiovascular disease and cancer too.

On the index of multiple deprivation – which ranks local authorities in England by various factors including health outcomes, unemployment levels and educational attainment – Tameside comes 20th out of 151. Blackpool is first, yet has seen far fewer Covid deaths: 203 as of Monday, amounting to 163 per 100,000.

However, the message from Jeanelle de Gruchy, Tameside’s director of public health, is: don’t panic. Part of the reason the area has had so many Covid deaths is because Tameside started testing earlier than almost anywhere else during the first wave.

“In Tameside we moved quickly to try and identify and support those with Covid,” she said. “The measure of deaths within 28 days of a positive test in part, reflects our high testing rates both in the hospital, in the community and other settings [for example, care homes] meaning we have identified people who contracted Covid, even where this was not the eventual cause of their death.”

Looking at the current, second wave, Tameside is no longer top of the deaths table; it is 24th.

De Gruchy said: “Infection rates are now the lowest they have been since mid-September.”

She also suggested a better measure would be the age-adjusted figures for all causes of death, which have not yet been released for recent months. That would show which areas had the highest number of excess deaths.

Still, the Labour MP Andrew Gwynne, who represents Denton and Reddish, suggested the local hospital, Tameside General, had questions to answer about how many of those who died caught Covid after being admitted.

“There is anecdotal evidence that Covid got into non-Covid wards. I don’t know how correct that is, but I am asking these questions of the trust,” Gwynne said. “These things do concern me because in terms of successful infection control, you need to keep the virus away from those who are incredibly vulnerable in hospital.”

He said he thought that in the first wave the hospital’s “ability to isolate the most vulnerable from Covid wasn’t as successful as it could have been”.

During one week in September, a third of all Covid-19 deaths in England’s hospitals occurred in Tameside General (18 out of 52). At the time, the trust admitted it was dealing with an outbreak, but this week it said it could not confirm how many patients had caught Covid-19 in the hospital – what’s known as nosocomial infections.

A spokesman for Tameside and Glossop integrated care NHS foundation trust, said: “The latest data on nosocomial infections actually shows that the hospital is in line with the national median and better than the average for the north-west of England.

“The hospital has rigorous infection prevention control measures in place, and the public can help support this action by following the government advice around hands, face and space.”