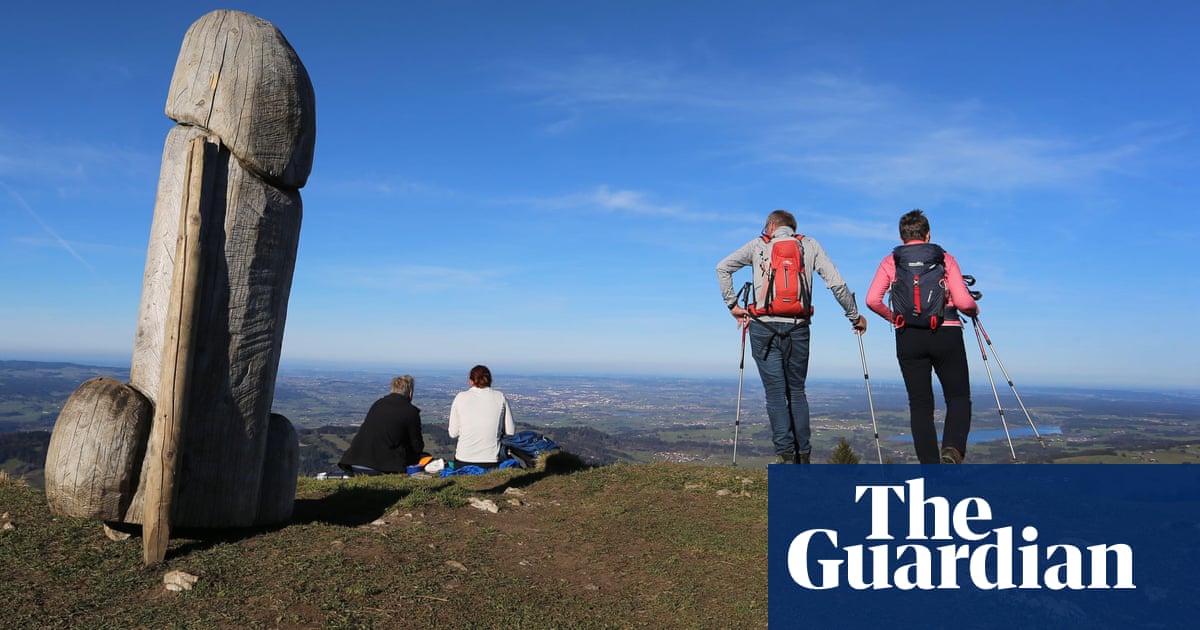 German police have opened an investigation into the disappearance of a large wooden sculpture of a phallus from a mountainside where it appeared without explanation several years ago.

The two-metre-tall (7ft) sculpture appeared to have been chopped down over the weekend, local newspaper Allgaeuer Zeitung reported on Monday, leaving behind only a pile of sawdust on the 1,738m-high (5,702ft) Grünten mountain, in southern Bavaria, 140km south-west of Munich.

The homage to male genitalia had gained celebrity status in recent years as a destination for hikers, and even appeared on Google Maps, where it was classified as a “cultural monument”. Local lore has it that it was made as a prank birthday present for a young man whose family didn’t appreciate the gift, so the 200kg (440-pound) sculpture was hauled up the mountain and left there.

In recent weeks, the sculpture has enjoyed mixed fortunes, being knocked down and put up again, but also having a beer dedicated to it by the local brewery (“a tangy, natural red beer”).

The German news agency dpa reported that police in the Bavarian town of Kempten are investigating the disappearance, although it wasn’t clear whether a crime had been committed. The owner of the sculpture is unknown.

It has been a tough few days for unorthodox, mystery monuments. The 3.5-metre (11ft) stainless steel monolith in the Utah desert that garnered so much attention since its discovery a fortnight ago has also disappeared.

The San Juan county sheriff said the office did not have the resources to devote much time and energy to investigating who took the object away, which was illegal to begin with.

Hundreds travelled to find the monolith, which was spotted on 18 November by state helicopter crews helping wildlife biologists count bighorn sheep. Utah officials did not say specifically where the monolith was located, but people soon found it through satellite images dating back to 2016 and determined its GPS coordinates.