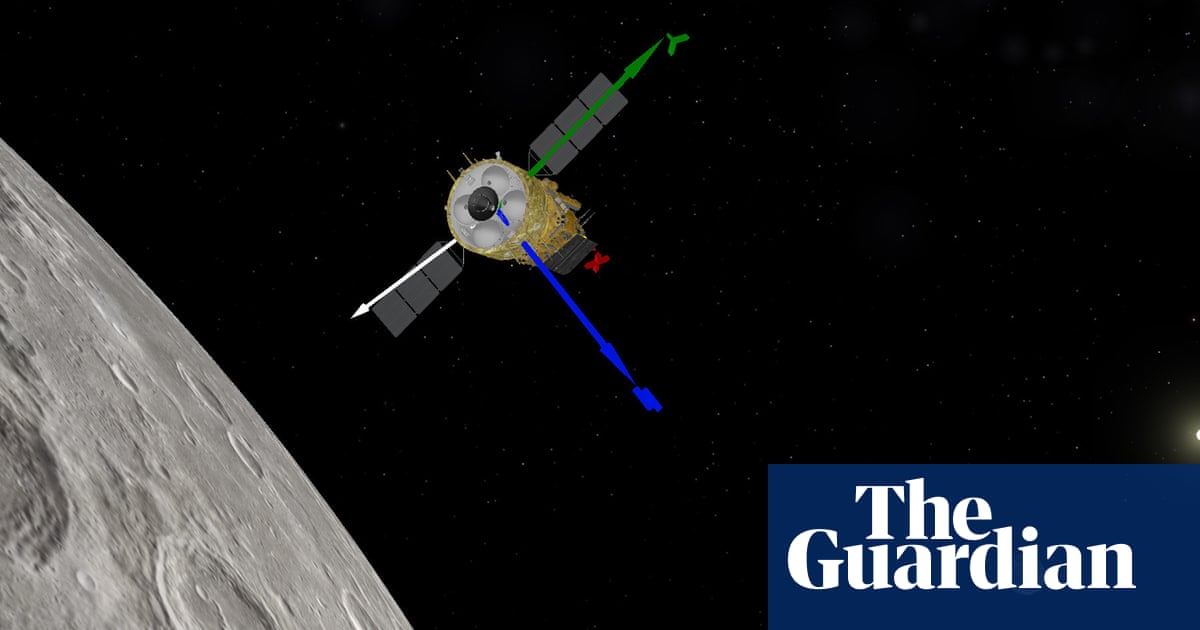 A Chinese probe sent to the moon to bring back the first lunar samples in four decades has successfully landed, according to Beijing’s space agency.

China has poured billions into its military-run space programme, with hopes of having a crewed space station by 2022 and eventually sending humans to the moon.

The latest mission’s goal is to gather lunar rocks and soil to help scientists learn about the moon’s origins, formation and volcanic activity on its surface.

The Chang’e-5 spacecraft – named after the Chinese moon goddess – landed on the near side of the moon late on Tuesday, reported the state media agency, Xinhua, citing the China National Space Administration.

If the return journey is successful, China will be only the third country to have retrieved samples from the moon, following the US and Soviet Union in the 60s and 70s.

The probe entered the moon’s orbit on Saturday after a 112-hour journey from Earth, Xinhua said, after a rocket carried it into space from Hainan province last week.

It is to collect 2kg (4.5lbs) of surface material in a previously unexplored area known as Oceanus Procellarum (Ocean of Storms), which consists of a vast lava plain, according to the science journal Nature.

The collection will take place over the course of one lunar day – equivalent to about 14 Earth days.

Its lunar samples will then be returned to Earth in a capsule programmed to land in northern China’s Inner Mongolia region this month, according to Nasa, the US space agency.

Under President Xi Jinping, plans for China’s “space dream”, as he calls it, have gone into overdrive.

The new superpower is looking to catch up with the US and Russia after years of belatedly matching their space milestones.

A Chinese lunar rover landed on the far side of the moon in January 2019 in a global first that boosted Beijing’s aspirations to become a space superpower.

The latest probe is among a slew of ambitious targets set by Beijing, which include creating a powerful rocket capable of delivering payloads heavier than those Nasa and private rocket firm SpaceX can handle, a lunar base and a permanently crewed space station.