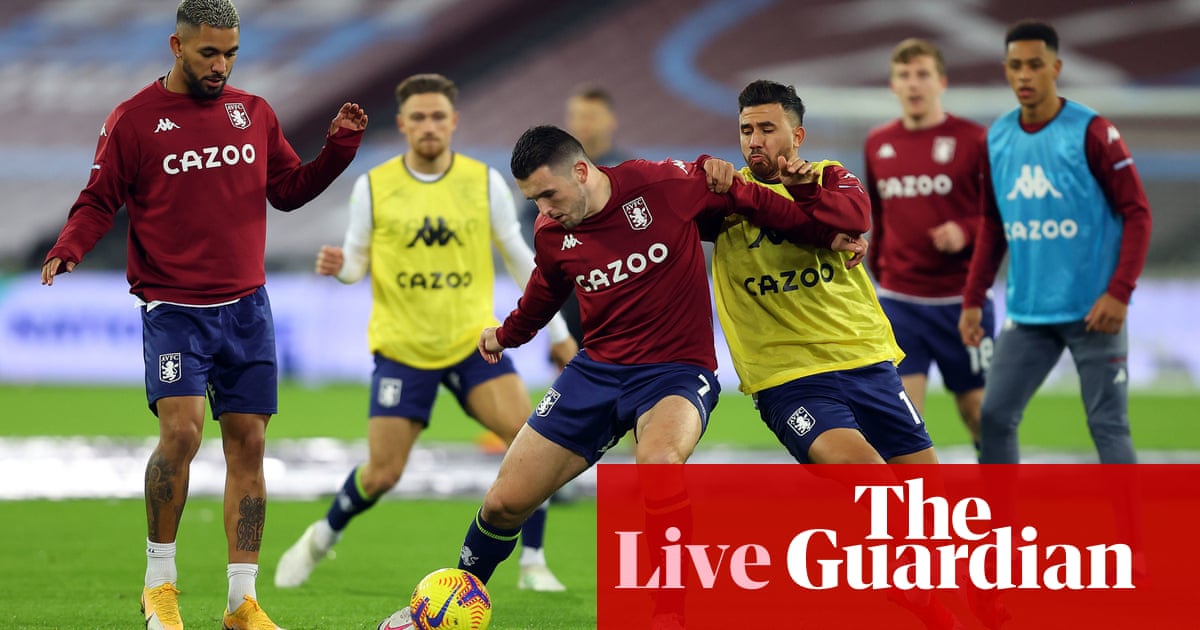 “Evening Rob,” says Chris Drew. “Hope you are keeping well in these times. As a Villa fan, I must say that since that result against Liverpool (who we’ve now just drawn in the third round of the FA Cup), I think it can only be downhill from now on this season. Doomed would be an understatement.”

It wouldn’t really be an understatement to say Villa are doomed, would it? The loss of Barkley is a worry, though.

Leicester City 1-2 Fulham was the final score in the early Premier League game. Who knew? It means that Villa will go fourth if they win tonight, with a game in hand on the teams above them.

Michail Antonio returns for West Ham, who also have Said Benrahma on the bench. Conor Hourihane replaces the injured Ross Barkley for Villa.

Hello and welcome to live coverage of the claret and blue derby from the London Stadium. A lot has changed since West Ham and Aston Villa last met. Their 1-1 draw on the final day of the season was enough to keep Villa up, by the skin of their teeth, and ensured that West Ham would finish a place above them in 16th. Villa and West Ham were the worst of the rest.

Four months on, this is a mid-table clash. Both teams have made impressive starts to the season, and a win for either side tonight would put them fifth (or maybe fourth in Villa’s case, as Leicester are 2-0 down at home to Fulham). David Moyes and Dean Smith made some really smart summer signings, and Villa in particular look a different side to last season.

One of the main reasons for that, Ross Barkley, is out injured tonight. That’s a big blow to Villa and particularly Jack Grealish, whose burgeoning creative bromance with Barkley has been put on hold. We’ll find out in the next few minutes who his replacement will be.