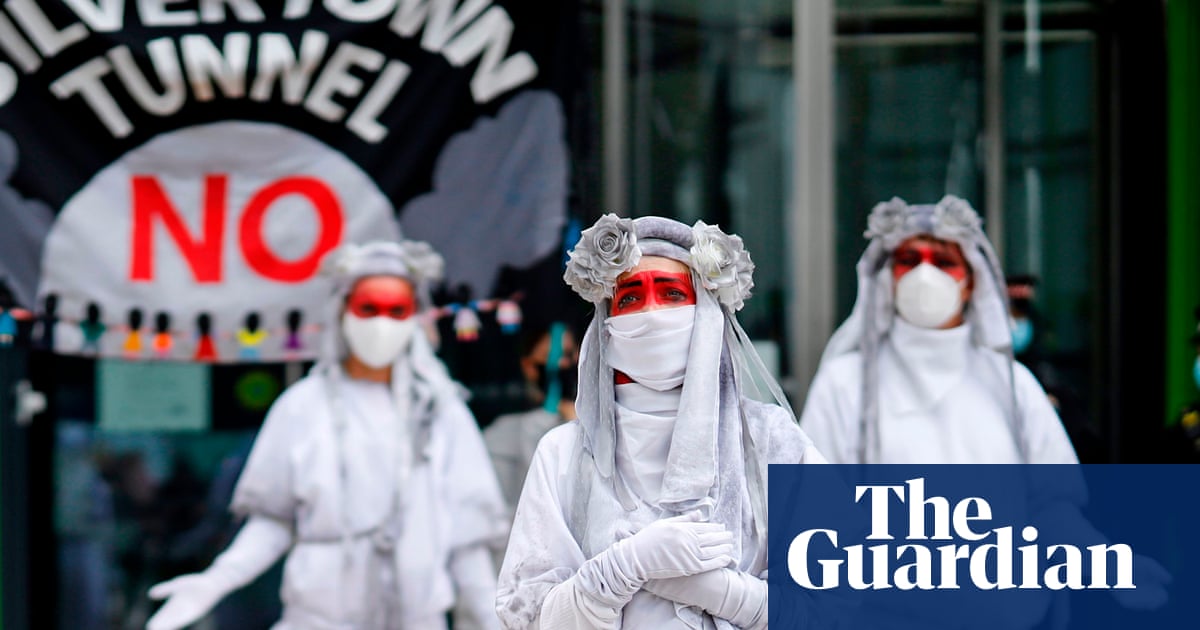 The London mayor, Sadiq Khan, is coming under renewed pressure to abandon plans for a new four-lane road tunnel under the River Thames after another Labour MP came out in opposition to the scheme.

Abena Oppong-Asare, the MP for Erith and Thamesmead, has written to Khan outlining her constituents’ concerns around the tunnel’s “continuously escalating” costs and its environmental impact in the midst of a climate and air pollution crisis.

“Green transport must be the future of this city,” Oppong-Asare wrote. “This requires large-scale investment into sustainable public transport, promotion of walking and cycling and long-term decarbonisation measures. The Silvertown tunnel project does not represent a positive contribution to this future.”

Oppong-Asare joins a growing list of MPs, councillors, environmentalists and local residents who oppose the project.

Labour’s shadow environment secretary, Matthew Pennycook, whose Greenwich and Woolwich constituency would contain one end of the tunnel, earlier this year called on Khan to reverse the plan. Lyn Brown, the Labour MP for West Ham, where the other end of the tunnel would be, has also called for the project to be dropped.

“There is time to think again,” Pennycook told the Guardian in September. “Serious works have not started and the financial situation at TfL [Transport for London] may lead to a reassessment of the project’s viability.”

The spiralling cost of the scheme has come under continued scrutiny. In September the Guardian revealed that the project could cost nearly £2bn over the next three decades if it goes ahead.

The figure – which includes the construction, maintenance and operation of the tunnel as well as interest payments on the debt – is more than twice the original estimate.

In June, a report from the Oxford Institute for Energy Studies, backed by some of the UK’s leading climate scientists, found that the Silvertown tunnel was incompatible with the Greater London Authority’s aim to become carbon-neutral by 2030.

Khan has repeatedly defended the scheme, saying it was essential to improve river crossings in east London that are “antiquated and worn out”.

City Hall insists the new tunnel would provide a “public transport-focused river crossing” with improved bus links, and be paid for by introducing tolls on both the Blackwall tunnel and at Silvertown.

Transport experts, politicians and environmentalists will outline the case for cancelling the project and set out alternatives at an online conference on Friday.

Among those due to address the event is the transport expert Christian Wolmar. “I cannot understand why Sadiq Khan is persisting with this out-of-date project,” he said. “The Silvertown tunnel is a 1970s solution to a 21st-century problem. You can’t build more roads to get yourself out of a crisis when all it does is make it easier to get in a car or HGV and pollute more of London’s air.”