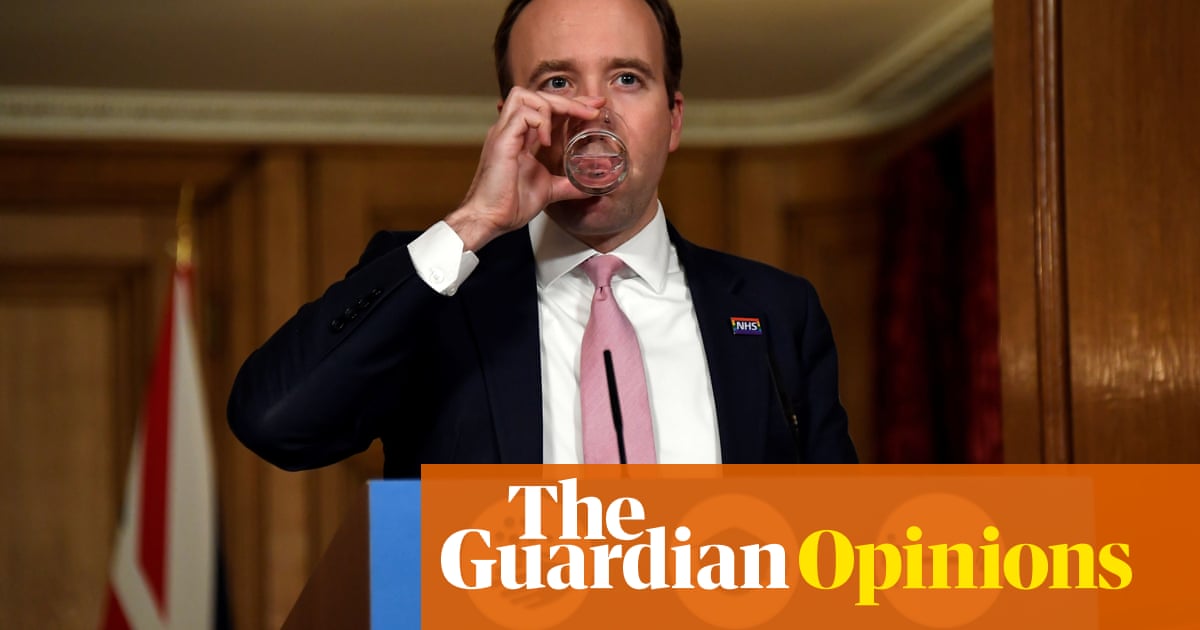 Where’s Priti Patel? Unintentionally busy, presumably. As are Michael Gove, Dominic Raab, Alok Sharma and others. There was a time back in the spring when we had a rolling cast of ministers to compere the Downing Street press conferences. Now it seems that almost all of the cabinet have learned to make themselves unavailable. Things to do, people not to see. Well, it is lockdown.

So inevitably it was Matt Hancock who was yet again delegated to do the front-of-house gig at No 10. The health secretary has long since resigned himself to doing all the jobs that no one else will. That’s why he’s the Door Matt; the ideal fall guy for a press conference at which the government has almost nothing much to say. And what he did have to say didn’t really stand up to much scrutiny.

You could tell Matt didn’t have much news as he was sent out with the B team of Stephen Powis, medical director of NHS England, and the aptly named Gen Gordon Messenger, the head of operations for community testing, who saw his job as repeating, when asked, what Hancock had just said. But Door Matt is nothing if not willing and he’s never been afraid to fill 10 minutes of dead air with 10 minutes of dead words.

The lockdown had worked, the virus was coming under control, but we needed to still be vigilant, he began, which was why the government was bringing in the regional tiering system. Well, tell us something we didn’t know. Like, what was in the government’s social and health impact assessment that had been knocked up in a few hours to try to placate a few potential Tory rebels? Except it was obvious that either Door Matt hadn’t read the assessment or knew that it didn’t have anything in it that hadn’t already been published in one way or another.

What passed for the big news of the day was that we were now about to roll out community testing so we could stop asymptomatic carriers passing on the disease. Hancock looked exhausted rather than elated by this piece of news. Then again, it was hardly something that registered as news. We’ve known for months that about a third of people with coronavirus displayed no symptoms, so the real question was why it had taken the government so long to get round to realising it might be a good idea not to just offer tests to the symptomatic.

“Hope is on the horizon,” he concluded. As was the light of dawn. It’s going to be one hell of a horizon when it finally appears. Our sacrifices would not be for nothing. If it’s any consolation to the health secretary, Boris Johnson is no more convincing when he’s going through his own repertoire of sub-Churchillian bollocks. It would be nice for once to have a politician who just radiated honesty, rather than ones that substituted grandstanding for sincerity.

After advising a woman called Ella to check the government’s website to see if she was allowed to see her long-term partner indoors – he seemed reluctant to break the bad news to her in person – Door Matt struggled to explain why the pre-Christmas university testing regime could be guaranteed to work, given it wasn’t being made mandatory. It’s a huge logistical exercise that would come together, was the best he could come up with. Hardly a ringing endorsement. “We will be working with local communities,” said Messenger Messenger.

Nor was Hancock at all convincing when insisting that some regions might be able to come down a tier before Christmas, despite no one knowing what the impact of the five-day festive amnesty on each region would be. You could tell he was floundering because he lapsed into his default management consultancy speak. The type of language for which you get paid £600 per hour for saying precisely nothing at all.

That was pretty much the high point of the 45 minutes. Because straight afterwards he was asked if the move to community testing wasn’t actually an admission that Dido Harding’s test, track and trace programme had been a complete failure. Quite the reverse, Door Matt, said, the bags beneath his eyes visibly drooping still further. It was only because of Typhoid Dido’s brilliance in only managing to ring the flatmates who already knew that the person they shared with had had a positive test, that community testing had become possible. All the best scientific advances were made on the back of calamity, and the country owed a huge debt of gratitude to Typhoid Dido for her uselessness.

The briefing ended with Messenger Messenger going slightly off message by saying that the mass community testing probably wouldn’t be happening en masse. Given the numbers involved and the comparatively limited personnel resources, it would take months to sequence out the testing of the 23 million people in tier 3. Not such a happy Christmas everyone. But by now Hancock was just glad to bring the briefing to an end. No one had asked him about scotch eggs or his friendship with the landlord of the Cock Inn, who had made millions from testing equipment. And on a bad day, that constituted a win.