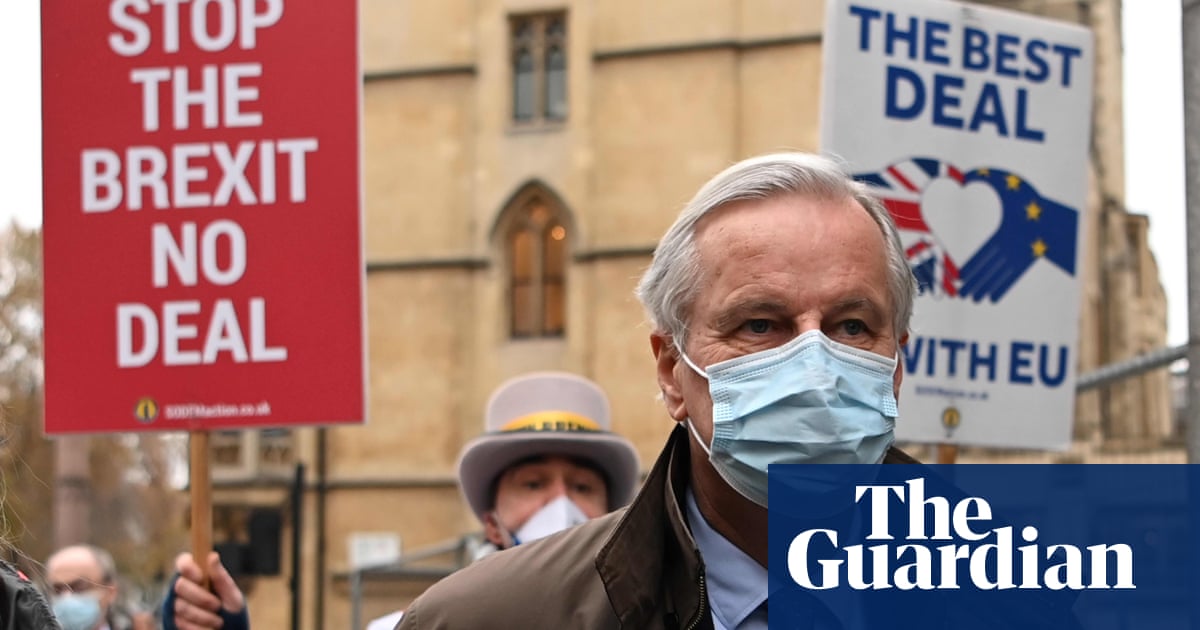 The Irish foreign minister has warned that the EU is not going to fall into a Brexit “negotiating trap” being laid by the UK as both sides entered into what his British counterpart, Dominic Raab, has described as “the last week or so” of substantive talks.

Simon Coveney, who has had a leading role in the first phase of negotiations over the Irish border, said at the same time both sides must avoid engaging in a blame game as the “truth of Brexit” and its subsequent challenges become clear.

He added there was a big incentive to get a deal done but two big issues remained unresolved.

“The truth of Brexit is now being exposed in terms of the challenges of it,” Coveney told Radio Ulster. “This is something that the UK and the EU have to find a way forward on as opposed to focus on a blame game as regards who is at fault.”

The EU had always maintained there could be no trade deal unless the contentious issue of fishing was first agreed.

Although the sector contributes just 0.2% of the UK economy, it is a huge political issue for struggling coastal communities who rely on fishing and voted for Brexit.

Coveney suggested the UK was using it as leverage in other parts of the trade talks and was alive to the potential for the UK to agree compromises in other areas including state aid and governance and then use that to squeeze a last-minute compromise on fishing out of the EU.

“What we are not going to do is to get an agreement in all of these other areas and then allow a situation where the UK side say, ‘Look, we’re not going to allow this whole thing to collapse over fish?’, and for us to essentially give Britain what they want over fish,” he said.

He said this would be a “British negotiating trap”, adding: “We’re not playing that game. If there isn’t an agreement on this the whole thing could fall on the back of it.”

It is thought the remaining dispute over fishing lies in both the length of a potential deal and the access of EU boats and fishing stocks in British coastal waters.

According to reports, the EU’s current offer on fishing – to return between 15-18% of fish stocks currently caught by EU fleets in British waters – was dismissed as “derisory” by British negotiators.

However, sources say the negotiations are focused on the quotas of each of the 140 species of fish. “It’s percentages of different types of fish – rights to cod in the English Channel is more important to Britain than, say, rights to mackerel in the North Sea,” said a source.

Downing Street said the negotiating teams led by Michel Barnier and David Frost worked until “late last night” in London but warned there would no compromise in the UK’s position on winning back control of fishing waters.