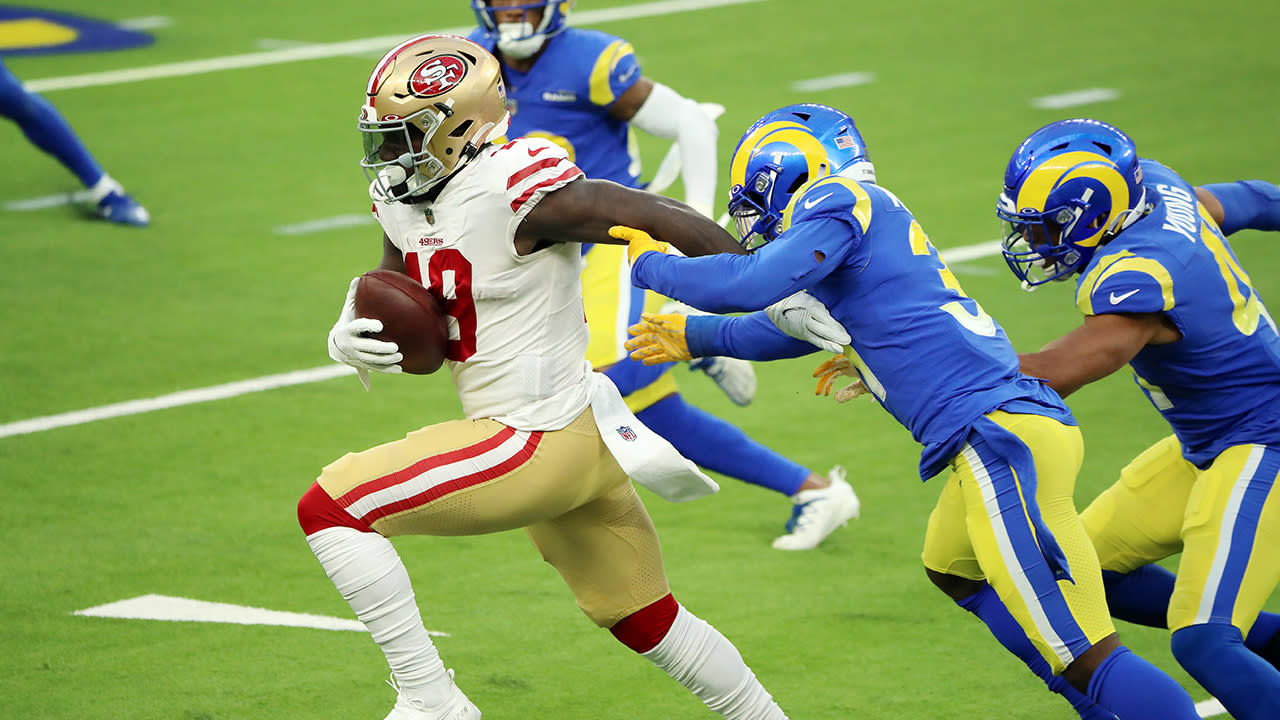 Prior to the first meeting between the two teams back in Week 6, Donald feigned as though he had never heard of Samuel, despite it being the receiver’s second year in the NFC West. Samuel went on to haul in six receptions for 66 yards and a touchdown in the 49ers’ 24-16 win, while Donald was almost entirely kept off the stat sheet.

Following that first victory over Los Angeles, Samuel clapped back at Donald on social media.

And if Donald still didn’t know who Samuel was after that, he surely does now. Samuel was San Francisco’s best offensive player on Sunday, recording a career-high 11 receptions for 133 yards in the 49ers’ come-from-behind win. He broke off several big plays and, as usual, was awfully tough to bring down.

Donald was far more impactful in the second matchup, recording a sack, forced fumble and four quarterback hits. But in the end, it was Samuel and the 49ers that proved victorious, and afterward, Samuel took the opportunity to rub even more salt in Donald’s wounds.

In Samuel’s four career games against the Rams, he has totaled 24 receptions for 248 yards and two touchdowns, while also adding another 23 yards and a score on the ground. Most importantly, though, the 49ers are undefeated in those matchups.

Donald and the Rams surely are well aware of who Samuel is and what he’s capable of by now. And if they somehow manage to forget, he’ll take plenty of enjoyment in reminding them.