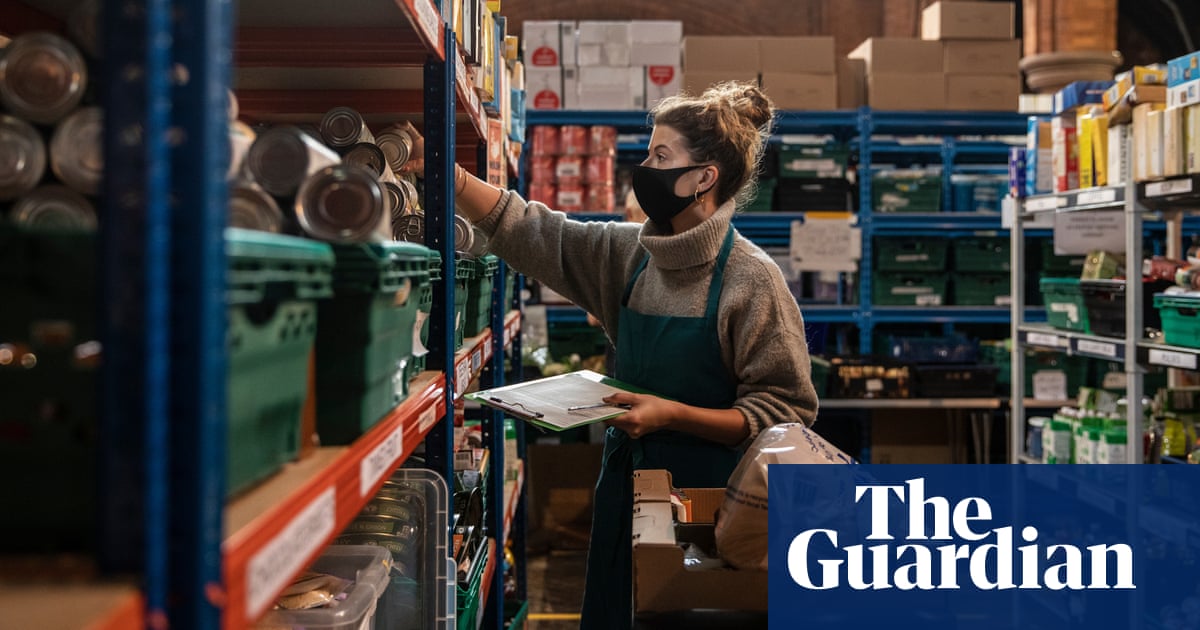 Almost 700,000 people in the UK, including 120,000 children, have been plunged into poverty as a result of the Covid economic crisis, according to a thinktank analysis.

The Legatum Institute also said an additional 700,000 people had been prevented from falling below the breadline by the chancellor’s temporary £20-a-week boost to universal credit, introduced in April to help claimants cope with the extra costs of the pandemic.

Overall, the pandemic has pushed the total number of people in the UK living in poverty to more than 15 million – 23% of the population – according to the institute, which uses poverty measures developed by the independent Social Metrics Commission.

The Conservative peer Philippa Stroud, the institute’s chief executive, said the findings showed a “clear need for a comprehensive anti-poverty strategy to be placed at the heart of the UK’s Covid recovery response”.

Lady Stroud, in common with many other anti-poverty campaigners, has called for the government to retain the 12-month uplift to universal credit after it is due to end in April 2021. Ministers last week said they would decide in January.

The new analysis relies on “nowcasting” techniques using employment, earnings data and the impact of government policy to enable up-to-date and robust poverty estimates, because official figures for the first year of Covid are not due until 2022.

Those hardest hit by the economic crisis were young workers, those in relatively low-paying employment and those working in sectors such as hospitality and retail. Elderly people were financially least badly hit, the analysis found.

Some non-working claimants who received the £20-a-week top-up have been effectively pulled out of poverty in recent months, the analysis shows, including 100,000 in lone-parent families and 170,000 within workless families.

“Conversely, there have been significant increases in poverty amongst families that were working prior to the Covid-19 crisis. These have resulted from job losses and earnings reductions that have tipped them into poverty,” the analysis says.

Stroud said: “Given the well-documented impacts that the pandemic is having on jobs and earnings for families right across the UK, it comes as no surprise that poverty is rising.

“However, our analysis shows that, at a time of crisis, government action can protect many of those who are vulnerable to poverty, but it needs to have the right tools and the right information at its disposal.”

The analysis does not model the impact of the benefit cap, which threatens to plunge tens of thousands more households into poverty over the next few weeks when their nine-month benefits “grace period” ends, leaving them potentially hundreds of pounds a month worse off.

Stroud, who was previously an adviser to the former work and pensions secretary Sir Iain Duncan Smith, is also chair of the Social Metrics Commission, a cross-party initiative aimed at developing a new method of measuring poverty.

A government spokesperson said: “We are wholly committed to supporting people on lower incomes and have paid out more than £100bn in welfare support this year. The £20 increase to universal credit continues to be in place until the end of March 2021.”