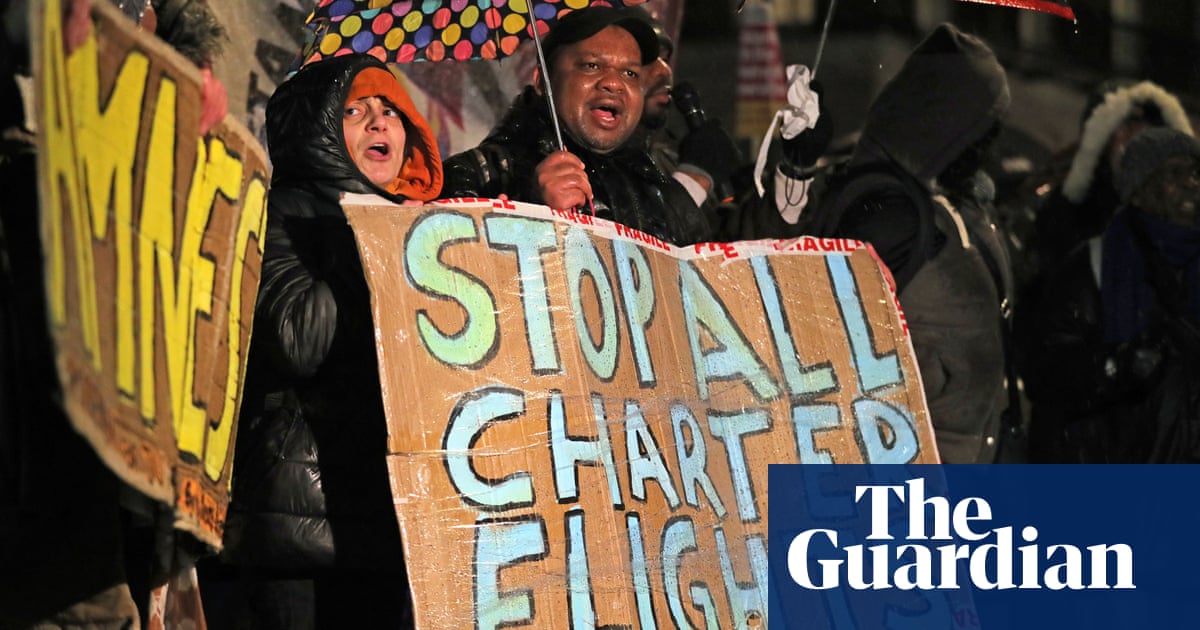 A deal has been quietly agreed between the Home Office and Jamaica not to remove people who came to the UK as children on a controversial charter flight to the Caribbean island this week, its high commissioner has said.

Seth Ramocan told the Guardian that following diplomatic overtures to the Home Office, officials agreed not to deport Jamaicans who came to Britain under the age of 12. The Home Office has declined to comment and there has been no public announcement.

It comes after 82 black public figures – including the author Bernardine Evaristo, model Naomi Campbell and historian David Olusoga – urged airlines not to carry up to 50 Jamaicans on the Home Office deportation flight scheduled for Wednesday.

Home Office charter flights are a common way to remove those classed as having no right to remain, including due to certain serious criminal convictions. The last charter flight to Jamaica was in February; many others due to fly had their deportation halted at the 11th hour due to legal action.

Charter flights to Jamaica are particularly controversial because of the Windrush scandal and because some earmarked for deportation came to the UK as children and had families there.

In 2018 a Home Office-commissioned report from the former prisons and probation ombudsman Stephen Shaw called for a new approach to the policy of detaining and removing people who had committed crimes but lived most of their lives in Britain. The Home Office has not implemented the recommendation.

But Ramocan said the high commission had made representations ahead of the Wednesday charter flight and that an agreement had been reached not to deport those who arrived as young children.

“It’s not law, it’s a kind of understanding,” he said. “They have consented to having an age limit. It isn’t that the law has changed in any way. It’s a consideration, a request that has been granted. We really appreciate the level of cooperation and consideration given to the representations we made to the Home Office.”

Karen Doyle from the campaign group Movement For Justice has analysed the backgrounds of charter flight deportees. She said that of a sample of 20 cases who are due to fly to Jamaica on Wednesday, it is notable that none arrived in the UK before the age of 12.

Doyle said: “With previous flights the proportion who arrived here as children was always much higher. This is a welcome change and something that has been fought for for many years. But the secrecy around it is disturbing. A backroom deal just for this flight is not acceptable. The change must apply to all those who came as children regardless of their country of origin.”

The Lib Dem home affairs spokesperson, Alistair Carmichael, said “it shouldn’t take the Jamaican government to force the Home Office” to act. “This sort of deal-making behind closed doors is no way to make policy on such an important issue,” he said.

Bella Sankey, the director of Detention Action, said: “If true, this agreement marks progress in reforming our barbaric deportation system, but why the secrecy? To be effective, this rule must be written into the law so that it can provide protection in practice and should be applied equally to all who arrive in the UK under 18, wherever they may have arrived from.”