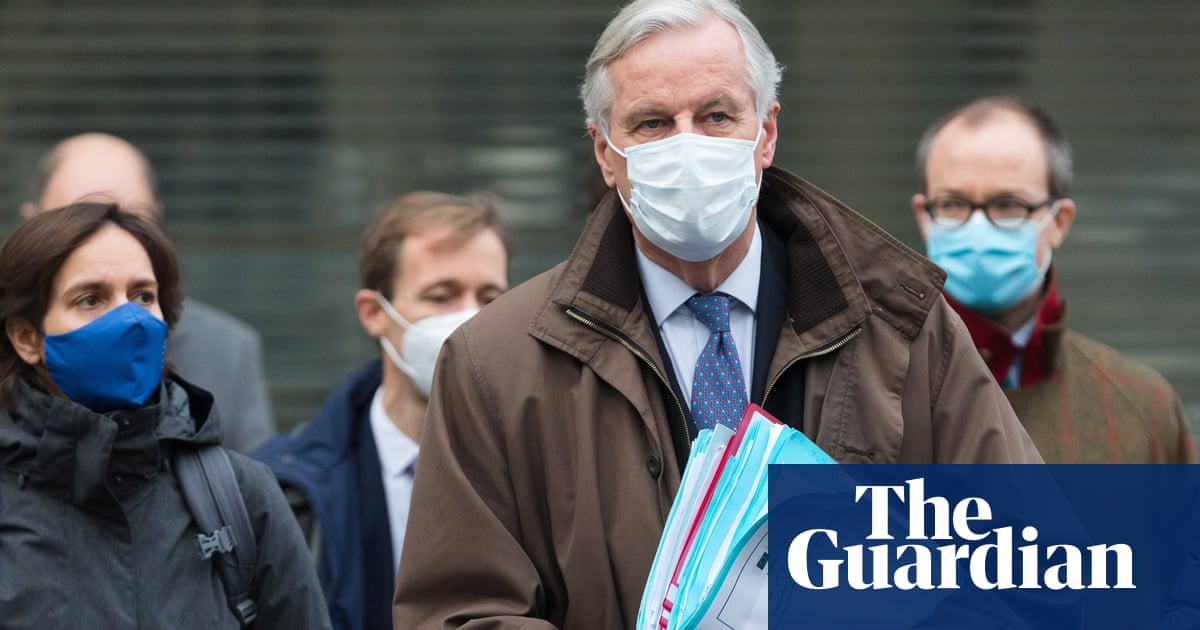 Michel Barnier has told MEPs that he is prepared for a further four days of make-or-break Brexit negotiations, with growing scepticism among EU member states about the utility of further talks.

After a week in isolation after a member of the bloc’s team tested positive for coronavirus, Barnier and his team resumed face-to-face negotiations in London on Saturday morning.

Barnier had told MEPs the previous afternoon in a private meeting that he would work through the weekend and then “maybe one or two more days” in a last-ditch attempt to bridge the large gaps between the sides.

EU sources said there was a growing feeling that the lack of progress and the need to truly ready businesses for the repercussions of a no-deal exit made it unwise for negotiations to continue beyond then.

An extraordinary sitting of the EU chamber has been pencilled in for 28 December, as first revealed by the Guardian. A final result would be announced at 6.30pm, central European time.

There is some doubt whether the EU would be willing to take the blame for a no-deal exit by walking away if this week fails to provide a breakthrough.

There is the “worst-case” option of the deal being provisionally applied and a vote being held by the European parliament after the end of the year, if further time appears useful, but that is not currently being considered.

The parliament has insisted, with Barnier’s backing, that it will have the “last word” on the trade and security treaty.

The negotiations remain stuck on the level of access that will be granted to European fishing fleets in UK waters and the means by which either side will be able to hit back if the other seeks to gain a competitive advantage by diverging on environmental, labour or social standards.

Barnier expressed his dismay to EU ambassadors on Friday that the UK was still claiming that the EU-Canada trade deal offered precedent for its negotiating demands.

He described progress on so-called level playing field provisions as “ephemeral” with one week’s progress constantly at risk of being undone by the next.

In the political declaration on the future relationship, both sides committed to “uphold the common high standards” in the UK and the EU “at the end of the transition period in the areas of state aid, competition, social and employment standards, environment, the climate crisis and relevant tax matters”.

The UK has agreed to non-regression on standards but it does not want EU law to be the baseline. That would introduce EU concepts and the European court of justice into the treaty. The two sides are therefore locked in talks about how to define their current common high standards.

The EU is also seeking a “ratchet clause” to ensure that as either side develops its standards over time, the other side faces consequences should it choose not to follow with equivalent regulations.

The negotiators are working on a model where if one side raises standards, the other must consider adopting them. The EU then wants an independent panel to judge if one side’s refusal to move in tandem is creating a competitive advantage.

They would then set a remedy. But the UK is resisting anything that amounts to Brussels having the right of prior approval on domestic legislation.

The scale of the difference between the two sides on fisheries was laid bare after Barnier told MEPs on Friday that the UK was seeking to repatriate 80% of the EU’s current catch in British seas, described as an “outsized” volume.

The EU has so far only offered to return between 15% to 18%, an offer described by British negotiators as “derisory”.