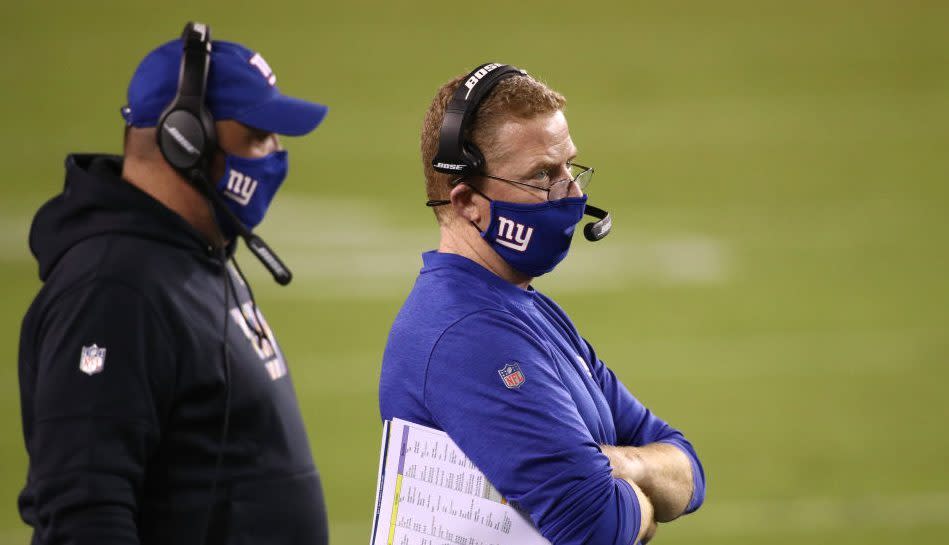 Jason Garrett brought Marc Colombo with him from Dallas when Joe Judge hired the former Cowboys head coach as offensive coordinator. But Judge fired Colombo only 10 games into the season after the two men reportedly feuded for weeks.

Garrett’s media session Friday was the first time he has talked publicly since Colombo’s departure.

He addressed it before taking questions, saying he wasn’t going to discuss the matter.

“The other thing I just wanted to touch on is the situation with Marc Colombo,” Garrett said after initially remembering Cowboys strength and conditioning Markus Paul, who died this week. “I know coach Judge has talked about that and addressed that, so I don’t see any reason for me to talk about it much further. Joe took care of all that, and we’re focused on what we have to do this weekend against Cincinnati. Thank you.”

So, of course, reporters did what reporters do: They asked Garrett about the decision to hire veteran line coach Dave DeGuglielmo as a consultant, which proved the last straw in the relationship between Judge and Colombo.

“Joe touched on that whole situation earlier in the week, so I’m going to let his word stand,” Garrett said. “Again, we’re excited about the growth and development of the line. They’re in good hands right now. We’re excited about this opportunity on Sunday against Cincinnati. It’ll be a good challenge for everybody.”

Judge’s decision to fire Colombo obviously appears to put Garrett in the middle, inviting questions about Garrett’s relationship with Judge and his future with the Giants.

“I think I have a great relationship with Joe,” Garrett said. “I have a tremendous amount of respect for him, like I said, from afar when he was coaching in New England. All the people that I know that have been around him had great respect for him. My time with him in New York has been a really positive experience for me. I’ve learned a tremendous amount from him. I like the program that we’re trying to build here with our team and how we go about it. I have nothing but great respect for him and appreciate the opportunity to coach for him here in New York.”