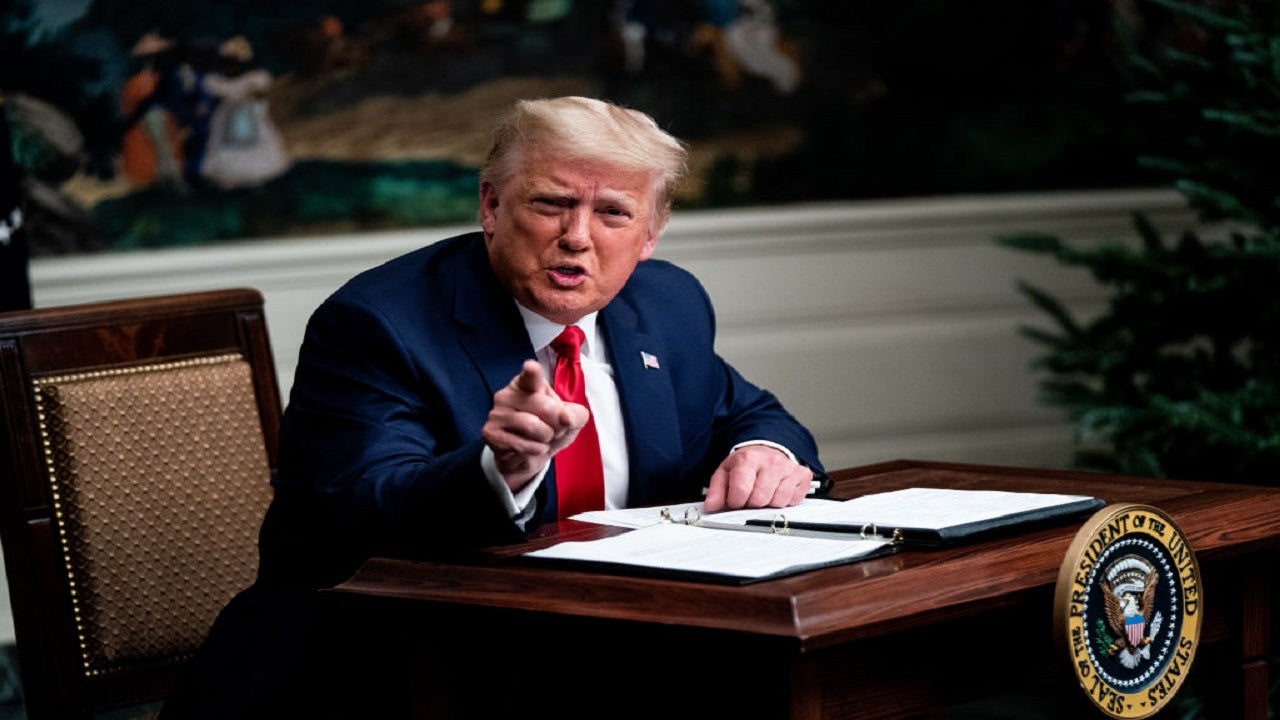 President Trump made a strange Thanksgiving appearance at the White House, seated at a small table and answering questions from reporters for the first time since Election Day.

Social media soon erupted under the hashtag #DiaperDon, mocking the little desk he sat behind, saying he had been moved to the “kiddie table” for the turkey holiday. The president, baselessly ranting again that the election was rigged, first saying he would leave the White House if Joe Biden was declared the winner by the Electoral College, then saying he might not.

Trump then insisted that “shocking” new evidence about voting fraud would emerge before Inauguration Day. “It’s going to be a very hard thing to concede,” he said, “because we know that there was massive fraud.”

There has been evidence of voter fraud in the Nov. 3 contest, in which Biden was the projected winner.

Trump also lost his temper with a reporter who interjected as the president falsely claimed fraudulent ballots had been cast.

“You’re just a lightweight,” he snapped, raising his voice and wagging his finger. “Don’t talk to me that — don’t talk — I’m the president of the United States. Don’t ever talk to the president that way.”

But it was the furniture that drew the most sarcasm on social media.

May this be how we remember the Trump presidency: a baby at his tiny little desk throwing a tantrum pic.twitter.com/T26DjF1fL4

Donald Trump was moved to the kiddie table this Thanksgiving. Watch out, the grown ups are here now. #Thanksgiving #trump #tinydesk #BidenTransition pic.twitter.com/tAeQ1ZjnCN

Somewhere there’s a piano missing its bench and a village missing its idiot pic.twitter.com/uCxC9p9PRY

Trump continued to incorrectly claim he had won the election.  “We were robbed. We were robbed,” he said. “I won that by hundreds of thousands of votes. Everybody knows it.”