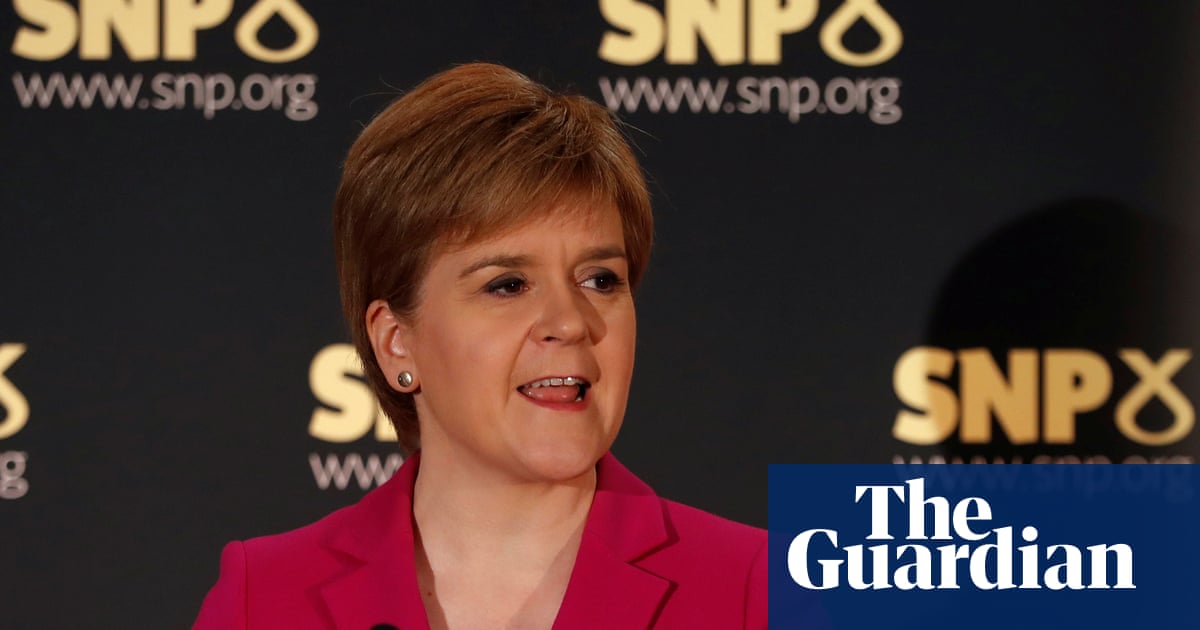 Despite its pared-down online format, this weekend’s Scottish National party conference will see two areas of significant tension between the leadership and ordinary members, amid anger at the quashing of debate on independence referendum strategy and frustration at the lack of black and minority ethnic candidates for next May’s Holyrood elections.

While the party leader, Nicola Sturgeon, refused to rule out a second referendum next year in pre-conference interviews, this is unlikely to satisfy those within the SNP and the wider independence movement pushing for development of a plan B for holding a referendum if the UK government continues to deny Holyrood the powers to hold one legally.

But senior party sources believe that Sturgeon’s popularity with voters and the bounce in support for independence this year gives them increasing latitude to disappoint these activists, arguing that a second referendum is not a priority for conference.

A senior SNP source said the party leadership believed combating Covid, dealing with Brexit and the combined economic impacts of both those crises had to be prioritised; they had to tread water on the second referendum for now. Recent polling indicates that most voters do not want one in 2021, even if the SNP wins a majority at next spring’s Scottish parliamentary elections.

Meanwhile, senior minority ethnic members are planning an emergency intervention after a concerted drive to encourage more candidates of colour to stand for Holyrood resulted in only one new minority ethnic constituency candidate, which the SNP’s only BAME MSP and the justice secretary, Humza Yousaf, has described as “beyond disappointing”.

They will demand that the party agrees to “zip” regional lists – the second way that candidates can win Holyrood seats – to prioritise candidates of colour. Zipping has been used in the past to alternate men and women on candidate lists.

Of 22 prospective minority ethnic candidates, only Kaukab Stewart was selected for Glasgow Kelvin, joining Yousaf as two out of 73 constituency candidates.

Stewart, who has pressed for representation within the party for more than two decades, agreed it was disappointing not to have seen more of a breakthrough, but insisted that progress has been made.

Anum Qaisar-Javed, a teacher who stood for selection in Uddingston and Bellshill, received online abuse during selection, that prompted an intervention from Sturgeon. She warned: “If people who were standing felt they were penalised on race there has to be an open dialogue with the party leadership afterwards. It’s not enough to say ‘we’re not racist’, we have to be actively anti-racist.”

Privately, multiple sources with knowledge of the selection process have expressed frustration at what they described as “window dressing”, “tokenism” and a failure to address structural racism within the SNP, with reports of prospective candidates encountering regular micro-aggressions in person and blatant abuse online.

Describing her experience as “largely positive”, Fatima Zahra Joji, who stood for Aberdeenshire West, was targeted by online trolls who claimed she had only passed vetting because she was from a minority ethnic community. Joji said: “It took years of work and planning to get BAME candidates to stand in record numbers, then we were accused by a small but vocal minority of being parachuted in.”

Osama Bhutta, who stood for the Cunninghame North nomination, formally complained to the party after a leaflet, titled “the Sins of Osama”, which he described as “defamatory, racist and Islamophobic”, was circulated anonymously.

Bhutta said: “Racism doesn’t just appear through people making Nazi salutes. It has always created ‘others’ and found ways to present them as a threat to our way of life. Moreover, I’m also worried what it will mean for other minorities later if the party doesn’t take action against this racist and underhand behaviour.”

An SNP spokesperson said: “More people from BAME backgrounds entered contests than ever before. And now there is a great opportunity for the first woman of colour to be elected to the Scottish parliament. This clearly represents progress, but we accept there is more work to be done”.

Meanwhile, wider calls to democratise party structures are coalescing around moves by the party’s Common Weal group to elect a slate of candidates on to the party’s NEC who want to give ordinary members a greater say in policy and decision-making.

Members are reported to be angry that popular motions on independence strategy, currency options and committing to UN-led nuclear disarmament have been excluded from discussion this weekend.

MP Joanna Cherry, one of the Common Weal-backed candidates, described it as “bizarre” that conference organisers refused an amendment based on her suggestion that the party set up a working group to consider all democratic and legitimate routes to a second independence vote.

“We need proper planning for a second referendum now: I want us to get our governance in order, decide on policy positions and have the answers to those questions that lost us the first referendum.”

But the senior SNP source insisted: “It’s a timing thing really. In my experience, over the last few months the yes movement has come back together and is prepared to let us roll out the strategy that we’ve got, the section 30 route; there’s much less push-back than there was six months ago.”

In early November Ipsos Mori found Scottish voters believed the economy, health and Brexit were more important issues than independence, while a narrow majority of voters did not want a referendum next year, even if the SNP won a majority of seats. Due to her assured approach to Covid, Ipsos Mori put Sturgeon’s popularity rating at +49 in October, with 93% of SNP voters satisfied with her leadership.

A discussion of referendum strategy is now expected to be thrown forward to a national assembly in January.

Chris McEleny, who has faced strong opposition from the party hierarchy as he pushed for discussion of a plan B, should a section 30 order be repeatedly refused, said: “We understand that it is difficult for Nicola Sturgeon to say she is focused on Covid then speak about independence, and that the party doesn’t want to put off the broad coalition of support it needs to win next May, but we are not delivering for the ten of thousands of new members who joined after 2014.”