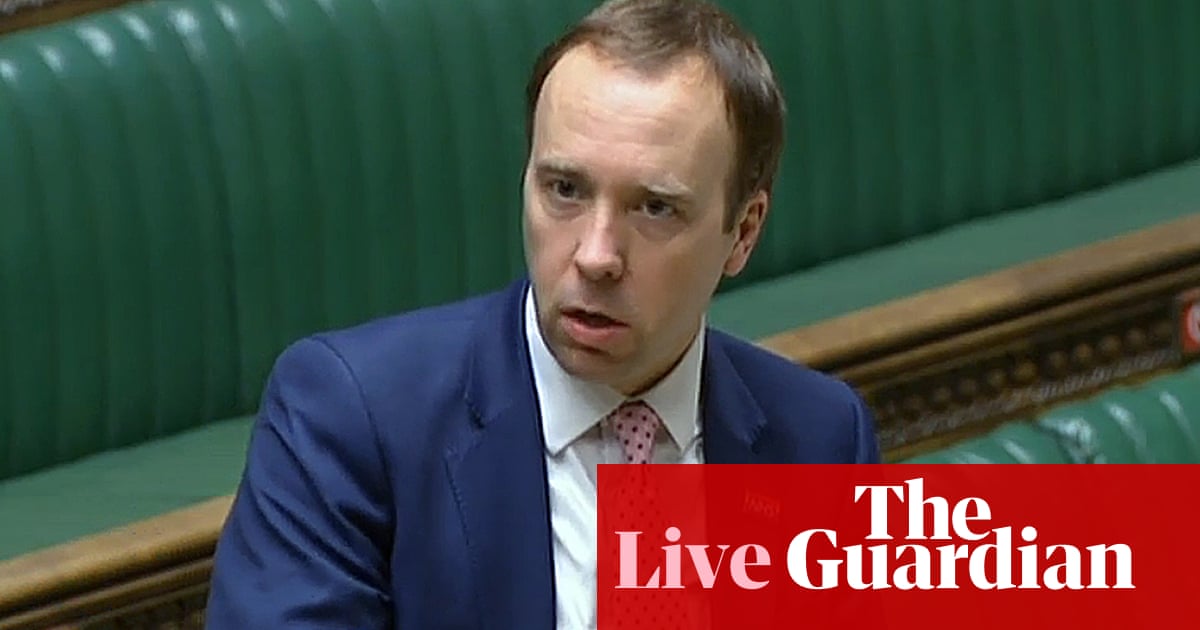 This is from Philip Whitehead, the leader of Wiltshire council, on the news that Wiltshire is in tier 2.

It is disappointing, but not surprising, that we find ourselves in a higher tier than before. We have been planning for such an eventuality and we want to reassure residents and businesses that we are here to help them get through this.

This is from the Conservative MP Steve Baker, deputy chair of the Covid Recovery Group, which represents anti-lockdown Tories.

My colleague Josh Halliday calculates that 98.7% of England is in the top two tiers. Only Cornwall, Isle of Wight and Isles of Scilly are in tier 1. They have a combined population of 713, 573 – 1.3% of England.

Pubs in Liverpool will be able to open for the first time in six weeks next Wednesday after it avoided the strictest coronavirus restrictions. The city, which was the first to enter tier 3 last month, will be in tier 2 when England leaves national lockdown on 2 December.

Liverpool has been hailed – somewhat uncomfortably for local leaders – as a poster child for the government’s coronavirus strategy having reduced its infection rate from 700 cases per 100,000 when it entered tier 3 to around 144 cases on Thursday.

Downing Street’s desperation to avoid any advance leaks of the tiering restrictions led to the shambolic situation of council officials having to frantically use the government’s online postcode checker to find out news, before it crashed under the heavy traffic.

Boris Johnson is in Commons for the Matt Hancock statement. It is Johnson’s first day out of self-isolation.

In the Commons Matt Hancock is now responding to Jonathan Ashworth, the shadow health secretary. Ashworth asked what the exit strategy was for areas in the highest tiers. Hancock says he already outlined it; complying with the regulations, and using mass testing.

Matt Hancock has also published a written statement this morning explaining the criteria used to decide which area is going into which tier and giving reasons for all the local decisions taken.

For example, this is what Hancock says about what Liverpool city region is in tier 2.

There is continued improvement across the Liverpool city region. Case rates (including for the over 60s) are decreasing rapidly with some notable improvements in Liverpool, Knowsley and Sefton. Cases have fallen by 69% over 6 weeks. However, despite improvements, case rates in over 60s remain high at 150+ per 100,000 people in all lower tier local authorities.

Interestingly, the ministerial statement on the website at the moment is littered with question marks, suggesting it might be an early draft from before the final decisions were taken. For example, alongside Liverpool it says “High (Tier 2) ?”

In the Commons Matt Hancock, the health secretary, is now making a statement about the tiers.

He pays particular tribute to Liverpool, saying that it is an example of how a city can move from tier 3 to tier 2.

He says areas in tier 3 will be able to use mass testing. And he urges people to take advantage of mass testing, so that they can get their areas out of tier 3.

And here are the tier 3 areas.

Yorkshire and The Humber

Here are the tier 2 areas.

Essex, Thurrock and Southend on Sea

all 32 boroughs plus the City of London

Hampshire (except the Isle of Wight), Portsmouth and Southampton

Here are the tier 1 areas.

Here is the full government list of showing which areas of England are going into which tiers.